Elisabet Ney was born in Münster, Westphalia, Germany, in 1833, and spent a great deal of her childhood watching her father carve complex statuary and gravestones. This galvanized her passion for the artistic discipline, and she became the first woman to study sculpture at the Munich Academy of Art and later at the Berlin Academy of Art, where she had the opportunity to study with master sculptor Christian Daniel Rauch. 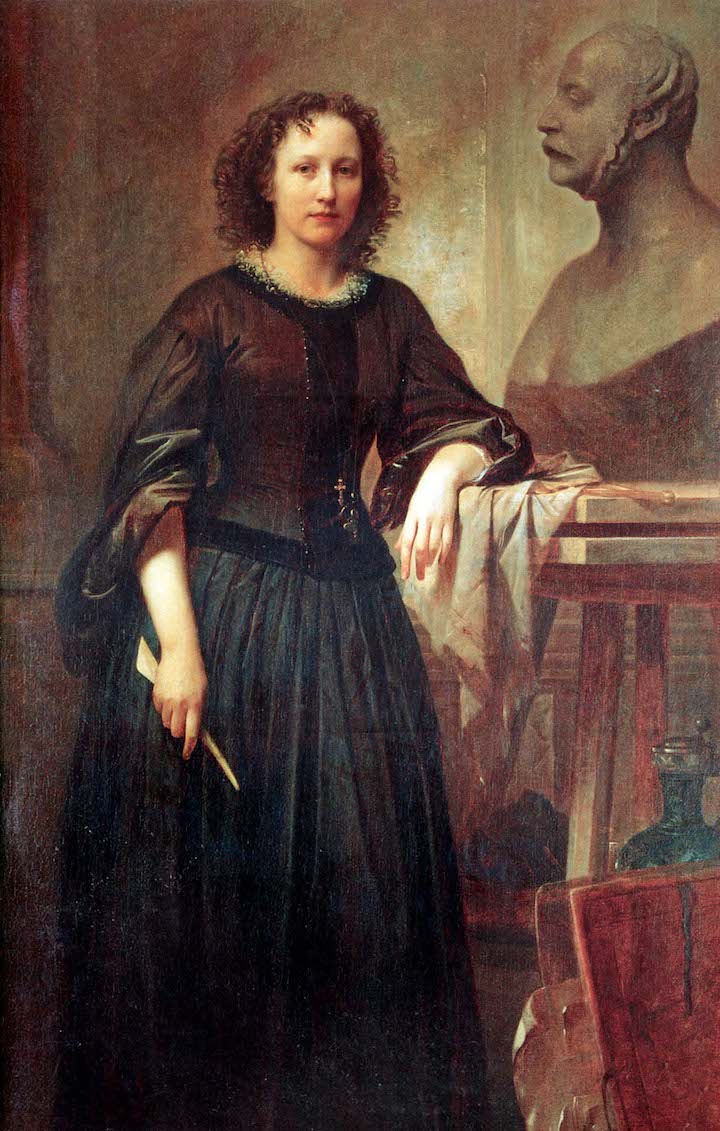 At the age of 19, to the astonishment and disappointment of her parents, Ney announced that she intended to leave home, move to Berlin and study sculpture with Rauch, one of the highest regarded teachers of sculpture in Europe. Rife with desires and connections, Ney went on to create sculptures of some of Europe’s most important thinkers and leaders, including Otto von Bismarck, Arthur Schopenhauer, and King Ludwig II of Bavaria.

In July 1870, the Franco-Prussian War ignited. In December 1870, at age 37, Ney discovered that she was expecting a child. At about the same time, her husband, Edmund Montgomery, a Scottish-born scientist and physician, received a letter from a German friend and former patient, Baron Vicco von Stralendorff, who had just married an American woman and was living in the well-heeled, American cotton-manufacturing and resort town of Thomasville, Georgia. Baron von Stralendorff wrote that he had “found Earth’s paradise” and implored Montgomery and Ney to join him and his wife in this “haven of peace and quiet and beauty.” 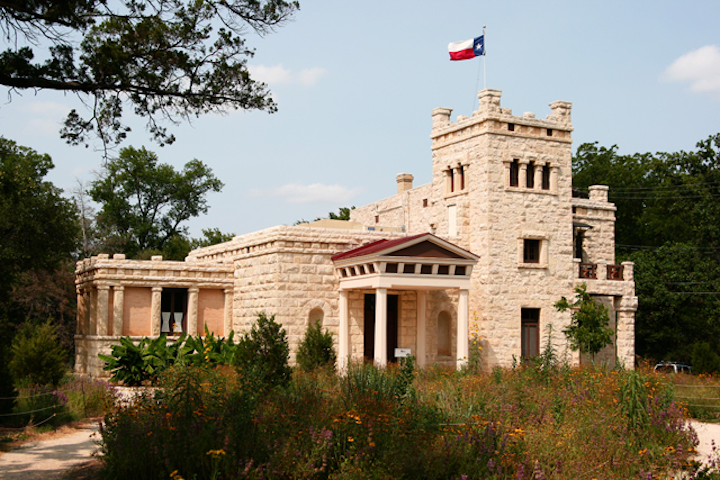 On the evening of January 14, 1871, Ney, Montgomery and another friend left Bremen, Germany, for America. After a journey of about 20 days, the weary travelers stepped off the train in Thomasville. After immigrating to southeast Texas in 1873, Ney planned a break from her artistic endeavors to maintain a 1,100-acre plantation, called Liendo, and raise her only son, Lorne, while her husband wrote and advocated to improve the opportunities of the local community. The Liendo Plantation was located on rolling prairie near the town of Hempstead, “Six-Shooter Junction,” Texas. Plantation life was difficult for Ney and various efforts of Ney’s to grow cotton, or to raise cattle, or to operate a dairy farm, all failed.

During this 18-year period at Liendo, she developed an eccentric reputation because of her short hair, her “unladylike attire” of pantaloons, her practice of riding astride horses rather than the traditional sidesaddle (expected of women during this era), and her decision not to change her original surname following marriage. 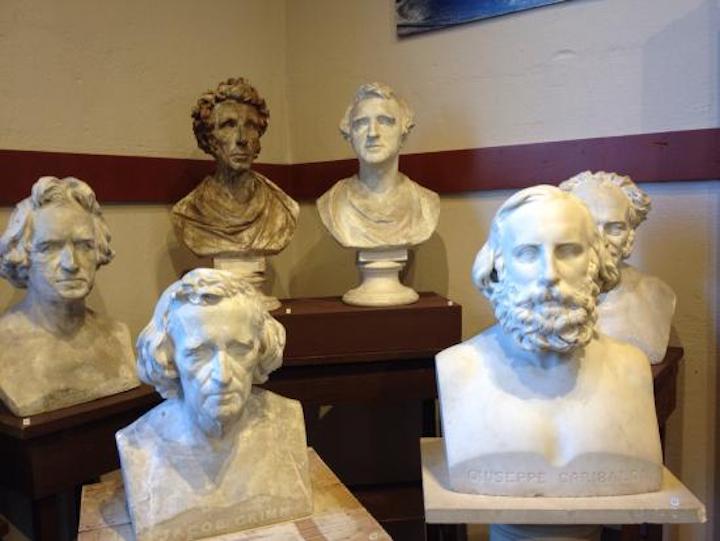 Ney’s career as a sculptor commenced when she was invited to Austin by Texas Governor Oran Roberts and commissioned to create two seminal sculptures, one of Sam Houston and the other of Stephen F. Austin, for the 1893 Chicago World’s Fair. Indeed, it was not until the Texas Legislature appropriated $32,000 for Ney to execute her portraits of Austin, Sam Houston, and Albert Sidney Johnston memorials in marble that her financial state of affairs became stable.

Ney invested much of her earnings in purchasing land and building her studio in Austin, so that she could work in the new, mounting city and be available for future commissions. Built in 1892, the original studio, called Formosa, meaning “beautiful” in Portuguese, reverberates back to another time and place. In the Formosa studio, an impressive display of plaster and marble busts of prominent politicians, intellectuals, and other important thinkers were carved by Ney.

In the main studio, the gigantic window also doubles as a sliding door, through which Ney could move large sculptures, such as Prometheus Bound, into and out of the space. (After Ney sold her studio in Berlin, all of her European sculptures were shipped to Austin and prominently displayed at Formosa.) Later, in 1902, Ney enlarged the space with a third room on the main floor, a second floor with a parlor for visitors, and then a castle-like turret, where she set up a quaint writing studio for Montgomery, with an unobstructed view of the surrounding meadow. The artist slept, often naked, underneath the stars on the rooftop of Formosa.

Her last major private work, completed in 1905, was a statue of Lady Macbeth, “artistically executed in the most beautiful marble which she had personally selected in Italy.” 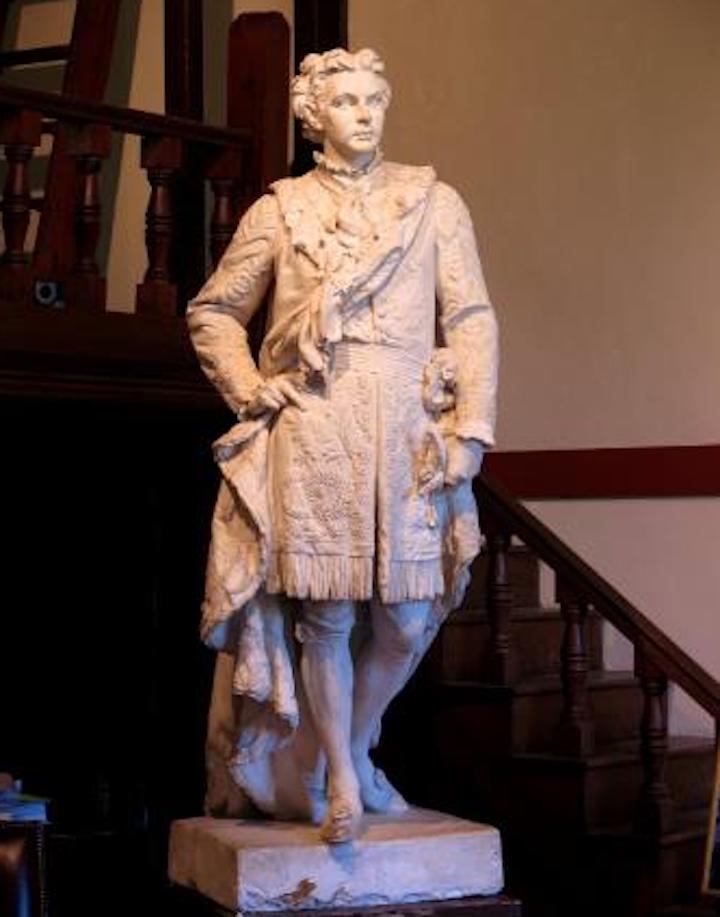 A sculpture of King Ludwig of Bavaria by Elisabeth Ney (credit: tripadvisor)

Upon Ney’s death in 1907, Montgomery sold Formosa to Ella Dancy Dibrell. In keeping with the sculptor’s wishes, the contents of the studio were bequeathed to the University of Texas. In 1911, Dibrell and her friends established the Texas Fine Arts Association, which later became Arthouse and, more recently, the Contemporary, in memory of Ney and her visionary spirit. In 2012, the museum underwent a number of renovations in hopes of boosting visitor traffic to the once-sleepy cultural landmark.

“She had very noble intentions, despite being eccentric and a bit shocking from time to time,” said Oliver Franklin, director and site supervisor of the Elisabet Ney Museum. The Elisabet Ney Museum, in Austin’s Hyde Park neighborhood, houses the studio of the talented sculptor who lived and worked there until her death in 1907.

In the south foyer of the Texas State Capitol stands a pair of life-sized statues: one of Sam Houston, the other of Stephen F. Austin: two men who helped mold the state of Texas and their marble renderings shaped by the hands of Ney.

Elisabet Ney’s legacy is perhaps best expressed in this personal letter written by her best friend, Edmund Montgomery, to Miss Ney’s cousin in Germany on the occasion of Ney’s death.

“She had gained wide respect and love among the people of Austin such as scarcely enjoyed by any other local citizen. Indeed, this admiration extended over all of Texas—a much larger state that the whole of Germany. The school children are being taught in their history classes how grateful the state is to her for the immortal contributions she made in the field of art. She was presented with a certificate of honorary membership in the Daughters of the Republic of Texas. Her studio was a shrine to which people from all parts of Texas came to admire her works of art…” 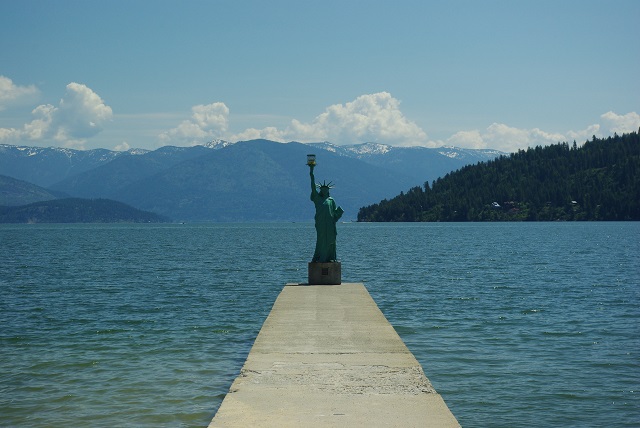 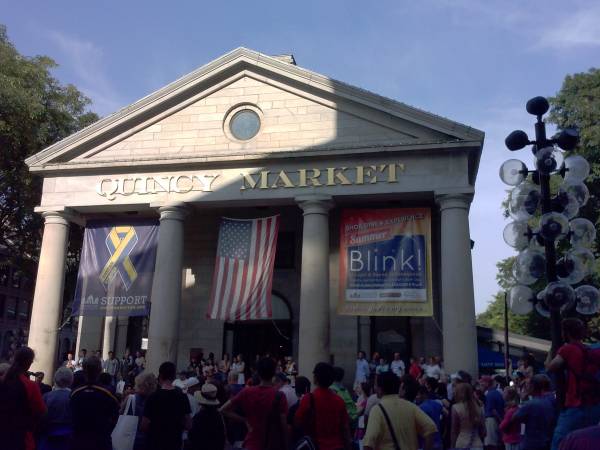