Bogota is shaking off its unjust reputation as mad, bad and dangerous. The Candelaria is the very heartbeat of this cultural and touristic renaissance.

Rolos, as Bogotanos are otherwise known, revel in the fact that they live in the “Athens of South America”. It reflects well on them, not because they shelter from the elements behind the pillars of a Colombian Acropolis, but that they are internationally recognised for their educated and polite nature. Nowhere else is this better displayed in Colombia’s Capital, Bogota, than in the historic Candelaria. 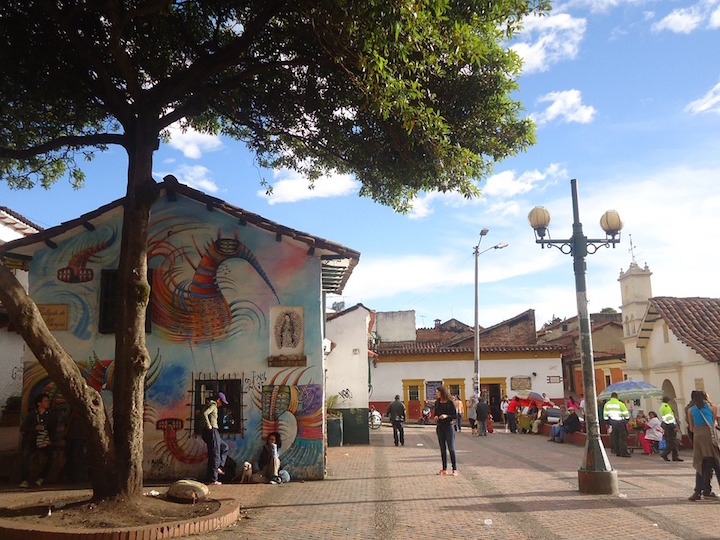 Situated in the centre of the sprawling and sometimes intimidating city, the majority of the buildings here hark back to the colonial era with tiled rooftops, colourful artwork, ornate windows and elaborate doorways. In the areas recently renovated, it is not hard to see why these narrow streets were the home to the Creole and Spanish Aristocracy. Now these very same streets, host students, backpacker residences and more culture than you would care to imagine.

Behind these tall and seemingly impenetrable walls, witnesses to all that has taken place in Bogota, are housed approximately 500 artistic and educational institutions in the form of dance schools, museums, galleries and eclectic shops, all of which enrich and convert a once rundown area into the most visited region in the capital. 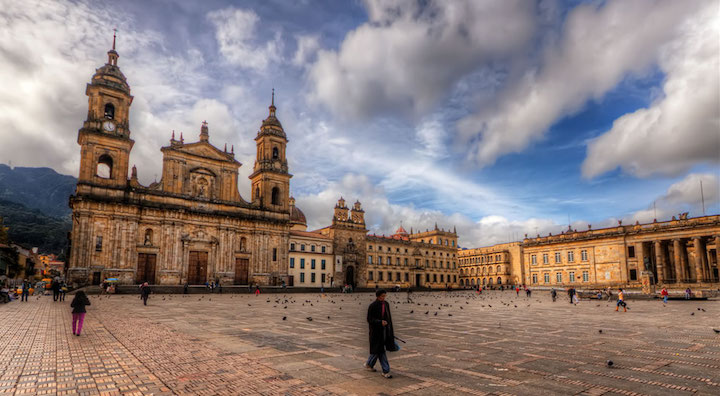 The centre and starting point for any lazy amble through these cobblestone streets can only be from the Plaza de Bolivar. Built in homage to Simon Bolivar the liberator of South America it clearly represents one of the most important images in the city. Bolivar is dwarfed on all four sides by opulent structures, the Cathedral, the Palacio de Justicia, the Palacio de Narino and the Alcaldia.

Hotels are not short on the ground here and the traveller will find any quality for every budget…from cheap backpacker digs to exclusive and luxurious hotels like Hotel La Opera and Hotel Casa de la Botica.

These buildings perhaps could be said to represent the formal side to the Candelaria, a block or two uphill and one encounters true bohemia in all its glory, housed in antiquity and the vibe maintained by the hordes of students educated in the area at various universities, La Salle, Los Andes, La Gran Colombia and the Externado. 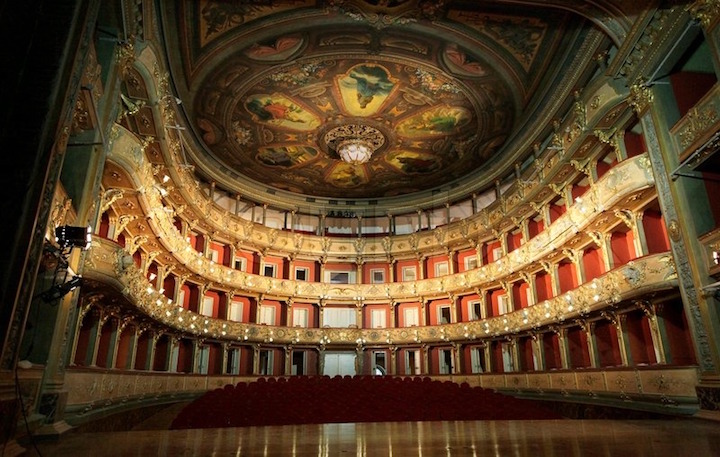 To stroll along the lovingly restored and now pedestrianised Calle 10 is a trip in itself. The street is lined with Museums, points of historical and religious interest and the majestic Teatro Colon. Further into this cultural cornucopia are the must visit Museo de Oro and BoteroMuseum. Marvel at the wonders from mythical El Dorado and then gasp at the corpulent artwork of Botero before settling down and reflecting with a café tinto, a traditional ajiaco soup or something stronger in any one of the diverse cafes and bars that line the historical centre of Bogota.

A Fitness Trip to Australia

he days when 3-S tourism was the pinnacle of vacationing are over. People, especially the younger crowd, want more than just sand, sunbathing... 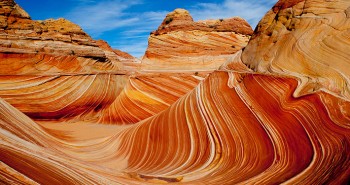 26 Reasons Why USA Must Be On Your Bucket...

Many people may not list the USA on their bucket lists. Perhaps the thought of other exotic locations sends the traveler spirit inside all of us...