Washington Park: A Village in the City of Denver, Colorado 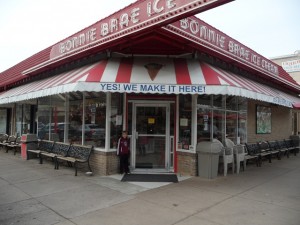 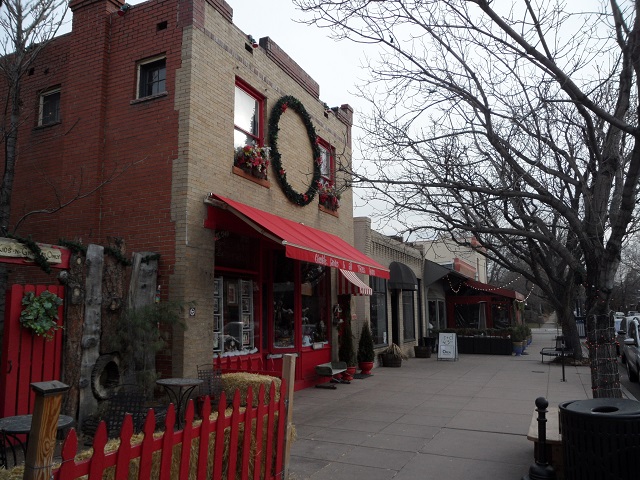 Shops along So. Gaylord Street

This wonderful area, which is divided into East and West, was designed by German architect Reinhard Schuetze in 1899. It boasts an interesting mixture of buildings, some of which date to 1878, with old bungalow homes, Denver Squares, an old farm house and new multi-story, Renaissance-style homes that line the park. The very nice, old-fashioned shopping area on South Gaylord Street comprises a multitude of great stores and restaurants, like the famous Washington Park Grille on the corner of Mississippi and Gaylord Streets and a brand new pizza place called Pub and Do. 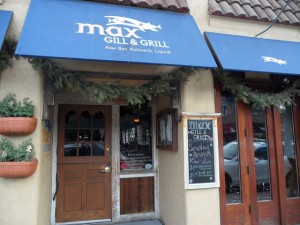 Every summer, there is an outdoor festival where stands offer free pancakes with syrup, shops display their wares along side art and photo galleries and, of course, there are amusements for the kiddies. But how can one forget Bonnie Brae Ice-Cream Shop, which serves 32 varieties of flavors of delicious, homemade ice-cream on the corner of Ohio Street and University Boulevard?

Yet, it is the park itself that draws thousands of people to its huge open grounds, which the Argentinian National Soccer Team has also been using for training in recent years. On weekends, you’ll see dozens 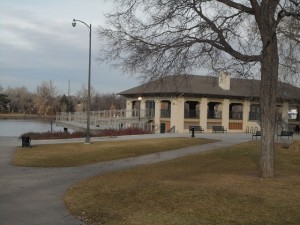 Boat House on Smith Lake in the park

of volleyball nets set up for play, flag football matches in the autumn, and scores of cross-country skiers glide by on the outer edges of the park. Runners and bikers race along the inner paved road for two and a half miles around the park, which also hosts a variety of charity races that include the “Turkey Trot” on Thanksgiving Day. The two lakes, Smith and Grasmere, lure local fisherman to the shorelines as well as boaters, who can rent by the hour. Near the center on the west side of the park, there is a marvelously smooth bowling green where tournaments are held each Tuesday evening during spring and summer. Fantastic tennis courts, which are well lit at nighttime, are located at the southern end, and there is even horse pitching near Grasmere Lake. 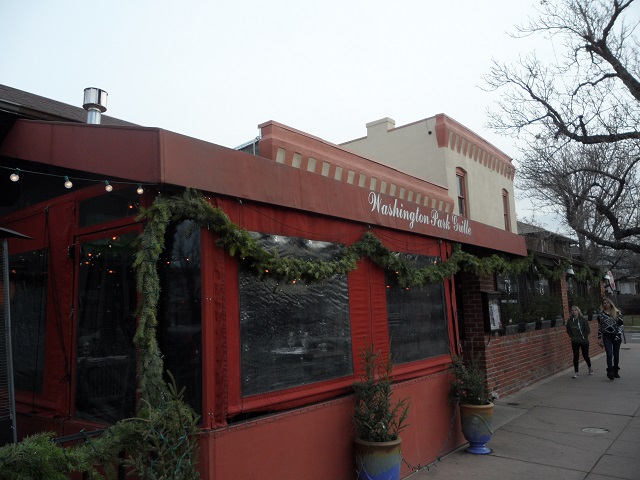 A beautiful feature of the park is its great variety of trees that include pine, cottonwood, willow, silver maple, and blue spruce. Right in the center of the park is a fine replica of George Washington’s Mount Vernon estate garden, with herbs and a variety of colorful hedges lining a maze of walkways down to the lake shore. A stroll through the pleasant flower garden just beyond Smith Lake is also worthwhile on a delightful, sunny day. 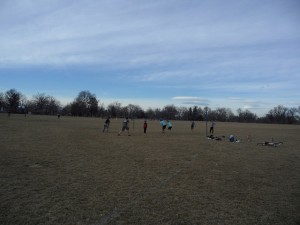 Volleyball in the park

On a personal note, after we moved to Denver from Laramie, Wyoming, in 1990, we did not know where to buy a home until we discovered Washington Park. We were fortunate enough to find a cute bungalow home on South York Street, just seven blocks from the park where my wife, Maura, and I have walked around the park at least a dozen times a year for the past 25 years. My grandson Sean Fleck accompanied me around the park to take pictures of homes, shops and the playing fields for this article. 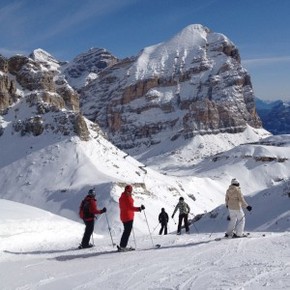 Mandela, Falls, and Meandering in Kwa-Zulu Natal, South Africa About an hour’s drive north from Durban, the world’s only monument to a... 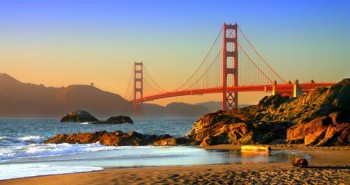