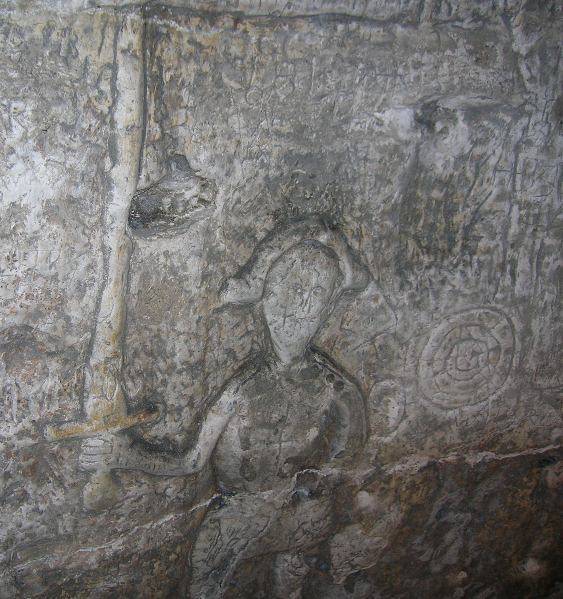 This mysterious cave located in the Hertfordshire town of Royston is thought to have connections with the Knights Templar and early Freemasonry.

Most people walking along the pavement of Melbourn Street in the Hertfordshire town of Royston take no notice of the grate located near the junction of Icknield Way. But this ordinary looking grate conceals a mystery deep below, an ancient cave containing enigmatic chalk carvings that has been baffling historians for more than two centuries.

The History and Possible Origins of Royston Cave

Royston Cave remained a secret for some 400 years. It was discovered purely by accident in 1742 when workmen in a butter market removed an old millstone which revealed a vertical shaft beneath it. This shaft led to a small man made cave by way of toe holds cut into the chalk. In the hopes of finding buried treasure, the shaft was enlarged to allow entry and the cave was emptied of debris. Although no treasure was found, it was discovered that the cave contained a series of low relief chalk carvings thought to be medieval in origin.

The carvings represent figures of saints, Christ and the disciples, the Holy Family, figures thought to represent knights and Pagan fertility symbols. Along with the carvings, several niches are carved into the cave walls. The cave was originally thought to have been used as a meeting place by members of the Knights Templar, a secretive group of warrior monks formed in the 1100s who became influential and wealthy up through the 13th century when they fell into decline. Many of the carvings suggest the presence of the Templars, especially those of the Saints Christopher, Katherine, Lawrence and George, all of whom had special meaning for the group. The area near Royston has many connections to the Knights Templar, including churches in Cambridge and Whittlesford, as well as other properties located in nearby Baldock and Shingay.

However, historians now believe that the cave may not have been used by the Knights Templar at all but that it was probably associated with early Freemasonry. Although the layout of the cave appears to be based upon the Dome of the Rock, an Islamic shrine located near Templar headquarters in Jerusalem and the carvings have special significance for the Templars, it is thought that the cave was actually an early Masonic temple. Some Templar rituals are believed to have survived in Freemasonry and the carvings and layout of the cave suggest that it was used in Speculative Masonry and may be associated with King James I who was responsible for bringing Freemasonry to England in the 1600s. The king often visited the Royston area, ostensibly for hunting, but perhaps to introduce new members to this secret society who used the cave as a meeting place.

Royston Cave is a bell shaped chamber that is around 25 feet high. A new entrance replacing the original shaft was added in 1790 to allow visitors access to the cave. The cave was listed as Grade 1 by English Heritage in 1964 and is currently owned by the Royston Town Council. Although the cave is maintained by English Heritage, it is an ongoing battle to protect the cave and its carvings. Every effort is made to preserve the fragile chalk carvings, but time and the elements have taken their toll. The cave floods in the winter, while in the summer it becomes hot and dry. Additionally, the carvings are subject to vibrations from cars on the busy street above. Most recently, Saint Katherine lost part of her crown.

Visitors to the cave will notice that in addition to the original carvings, the cave is also full of names and graffiti cut into the walls by early visitors. Before the cave was listed, people were allowed down for the payment of a penny and were able to do whatever they liked. The oldest dated graffiti in the cave are the initials “W.E.” and the year 1811.

The chalk carvings used to be painted and visitors can still seem some evidence of this. Niches carved into the walls of the cave were thought to have once supported a star shaped wooden platform used in Masonic rituals. A replica of an oil lamp, or cresset, hangs near the entrance of the cave. It was believed that a cresset was used in the cave and that smoke filtered through a crude chimney. Light penetrates the cave from the grille on the pavement above on Melbourn Street.

Royston Cave is open to visitors on weekends, Wednesdays and Bank Holidays from Easter Saturday until the last Sunday in September. Tickets are £3 and can be purchased at the Cave Shop next door. Because the cave is quite small, only 18 visitors are allowed in at one time. An audio tour of the cave takes around 20-25 minutes. Volunteers act as guides and are available to answer questions following the audio presentation.

The cave is located at the junction of Melbourn Street and Icknield Way in Royston. More information about the cave is on the Royston Cave website. 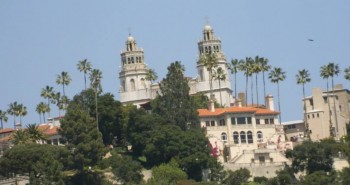