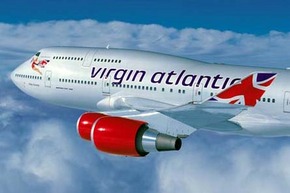 I just flew Virgin Atlantic twice in the past month and had two very different experiences on each one. The first flight was the 14th of June this year from LA to Heathrow Airport at 5 pm. I was traveling with my husband and 8 month old child. On that flight we had a wonderful crew, they got us the baby cot immediately after takeoff and gave us great instructions on how to use it. Several crew members offered us great ways to deal with the baby during the flight, including giving us juice for the baby to drink during takeoff and landing. During the flight one of the female crew members helped us create a play area on the floor for us and another baby sitting next to us, she instructed us on how to stay close to him and keep him safe while he was playing. Another gave us formula, baby food and washed our bottle three times during the flight without us asking. The entire crew was so nice and helpful they made it so much easier for us to fly with a child, plus they had at least 10 other infants that they did the same thing for. The crew even helped when the baby got sick bringing us things to clean up with I just wish I could tell that crew how incredible they were and thank them all.

The next flight was not even close to being wonderful. First we boarded the plane, we had already been flying two days from Asia. The female crew member that was standing in our area was busy flirting with a maintenance guy, for almost 20 minutes she and this fella talked and hugged, even made plans for the future that she could not help anyone find their seats or offer any other assistance. My baby began to throw up my husbands hands were full of vomit so he ran to dump the vomit in the toilet, so I took over grabbing what ever I could to catch the vomit while supporting my small child, she and the man just kept talking away just glancing our way to show disgust. I looked at her in desperation and asked  if she at least had a barf bag. She looked bothered that I was asking her anything and said look in the seat pocket, I showed her my arms and hands were full so she slowly made her way down to another seat and got the bag and set in on the floor next to me. She was totally useless, I was not asking for her to touch anything or get anything on her just a little help, like the bag, or a wet wipe to clean things up.

The man slowly left after they lovingly touched each other goodbye and my husband and I got things cleaned up and the baby calmed down, she then asked loudly at me “so what is it, is your baby sick or something?” I explained to her (which I don’t think should be explained to a travel professional), no he has been traveling for over 24 hours and is still a little air sick, this is normal for kids and adults alike, hence the barf bags. She looked totally lost in what I said, like I was speaking a foreign language. I then had to ask her for the seat belt extension for the baby and she said “does he really need it?” She only got worse during the flight, first drink service she threw two soda cans at us with cups, never offered us ice (the other half of the plane got ice in their cups, the soda was warm). During the meal time she was on drink service again and her comment to us was “do you really need any more drinks?” Seriously is this how you teach customer service? Then I went to change the baby’s diaper, the desserts came, my husband sat with a cake in his lap, he said the same girl threw one at him, did not offer any coffee or ask if I needed a cake as well. I went to the cart to ask for a cake she looked like I asked for a gold ring or something. I then noticed she had no coffee on her cart, people kept asking for coffee or tea and she told them it was not her job, the other side of the plane got coffee with their cake. I went and asked another crew member if she had any coffee that it was not offered with our cake. She said that should not have happened and ran off to get us coffee, she was working first class I’m sure she had her own people to deal with.

Anyhow things got worse, trash service came only once the trash piled on our feet and everyone else. There was one time in a 10 hour flight the crew offered water, only once, one group never got their trashed picked up and our favorite crew member told them she was no longer in a position to pick up trash so they needed to pile it into the seat pockets. One of the head crew members came around and saw all the trash on the floor around us and told us that was gross, really what did she want us to do, we do not carry the power to go to the galley and find the trash bin, if we could have I am sure that many of us would have been more than happy to not be living in filth. We had to ask for the baby cot (our call light was on nearly 30 minutes), we got told the baby could not play on the floor, even after I explained to her the last flight encouraged it (just be the same on every flight please, plus it was not just one crew member three had to stand around us until I picked him up, were they ready for a fight, I said nothing mean the whole flight to any one, always did what they asked). I went back once and asked if I could get the bottle rinsed out, out of 5 crew members standing around doing nothing one finally agreed, she was nice about it but seemed bothered. Honestly the way the crew acted it made us feel unsafe, like they were all lost not sure how to do their jobs.

I was a crew member for almost five years. It was not with this airline but the one I was with was well known for the great cabin service. We went through extensive training on how to handle all sorts of situations, so that people felt cared for and safe while in the air with us. We were safety first and customer service next. On a four hour flight I would make 5 different trash runs, water every two hours and when I prep the cabin for landing I would carry a trash  bag in case  we forgot something. I always opened cans and gave ice and offered to refill coffee after the first run. I don’t think my airline was special I travel often and get the same great care I gave. One airline even offered me wet wipes to bath the baby after he threw up on the flight. What happened to your crew? Is it just a hit or miss, it might be great or it might suck? How can one flight be great while the other was so horrible I fell forced to write this letter to you? I saw on the reviews of your airline that I am not the only one with this experience? My husband owns a travel site so we travel often and I don’t know what to say on weather to recommend your airline or not. Of course we know people still fly cheap first, but for how long?  The day of the consumer is returning, will this airline be ready for it? 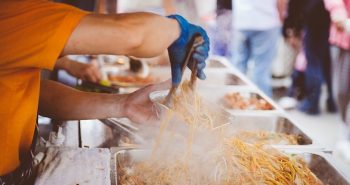 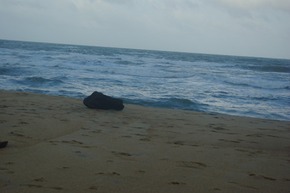 Sri Lanka a Diamond in the rough!

My husband and I just returned from our second trip to Sri Lanka, the first time we went for six weeks, this time we were there for just a month...

Must See Attractions to Visit in London

by Carl Westwood, Visit my Web: