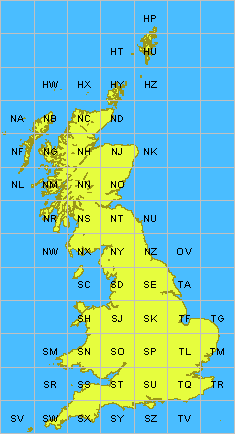 The overland adventurer relies predominantly on accurate mapping systems, this level of accuracy varies immensely depending where you are on the globe. In this article we’ll take a closer look at the mapping system used in the U.K.

The British National Grid provides a unique reference system and is based on the Transverse Mercator Projection; it is this system that forms the basis of all Ordnance Survey maps of Great Britain at all scales.

The problem of creating a national reference system was not seriously addressed until World War One. For military purposes, a workable grid by which points could be located and referenced was essential and out of this need developed the so-called ‘British Grid System’. This was adopted on military maps in 1919; it was replaced by the ‘Modified British System’ in 1927, the system remaining in use throughout World War Two.

The Development of the National Grid

The National Grid, although influenced by the war office grid, was also effected by Ordnance Survey experiments on its regular series of maps. A grid with lines 5000 yards apart and giving full co-ordinates was authorised in 1929 and printed on the ‘Fifth Edition’ of the one-inch map. This series commenced publication in 1931, but together with other experiments the Davidson Committee Report of 1938 over took the grid. After reviewing the historical precedents for the use of grids on Ordnance Survey maps and assessing their practical advantages a clear recommendation was made that ‘A National Grid should be superimposed on all large scale plans and on smaller scale maps, to provide one reference system to cover the whole country’. At the same time the international metre was put forward as the unit on which the grid should be based. The British National Grid was born.

The British National Grid, like its military predecessors consists of a systematic breakdown of the grid area into progressively smaller squares identified first by letters and then numbers. The largest units of the grid are 500km squares; twenty-five in number each designated a prefix letter alphabetically from A – Z omitting ‘I’, this is the first letter to be quoted in the current British National Grid Reference. Great Britain is covered by only four of these 500km grid squares, H, N, S and T. Each 500km grid square is then broken down into twenty-five
100km grid squares each identified by a letter, again A – Z omitting ‘I’, this is the second letter quoted in a reference. These two grid letters i.e. TQ may be found on the legend or on the corners of the map.

On Ordnance Survey maps these 100km grid squares are further divided into 100 smaller grid squares, each of 10km and numbered 0 – 9, from the South West corner in an Easterly and Northerly direction. These are known as ‘Eastings’ and ‘Northings’. So, a particular 10 km grid square can be identified using the two letters and then by the Eastings and Northings i.e. TQ63. If you wish to denote the first square in an Easting its designation would be zero, i.e. TQ03, to denote the first square in a Northing would be TQ60: this is true for all grid squares.

By using the ‘Romer’ on the compass baseplate to further split the 1 km grid square into 100 smaller grid squares, each 100m square, a full six figure grid reference can be obtained.

What Position Does the Reference Actually Denote?

The reference you quote refers to the South-Western corner of the square. It denotes a position of infinite accuracy; that said, it has a tolerance dictated by the length of the reference. The tolerance extends Easterly and Northerly from that point.

IMPORTANT. When giving or using a British National Grid reference the ‘EASTINGS’ have to be quoted first and the ‘NORTHINGS’ second. It should also be noted that if the two proceeding letters are omitted the numerical reference will be repeated every 100km.

Where is the Origin of the British National Grid?

The false origin which lies slightly South-West of the Scilly Isles was devised to ensure that all British National Grid co-ordinates were positive (i.e. to the East and North of origin 00).

400km were added to all Eastings and 100km were subtracted from all Northings. If co-ordinates were calculated from the true origin the positions lying West of the central meridian would be negative and the Northings although positive would exceed 1000km for some parts of northern Scotland.

The Metre. Just How is it Defined?

The Metre (m) is one of the four main units of measurement that forms the basis of the SI system, or, to use its correct name, “Systeme International d’ Unites”. As the Metre has been designated our unit of measurement we should take a look at how it’s defined and how it can be accurately reproduced.

The Metre is defined as the length equal to 1 650 763.73 wavelengths in vacuum of the radiation corresponding to the transition between the levels 2p10 and 5d5 of the krypton-86 atom.

We have looked at the datum we use for two dimensional navigation and must now turn our attention to the vertical datum. This is not quite so straight forward.

The vertical datum is ‘Mean Sea Level’ and is the level of the sea after averaging out the influence of tides. It is important to note that this datum is not used for marine navigation using bathymetric charts. We are now getting involved in Geoids & Spheroids, this is really outside the basic knowledge needed for normal overland navigation but I have included a basic overview for those that may be interested.

The Geoid is defined as ‘The equipotential surface of the Earths gravitational field’. Because the Earth is not a uniform lump of rock, its gravitational field varies from place to place. The Geoid ranges from over 100m below the W.G.S. Spheroid in the Indian Ocean to around 80m above it in the Western Pacific. In the U.K. the Geiod is about 50m above the Spheroid.

Accurate map making and satellite positioning rely on mathematical models that are neat, consistent and simple as a foundation. These smooth, symmetrical models are called Spheroids. There are many different Spheroids in use, the O.S. use the Airy Spheroid. Hope this helps to make things a little clearer when using an O.S. map. 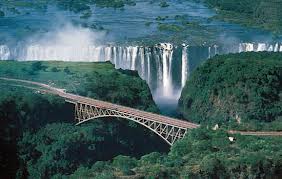 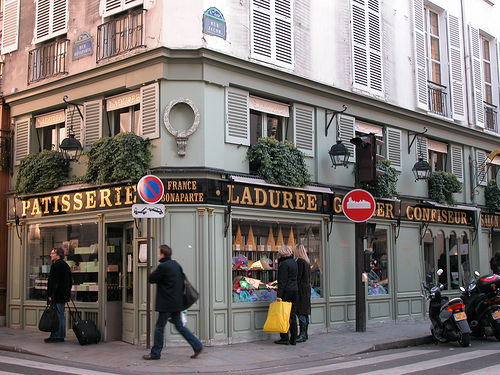 by Janine Lea-Oesi, Ladurée – synonym for quality and elegance – has three tea salons in the French capital. Make a point of... 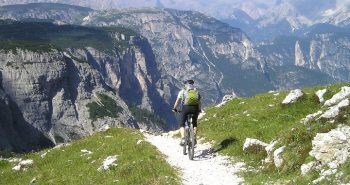 Why Mountain Biking is An Excellent Way to...

There are many ways to explore the world, and each has its advantages and disadvantages. If you’re an avid traveler who loves nature and...