“The sea, once it casts its spell, holds one in its net of wonder forever.” –Jacques Yves Cousteau 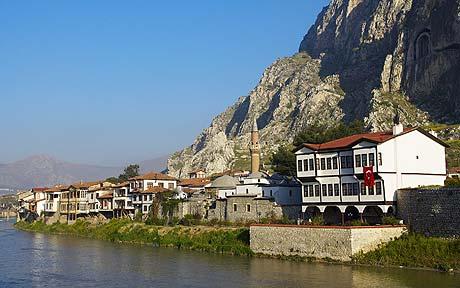 A world of wonder is what you find at Turkey’s Black Sea.  The region is rich in heritage, in sights, in culture – from stunning landscapes and natural wonders to World Heritage sites – here in all its ancient and mesmerizing glory. Standing on top of Al-Petri Mountain, one may wonder why such an iridescent blue sea is called the black sea.  It’s thought that the name was given to it by sailors and pirates who were struck by its dark appearance when the sky turned leaden with storm clouds. Known by another name as well, the ancient Greeks called it the Scythian Sea as they plundered shipwrecks and made wine goblets from sailors’ skulls. Happily, on a recent visit I enjoyed my wine served in a pretty crystal glass as I gazed out over a perfect Blue sea. Reasons to make this your next go-to vacation spot are many.  Here are just a few of them:

The coastal town of Amsara, built atop the ancient port of Sesamus, has a Roman bridge, Byzantine city walls, 14th century Genoese forts and historic mosques; inland is the town of Kastamonu with its 12th century castle.  While there, we made a side-trip to Bafra to view some pretty imposing excavations which date back to the Iron Age Hittite civilization.

Samsun is the town where Mustafa Kemal Ataturk drew up plans for what was to become the modern Turkish Republic.  The hotel where he stayed honors him in its incarnation as the Gazi Museum, and a villa that once belonged to Ataturk is on the outskirts of Trabzon. There we found colorful gardens with exotic flora: passion flowers, mullein, hornbeam and sweet chestnut.

The Black Sea has some of Turkey’s most scenic World Heritage sites, and one of the best is the town of Safranbolu with its Ottoman konaks (mansions) made of timber and stone. Soon two more landmarks of the region will become World Heritage Sites: the Sumela Monastery and the Genovese Trade Routes’ Trading Posts and Fortifications. 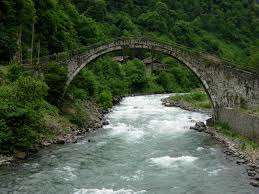 Named for the Hagia Sophia in Istanbul, Trabzon’s Hagia Sophia dominates the town. It was dizzying to gaze up to the cathedral’s vaulted ceilings soaring heaven-ward and then, look down at the intricate mosaic work beneath our feet. Another celestial experience was journeying to the Sumela Monastery built 4,000 feet up in the cliffs of Mt. Mela.  Begun in the 4th century by Greek monks, it was ultimately completed in the 14th century – a very important archeological highlight of the Black Sea.

Sinop is the only naturally sheltered harbor on the Black Sea, and has been a port for 1,000 years.  Here you’ll find the commanding Sinop Castle.  It was constructed in the 7th Century BC

with walls 10 feet thick and 100 feet high.  Sinop takes its name from the Amazon queen Sinop and wandering through this special town, it still after millennia, exudes warrior-like strength.

A really good way to experience this region is by road tripping.  After all, the Black Sea is home to no less than 16 protected nature reserves in the provinces of Artvin, Balikesir, Bolu, Duzce, Samsun, Sinop and Zonguldak. The goal of these areas is to preserve endangered species of flora and fauna.  The Highlands here are covered with fir, spruce, cedar, oak and elm trees as well as flowers like snowdrops, wild azalea and forest rose.

The easternmost outpost on the Black Sea is Artvin, famous throughout Turkey for its many festivals celebrating regional cultures and featuring music, food, costumes, dancing and more.

Most festivals take place in late spring, summer and early autumn.  This past summer I had the good luck to be in Artvin during a festival featuring such memorable activities as the famed bull wrestling competition. It’s for certain there are not too many places in the world where one can view this extraordinary contest.  Mano-a-mano wrestling competitions followed the bull thing but it wasn’t nearly as exciting! A colorful part of this festival is the traditional dance troupes decked-out in vivid, ethnic costumes.  While here, add to your not-to-be-missed-list  the Karagol-Sahara National Park with its deep forests and glass-like lakes.

Lake Uzungol is in Zigana’s Kalkanli Mountains.  The lake is extraordinary at 3,200 feet long and surrounded by pine forests and typical village houses that have now become popular with campers, hikers, and fishermen. Near the Georgian border is the rugged Yusufeli conservation area, remote and historic with Georgian and Armenian churches.  Feel a need to get out on the water? There’s white water rafting on neighboring Coruh River.

In Rize, coffee is a hallmark of Turkish culture, but tea is the essential part of daily life and the town is the center of Turkey’s tea production.  I saw vast, terraced plantations of both black and green tea and in a bazaar, a nice Turkish lady made me a cup,  taking the time to brew tea leaves in boiling water which she then served me in a delicate, clear glass to show the deep red color and to transmit the heat to my hand.

How can we leave out Hamsi? This small fish is similar to the anchovy and in the region it is abundant.  In fact, there are no less than forty different dishes made with hamsi, including desserts.  Let’s just say it’s an acquired taste and leave it at that.   More to my liking, there’s the Akcabat Kofte Hazelnut center in Ordu and in July, it hosts a Golden Hazelnut Festival.

“The trouble with the Black Sea weather is that you can’t trust it,” says Ihsan Cetin, an official in Ankara’s Tourism Ministry, “but if you’ve ever been swimming in this sea, you won’t want to swim anywhere else. Because it is so clear and sweet, you wouldn’t mind drinking it!” Sweet, indeed – the entire Black Sea region.  Plan a visit soon.

To Know If You Go:

In mid-April, my wife and I and friends visited the fascinating Perot Museum of Nature and Science in downtown Dallas, Texas. After it opened for the... 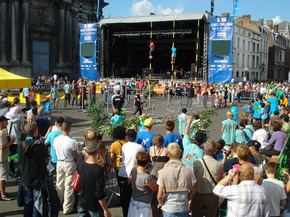 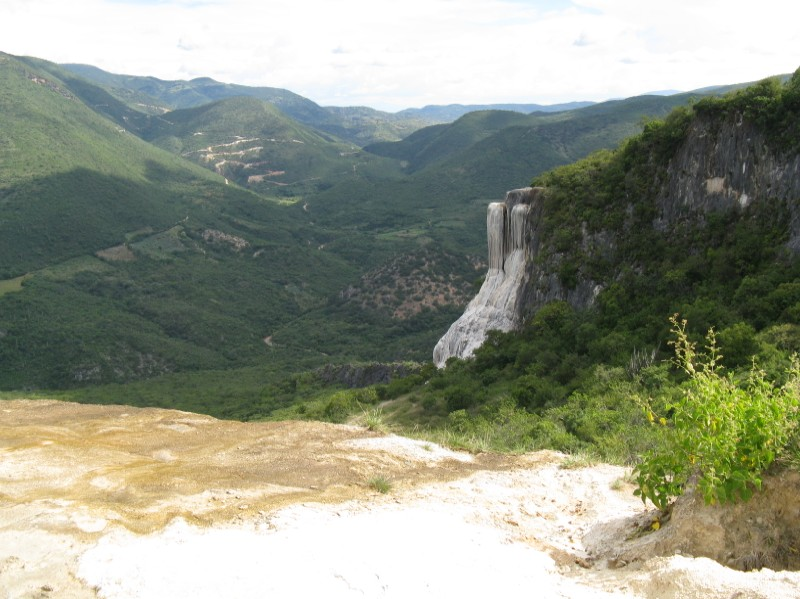