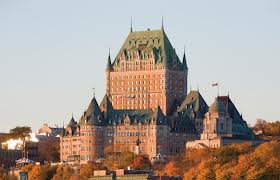 With over 400 years of history, Quebec City and its surrounding areas are loaded with things to see and do. We’ve tried to perform the impossible task of narrowing it down to a mere 10. To hear more about these and other activities, listen to our Travel Show on Quebec. Below, in no particular order, (because they’re all so fun) are our favorite top  10 activities.

The combination of buildings and streets dating back centuries, a walled city and people speaking French (don’t worry, the locals are mostly bilingual and very nice about speaking English) gives you the feeling of being in Europe. Stop by the Fairmont Le Chateau Frontenac (866-540-4460, 1, rue des Carrieres), an incredible hotel sitting high on a cliff above the St. Lawrence River that has become the symbol of the city. The boardwalk in front of the Chateau offers amazing views of the river below.

This crescent right below the cliff that holds the Old City, has plenty of history and beauty in its own right. A great way to learn the history of the area, and the city as a whole, is to explore it on a bike tour with Cyclo Services Bicycle Tours (877-692-4050, 289, rue Saint-Paul).

This area, pronounced “ Saint Rock,” has been revitalized over the past decade to become the city’s hip new neighborhood filled with restaurants, clubs and boutique shopping. Stop by Les Bossus Restaurant (418-522-5501, 620, St.-Joseph Est) for great food and atmosphere, or stay at Hotel Royal William (888-541-0405, 360, boulevard Charest Est) for a location convenient to a variety of areas of the city.

his fort in the Old City has played an important role in the history of the city, and the Citadel (418-694-2815, 1, Cote de la Citadelle) is still an active military facility for the Royal 22e Regiment of the Canadian Forces. A 60-minute tour is both interesting and very valuable for learning the history of the area.

The Plains of Abraham

After taking the Citadel tour and learning about the 1759 Battle of Quebec, walk right over to where it took place on the Plains of Abraham, which is now a huge, beautiful park with its own exhibits, concerts and things to do.

Kids will love seeing polar bears, seals, walruses and a variety of other animals is the Aquarium du Quebec (418-659-5264, 1675, avenue des Hotels). Parents may want to call ahead and find out about a program that allows children to assist the animal keepers, and even learn to teach the animals tricks for the shows.

If the seals and walruses interest you, go see the biggest animals in the ocean by doing a whale watching trip. Cruises AML (866-856-6668) runs whale watching trips out of Tadoussac, Baie-Sainte-Catherine and other ports that are a bit of a drive out of the city, but well worth the trip for the chance to see a variety of whales, including belugas.

A fascinating piece of Canadian history can be found at the island of Grosse Ile (888-773-8888) not far from Quebec City. Throughout the 19th and early 20th centuries, the island was used as a quarantine station for immigrant ships, and today it is a beautiful national park where many of the buildings have been preserved to use in a historical tour. Take a fun boat trip on Croisieres Lachance (1-888-GROSSE ILE, 110, de la Marina, Berthier-sur-Mer) to get there.

Visiting L’Entrecote Saint-Jean (418-694-0234, 1080, rue Saint-Jean) is an opportunity to try “Entrecote Sauce,” a delicious combination of curry, mustard and other secret ingredients poured over steak and fries. The restaurant claims to be the only place to find this sauce in North America.

The arts are in full bloom in the summer. Cirque du Soleil puts on an outdoor show only performed in Quebec City, “The Image Mill” turns the giant grain silos in port into a huge outdoor screen, or try the festival celebrating French heritage or music festival.

Quebec City is full of great things to see and do, picking just 10 is hard to do. 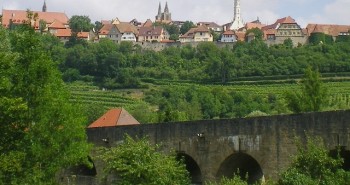 The quaint town of Rothenburg ob der Tauber is a beloved destination on Germany’s Romantic Road in the northern Bavarian region of Franconia... 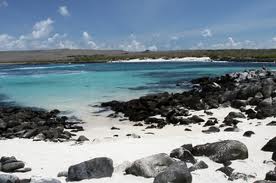 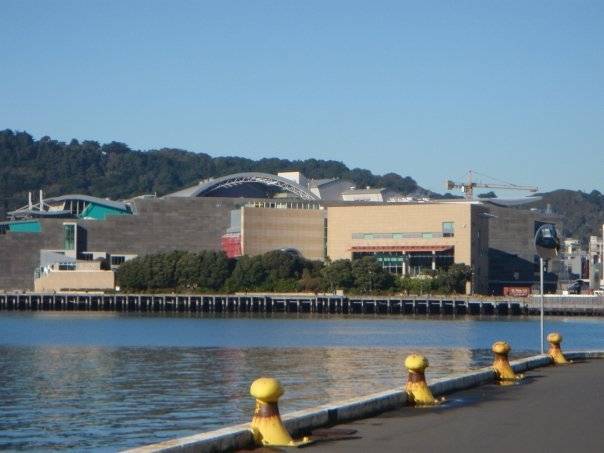