You say you like your cruises small and intimate, not one of those gigantic “floating cities” with 5,000 – 6,000 passengers where chaos reigns and one needs a sign in the elevator telling you what day it is.  Well, then, a cruise on the Karizma, a Kompas Adriatic Cruise Line carrying just 35 passengers might be just your ticket. I had the opportunity to cruise on this vessel recently and explore many destinations in Croatia. Each was cruise-worthy, each captivating, and by the very nature of Kompas’ strategy and planning, each destination allowed us to spend adequate time to fully experience the site. We toured the cities with very capable guides and, at times, even overnighting so that a romantic late-night dinner at a seaside café, or a dance-till-dawn club was a distinct possibility; one that I and many of my mates took full advantage of! 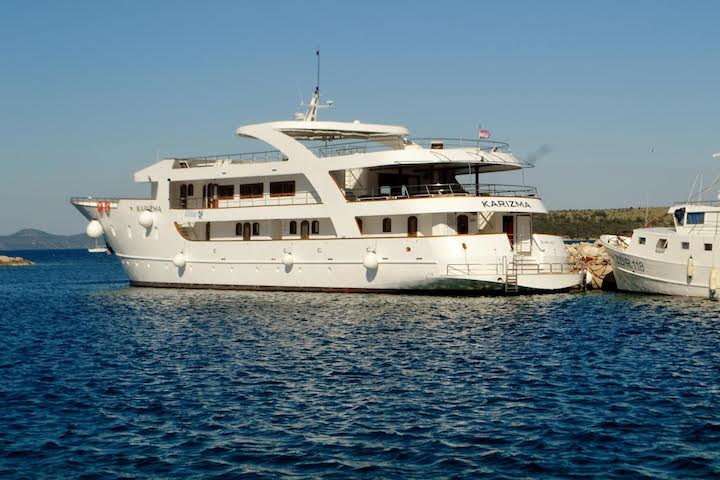 The weather was fresh, pure, and bracing so for the Jacuzzi was most welcome, as were the lounges on the top deck. We had a bird’s eye view of the sparkling sea from there as we peeked out from under fluffy blankets. The sky above was almost always a piercing blue, the water mirror-like and nearly still. It was here that I found quiet and solitude; watching the world go by silently, and it smoothly turned out to be one of my favorite activities.

The Karizma can best be described as basic and no-frills; however, the crew is friendly and the beds are comfy. You’ll have breakfast and lunch (no dinner); thus it promotes wandering around whatever port you’re in, and finding an appealing restaurant. During the day, between ports, you’ll have plenty of time to kick back, meditate, cloud-watch, water-wonder, and commune with the pristine scene that surrounds you.

Our Croatia experience began in Zadar, the oldest continuously inhabited city in the country, tracing its origin to the 4th century BC. Today, Zadar is a historical center of Dalmatia, one of the most popular tourist destinations, and is considered “Croatia’s new capital of cool.” We had an absorbing walking tour of the town with its old walls built in the 16th century by Venetians as a defense from the Turks. We visited the Church of St. Donat and the largest cathedral in Dalmatia, St. Anastasia; however, for me the highpoint of Zadar was our visit to the Sea Organ.

Listen to the Music

Built under large marble steps leading to the Adriatic, this crooning structure uses wind and waves to create enchanting sounds (not dissimilar to the song of the whale). Conceived in 2005 by architect Nikola Bašić, underwater it consists of narrow channels that connect to 35 organ pipes. Each set of steps holds five organ pipes and is tuned to a different musical chord. As waves and wind push air through the channels, sounds pour forth and out onto the steps above. The result is an experience hauntingly memorable, even hypnotizing. In 20007, the Sea Organ won the European Prize for Urban Public Space because it was a “perfect grandstand for watching the sunset over the sea … while listening to the musical compositions played by the sea itself.”

Another highlight: just 80 miles from Zagreb lies the astonishing Plitvice Lakes National Park, Croatia’s oldest and largest park. An emerald Eden and UNESCO World Heritage site, the park has 16 terraced lakes linked by boardwalks, streams, and tumbling cascades. One can hike to a canyon or to the cave at the base of the national park’s tallest (256-foot-drop) waterfall. A site not to be missed. 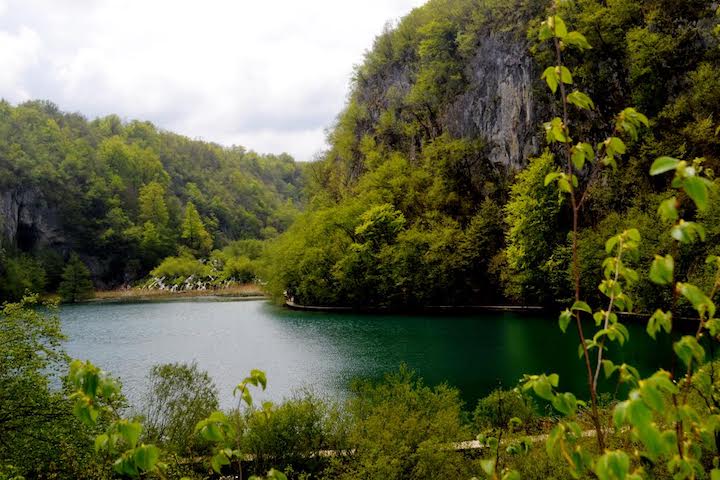 More waterfalls! In Krka National Park, amidst stunning flora and some fauna (a lone deer perched on a hilltop), are some magnificent waterfalls including one of the most beautiful in all Europe, the Skradinski Buk. Franciscan monks built a monastery here in 1445 and later rebuilt in the 18th century. It contains a number of well-preserved artifacts as well as a library, and early Roman catacombs under the church.

The town of Trogir is set within Medieval walls on a tiny island linked by bridges to the mainland and to the island of Čiovo. There, the 18th century Cathedral of St. Lawrence houses the Renaissance Chapel of St. John. We climbed up into its bell tower and were glad we did as, sprawling before us, was a sumptuous view of the Medieval city, its walls intact. You can combine sightseeing here with a beach day on Čiovo, or take a boat to the unspoiled offshore islands of Drvenik Mali and Drevenik Veli. 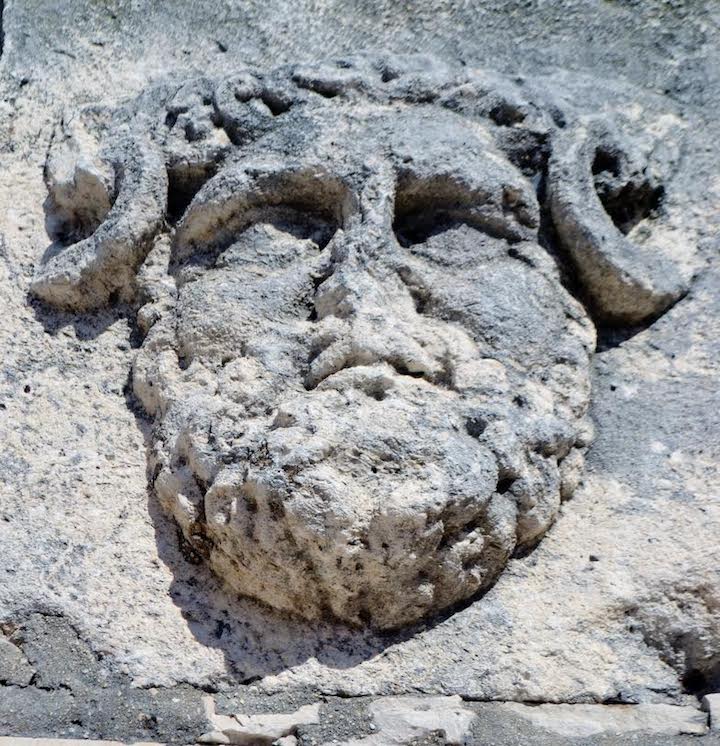 Split is the celebrated town known for its beaches and the fortress-like complex at its center, Diocletian’s Palace. This structure was erected by the Roman emperor in the 4th century, and its vast remains include more than 200 buildings. We traversed its white stone walls, strolled its courtyards, and finally came upon numerous shops, bars, cafés, hotels, and houses. Touring inside the palace, an acapella group of singers (called Klapa) serenaded us with folk tunes. The city is always buzzing and combines a good balance of tradition and modernity; a great place to see Dalmatian life as it’s really lived.

Croatia’s premier party town has got to be Hvar! In high season, it can host up to 20,000 people a day, an improbable feat in this small bay village where 13th-century walls surround ornamented Gothic palaces and traffic-free marble streets. We wandered along the main square and explored winding stone lanes. If you feel up to a fairly strenuous walk, hike to the town’s imposing fortress dating back to 1278. Plan to arrive at sunset when the view is unparalleled, and the town is bathed in golden light. This experience was reward enough for the hike, and our treat (of course, we needed one!) was checking out the popular cocktail bar, Carpe Diem, sitting on its flowering terrace and sampling some highly original and delicious drinks. Lasting impression: Hvar = fun!

Perhaps my favorite port was Korčula, lying just off the Dalmatian coast. It is the 6th largest island in the country and known for its dense forests. “Little Dubrovnik” is what the townsfolk call it, due to its many Medieval squares, churches, and palaces. I was charmed by its shady walk along a flowering path lined with pretty restaurants next to the sea, the water an impossible turquoise and clear as crystal. We dined at Filippi Restaurant known for its superior seafood and, of course, the breathtaking view shimmering just below us.

Mljet is the most forested island in the Adriatic where untouched nature contributes to a kind of mysticism over its olive groves, vineyards, and woods. It’s said that the Greek hero Odysseus spent his holidays here. The Mljet National Park is rich with life; there are about 650 plant species and more than 115 bird species. It’s part of the European network Natura 2000, the largest ecological network in the world, whose mission is to ensure the survival of Europe’s most endangered species and habitats. There are two salt water lakes and a Benedictine monastery, St. Mary’s, on a nearby island reached by boat. Hiking and biking paths are spread across the island and, as it’s always shady, you’ll trek around in comfort even in the heart of summer.

Pearl of the Adriatic

On our seventh and last day: the UNESCO World Heritage Site, Dubrovnik. Here one is enveloped in a truly Medieval atmosphere. The city was an important Mediterranean Sea power from the 13th century onwards. Although severely damaged by an earthquake in 1667, Dubrovnik managed to preserve its beautiful Gothic, Renaissance, and Baroque churches, monasteries, palaces and fountains. The ancient pharmacy inside the Franciscan Monastery was extraordinary and the Placa, the city’s main street, was replete with cafés, galleries, shops, and restaurants. It was inspiring to walk along the ancient city walls that protected a civilized, sophisticated city for centuries.  Although the world was aghast when the city was shelled during the early 90’s war, it has since returned with strength and beauty.  Dubrovnik enchants anew. 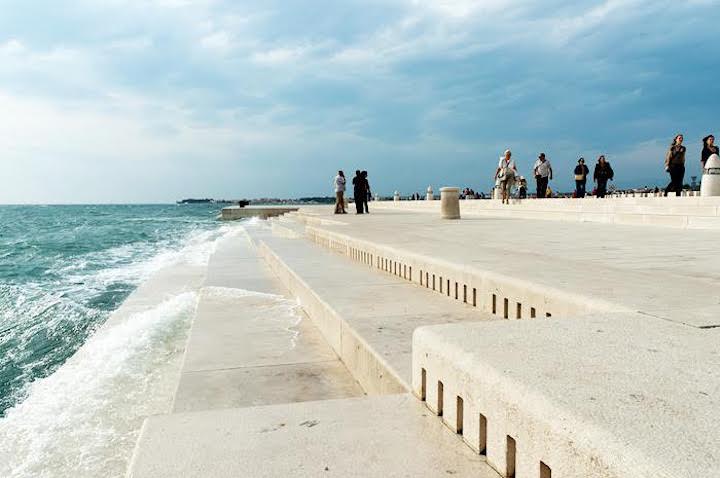 Experiencing these Croatian ports-of-call was an unforgettable adventure, and it’s heart-warming to find that traditions are alive and well with age-old religious ceremonies, folk music, dance, and let’s not forget, its superb wines! On board, the Captain’s Dinner with entertainment by a group of Klapa singers, its affable and gracious crew, and the snug corners where we sat and chatted with new friends, will linger in our hearts. Yes, there’s certainly something to be said for the cozy warmth of a small, intimate cruise. Zivili! 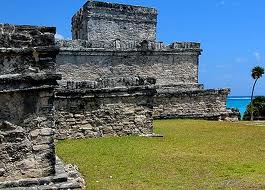 by M Gravlee, Tulum, located 15 miles south of Akumal, was once called “Zama”, meaning “place of the dawning”. This... 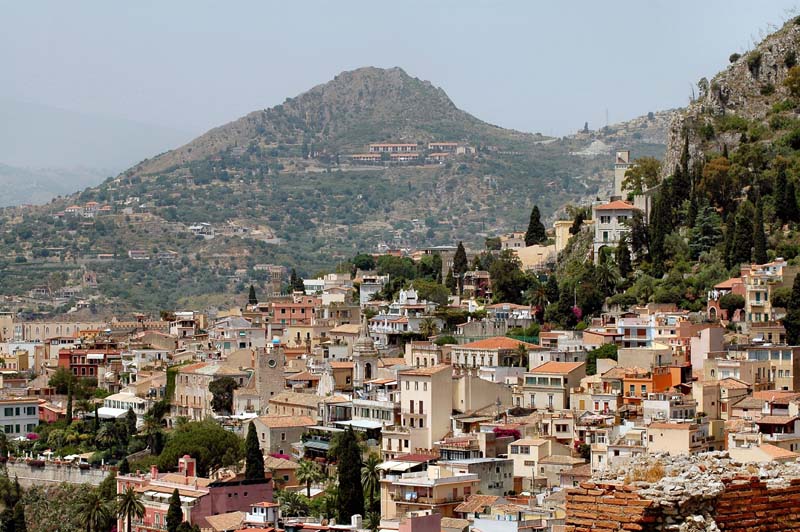 The Arab Invasion of Sicily-Taormina Taormina, a lively resort town high in the mountains above Sicily’s eastern shore , has spectacular views... 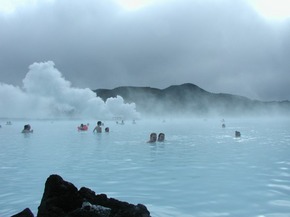 Every time I mentioned that I’d be going to Iceland for a 4-day weekend in January brought the same question with the same intonation with the...

Leave a Reply to Agness of Fit Travelling Cancel reply