The Spirits of the El Mirador

Built in 1928 in what was once the small town of Palm Springs, also known as the Sandbox of the Stars, the El Mirador was an all-inclusive resort for the rich and famous.

It boasted an Olympic-sized swimming pool with three diving boards, a Spanish-colonial bell tower, gardens and seven restaurants. Tennis courts, horse stables, shuffle board, a golf course are just a few examples of activities that the El Mirador offered to its 300 guests, in order to create an enjoyable vacation. 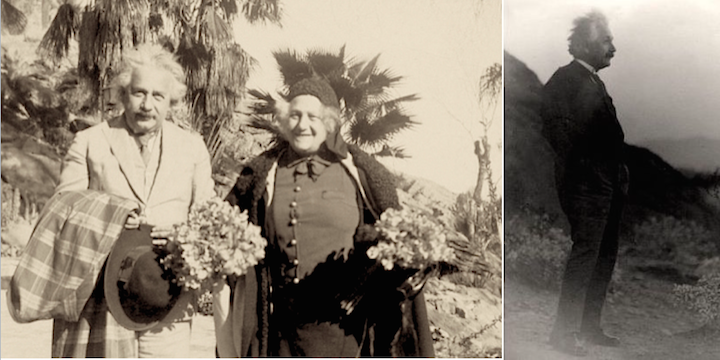 Albert Einstein and his wife/ Einstein at the gardens

Although such resort wasn’t uncommon at that time, the El Mirador set itself apart, drawing a special crowd of dignitaries, presidents and, of course, Hollywood royalty. There are pictures of Marilyn Monroe sitting on a diving board, Lucile Ball daydreaming on a window seat, Frank Sinatra and Dean Martin playing a round of golf with Bob Hope, and even one of Albert Einstein lounging in the gardens.

The resort only closed for a few years during World War II, at which time the government used it as the 1600-bed Tourney General Hospital for wounded solders. 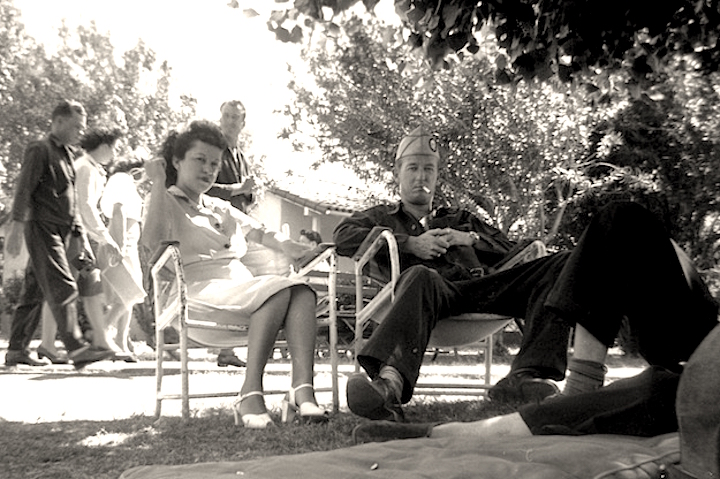 Afterwards, the resort shared some of its land with a 50-bed community hospital, much of which still stands today. However, as the area grew more popular, the need for a bigger hospital emerged and led to the founding of Palm Desert Hospital. Although the El Mirador was successful, the interest in such resorts began to wane in the 1960s, causing the eventual closing of this once beloved hotel. 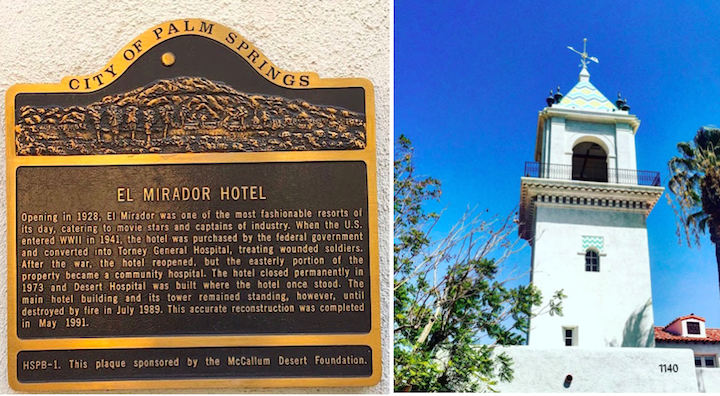 More Hollywood stars arrived in Palm Springs, and they began building homes around the area. Those icons of the silver screen donated their time and money, with various fundraising  events to help Palm Desert Hospital develop into a 120-bed trauma center. Tributes to the many benefactors are still an active part of the hospital today, such as the Lowe Trauma ICU and the Dinah Shore ICU family waiting room. Many of the current employees and volunteers still have fond memories of the famous people who graced this hospital. Tenent Health bought the hospital years ago, and it has become a world-class, 385-bed trauma center known as Desert Regional Medical Center.

My husband and I decided to visit DRMC recently to see if any of the El Mirador was left, or if it had just become a busy urban hospital, a mere shadow of its holiday past. We first met with the historian of the hospital, volunteer Barbara Eves, who still remembers the El Mirador Resort. She sat down with us and gave us a brief history of it, sharing photos and memorabilia of the hospital and the El Mirador. 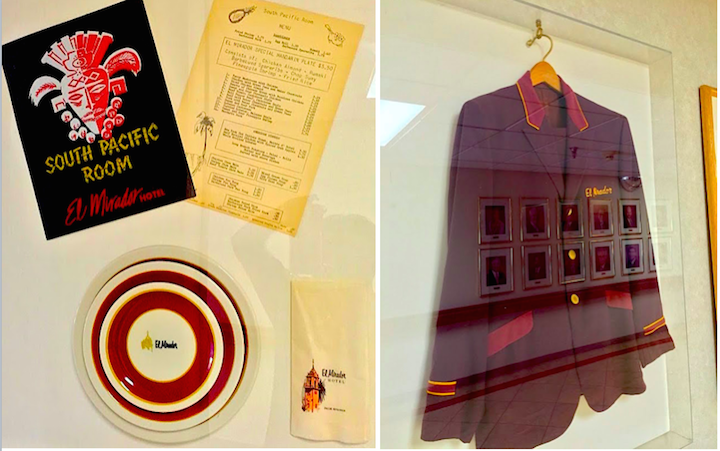 She also led us on a brief tour, providing us with the opportunity to see the initial lay-out of the resort, with parts of the original hospital still standing and in use. Although what she told us was helpful and interesting, I’m always interested to see if I can use my other senses to see, smell and feel the past. Time and experience have convinced me that land and buildings hold the memories of times gone by, and I was excited to see if I could get any of those vibes here. I can’t help it, I’m a writer and history buff.

We started our visit in the original hospital, which is the East Tower, and made our way down the long, dark halls to an extension of it known as the Sinatra Education Center. Frank Sinatra played an active role in the promotion and expansion of the hospital over the years. He not only dedicated this specific center to his father, but he also organized fundraising events called “Love-ins” for the construction of the adjoining Sinatra Tower. The star-studded evenings took place on a total of three Valentine’s Days and cost $1,500 per plate, with the first one raising $2 million in 1980. I was hoping to find some great spirit-awakening in this particular tower, but, sadly, it merely emanated an emptiness of a hollow shell instead.

Committee planning of the “Love-in”

We continued on, following our guide, Barbara, to the Sinatra Tower elevator, where several plastic cases exhibit items from the resort’s past. A bell captain’s uniform, menus, and plates in fine China are a warm tribute, but they appear slightly lost. The sight of these, however, enhanced my desire to find the very heart of the El Mirador.

We arrived in the main lobby of the hospital (stopping at the coffee kiosk for a caffeine fix) and wandered over to the benefactors wall, which displays numerous pictures of generous donators, their smiles and stares locked in a moment in time. We stood there for a while and wondered what each of them thought when the hospital asked to hang their pictures on that wall, forever in the memories of the staff and patients of the hospital. These were famous and influential people of their time, each one reflecting a story. Such portraits aren’t normal hospital photos, but here they’re more like family portraits, the kind you look back upon with found recollection. I gazed at the picture of Frank Sinatra and his wife, sitting together in a warm and loving pose, and it felt as if they were next to me. Some say that they have had similar sensations in various parts of the hospital as well. 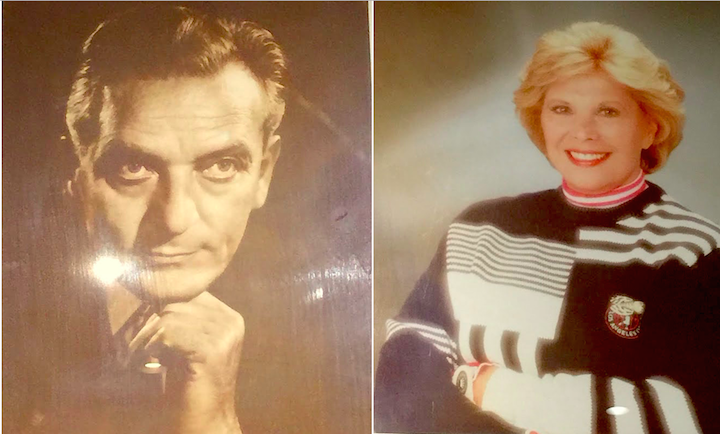 Loretta Young was also famous for her tireless work with those infected with HIV/AIDS. She would regularly sit with dying patients in the ward at the hospital, holding their hands at a time when most people feared them. The hospital had a chapel built in her memory, with a sultry picture of her greeting you at the door. From the moment I entered, I picked up on a subtle hint of perfume, a sign that lets you know that she is most definitely there with you. Others have also attested to the same experience. 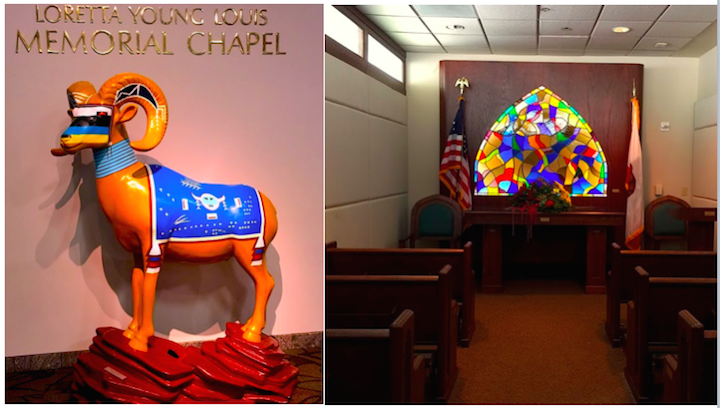 Before we left, we took a moment to admire the main hall of the hospital. I must admit it’s a beautiful place, but I was here to find the spirits of the El Mirador. We didn’t find any old maps of the former resort, and we could only guess where places used to be. The only landmark we knew was the bell tower, which is a replica of the original that had burned down, and we heard that the grassy area below it was the location of the famous swimming pool.

After we wondered around the grounds for nearly 20 minutes in 105-degree heat, we decided to find respite under a tree on that grassy area. As we sat there, the essence of the El Mirador suddenly became very real to me. I was able to picture what it had been like here where the former Olympic pool was once the focal point on a hot afternoon.

Olympic pool (before and after)

I imagined myself sipping a cocktail while dangling my feet in the cool, blue water, wearing a large sun hat and over-sized sunglasses in the sun. I hear voices, laughter, chatting, water splashing, ice cubes swirling in glasses, forks and knifes clanking against plates. The area is suddenly alive, bustling with guests from the past, the guests of the El Mirador. Marilyn Monroe is posing on the diving board; Eva Gardner is enjoying a refreshing swim; Donna Reed and Lucile Ball are sunbathing; Frank Sinatra, Cary Grant, Lionel Barrymore and Gilbert Roland are sitting on the deck near the pool eating, drinking, laughing, and playing cards. Johnny Weissmuller, also known as Tarzan of the Jungle, is doing laps in the pool. I look over at the gardens to see Albert Einstein, Spencer Tracy, H.G. Wells and Charlie Chaplin deep in conversation, while John Wayne rides by on his horse. Not far away, I can see Betty Davis walking her dog, stopping for just a moment to talk to Lana Turner, who rides up on her bicycle. The El Mirador is alive; I have found it, here at the swimming pool. 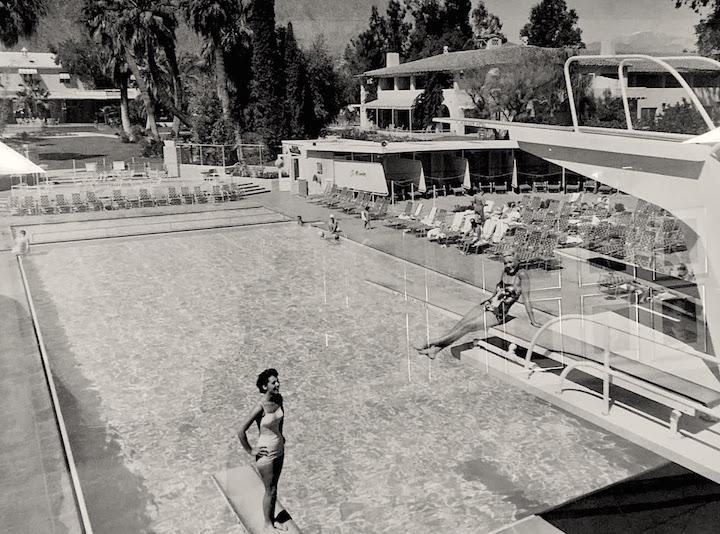 Marilyn Monroe sitting on the diving board

I could have stayed for hours, imagining these whimsical scenes of bygone days. The memories of this once famous and grand resort are still vivid, and it’s worth stopping by to experience them.

Photos of the garage (now and then).

Modern cruises: Luxury and adventure on the...

Leisure cruises have been around for a long time. In 1900, the American-Hamburg Company launched the first ever ship designed for these seaborne... 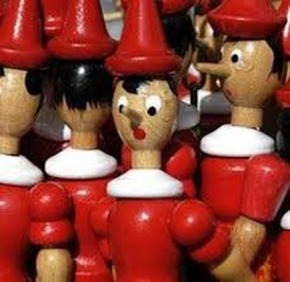 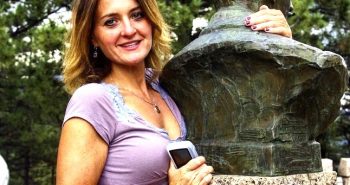 “Be free to travel and experience the world while you’re young,” almost everyone says from the older generation you meet...