The People Band and free jazz – A European thing 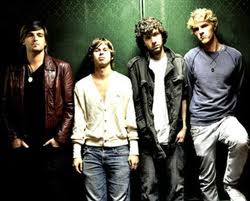 Northern Europe is famous for its beauty, the cities and sights but it is also known for its support of free jazz. On the subject of jazz, most people can bring to mind some of the great composers and musicians including Coltrane, Parker, Joplin, Monk, Mingus, Davis, Coleman, Gershwin and Gillespie. Some could add to that list Biederbeck, Handy, Redman, Sun Ra and Cecil Taylor. A very few might also add the free jazz greats like Wintsch, Surman, Pozo and Summerlin.

They may have heard recordings  or, more likely, they will have experienced free jazz live in London, Holland, Germany or Belgium. These Northern European countries specialize in providing venues and areas for development of free-form jazz.  Since the 1960s the UK has been one of the hottest venues (after perhaps Holland initially) for the development of a radical but popular investigation of music by musicians and composers alike, seeing if they can push music to its limits, taking their bedazzled and sometimes more than a little confused audiences with them.

Because it takes a bit more the occasional detour away from mainstream to play free form jazz, and because you need to be an accomplished musician to control free form once you find yourself caught in its midst and, more likely, because you need to be able to give yourself up to the music totally, few stay the trail, preferring instead the well trod and familiar paths of Gershwin, Ellington and Armstrong. Some modern players do take the braver path of straying and staying in free form territory for more than the occasional 16 bars and they include Courtney Pine. Sometime last year I spent much of the first twenty minutes explaining that, yes, he had started, there was the root chord, yes, this was free jazz ( at least that part) and there was the root chord again – did they get it? No? When Courtney started playing  ‘tunes’ after 20 minutes or so, they understood he had began to ‘play’ in the traditional sense but I would hazard a guess Courtney enjoyed the first 20 minutes far more than the rest of the concert put together.

However, a few bands remain firmly free and inventive, playing free jazz with a gusto and verve which transcends time and space.  The People Band has for the past decades, remained an influential group in the genre. Led originally by legendary percussionist and multi-talented musician Terry Day and the equally gifted Mel Davis, musicians from disparate musical backgrounds have gathered together since the late 60s under various guises and formations including  Ommu The Smooch , Mummy, and The People Band and performed to amazed and often astonished audiences throughout Europe and the UK.

Before, they  almost achieved success, playing in Europe and the UK with an array of musicians, always fluid around their core of Mel Davis, Terry Day, Charlie Hart, Paul Jolly, George Khan , Charlie Hart, Adam Hart, Davey Payne and Tony Edwards but they never rode the cusp of notability. Instead, after a few years, several of the members took their own paths, achieving success in different areas though often coming across each other in musical projects. An album was released in 1970 (released on CD 2009) with Charlie Watts as the force behind it but it proved difficult to capture the true essence of The People Band on vinyl.

However, recently under the driving force of Mike Figgis, film producer and pocket trumpet player extraordinaire, the band have reformed.

Some of The People Band appeared in Mike’s’ ‘Stormy Monday’ in1989 as The Krakov Jazz Ensemble. Mike is now a film producer whose credits include Internal Affairs (1990), Leaving Las Vegas (1995), Timecode (2000), Love Live Long (2008). He is also a photographer and musician. Because of his position, he is often the driving force behind events at which the People Band now play. In London last summer, they played in several  projects including at Cafe Oto, The King’s Place, the Vortex  and a weekend event  at the Royal Opera House which included films, talks, ballet and musicians where The People Band acted as House Band, playing occasionally throughout the event and finishing with a finale where they shared the stage with an orchestra.

Reactions to The People Band are mixed. Some find them refreshing, some find them scary whilst one reviewer commented that she had to ‘escape the noise of the people band – a furious free jazz ensemble blowing cobwebs from the building’. This goes to prove that with free jazz, you either totally love it or you just don’t get it.

Forget Jools Holland et al bringing swing and bebop jazz to the masses. Wonderful as they surely are, this is jazz Lite, pop music given the jazz treatment and nothing like free jazz. If you are looking for something to stretch both your mind, imagination and perhaps your sense of being, seek out free jazz gigs. London venues like the new Vortex N16; Ronnie Scotts, Frith Street W1; 606 Club, 90 Lots Road SW10; Mill Hill Jazz Club, W7; The 100 Club , 100 Oxford Street, W1; Cafe Oto, Dalston; Chicken Shed N14 and East Side E11
offer a range of artistes, prices and size of venue.

Davey described his feelings on the band’s music in a letter, written in response to an article in The Wire, a few years back as; ‘As far as I’m concerned we weren’t out to entertain, and the audience were often confused, pained and drained. I believe at our best we were creating music on the highest level, knocking on the tenth door, and that may not necessarily be a good thing, or maybe it is, for some and not for others including ourselves. ‘

Versions of the People Band’s exact history vary with time and according to who is telling it but Davey’s most recent memory is; ‘ In 1968 Mike Figgis and myself returned from Biarritz where we had been playing in a soul band. Once back in England I then traveled with the People Band to play in Holland. This band consisted of Albert Kovitz, clarinet, Paul Jolly sax, Mel Davis piano, myself sax, Charlie Hart bass, and Terry Day drums. This was the main band at the time, playing in Holland and Belgium, with others joining in from time to time including Mike Figgis and even John Surman ‘Over the next few years, Terry, Charlie and myself worked in Holland as Ommu The Smooch. In England we continued to do gigs with the bigger band. We often played at the Wood Green Arts Center, sometimes with the Italian new music group Music Elettronica Viva and Cornelius Cardew. We also played regularly at the Robert Streets Art Laboratory near Warren Street.  Charlie Hart and myself, as part of an Arts Council grant, played at the Traverse Theater in Edinburgh.’

Free jazz is special is that the musicians do not stick to the tune but rather the music is allowed to lead, enabling them to ‘ knock on the tenth door’ as Davey put it.  The music itself is allowed to lead people, whether band members or from the audience, to swap instruments, play or sit silent, sometimes maybe playing a manic riff, sometimes just banging a drum in rhythmic beats.  The band lead and the audience follow but the band are also willing to be led on occasion. Sometimes the results are bone jarring , sometimes divine yet it works to enable people to explore music as far as they want to.

There is, among my friends and family, a standing joke whenever we pass buskers tuning up or hear the discordant notes of brass players clearing their instruments (and sometimes if a cow farts).

I bear the jibes with a grin because, frankly, they just do not understand.  I love free form jazz, with its disregard for regular tempo or rhythms, yet the way it works its way around root chords, interspersing  diatonics with free range scales as the muse takes the player.  To me, this allows a freedom for both players and the listener which regular rhythms and tempos tether. Wanting people to share and understand the genre of free form jazz I recently played my friends a YouTube clip of The People Band in full flow to prove my point- hence the jibes! However until someone shows me I am wrong, I am going to continue to explore music and, to be able to close your eyes, immerse yourself in chords, rhythms, soars, lows and different beats and completely lose yourself, for me is, sheer Nirvana. 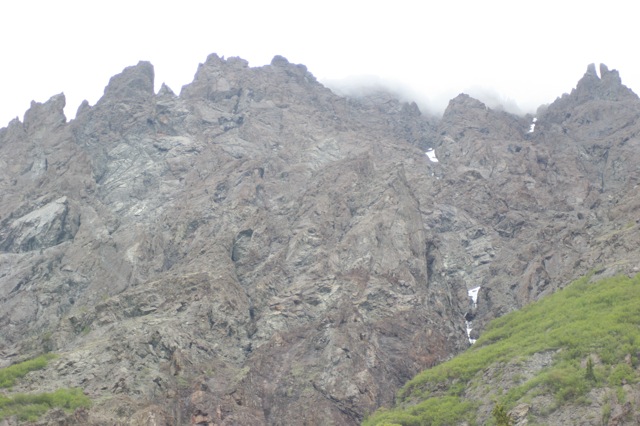 From McCarthy we drove back the 60 miles on narrow dirt road, to Chitina. We had lunch in town and the wind – that had disappeared while we... 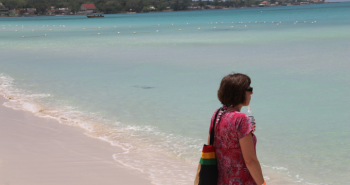 ometimes a travel writer’s day is planned months in advance and flawlessly executed, with itineraries, maps, the perfectly packed suitcase, and...