Art is in my soul and the bigger and more diverse, the better. That’s when I came across an article about the city of Bangalore, which in 2016 decided to open the landscape to local and international artists from around the world to create murals that aren’t just dazzling, but each piece reveals a different and a unique story. The article mentioned that the St+art India Foundation collaborated with Srishti Institute of Art, Design, and Technology with the thought of “opening dialogues” in the St+art Mumbai Art Festival. The original idea wasn’t just to inspire the locals, but to bring tourists around the world eager to view the thought-provoking art. It’s free to walk around and contemplate the art or when there’s convenient public transportation in the city. If this sounds appealing, it’s recommended to plan ahead, so that you can see as many as possible. Here are just a few worth mentioning I’ve learned about while searching on the web. 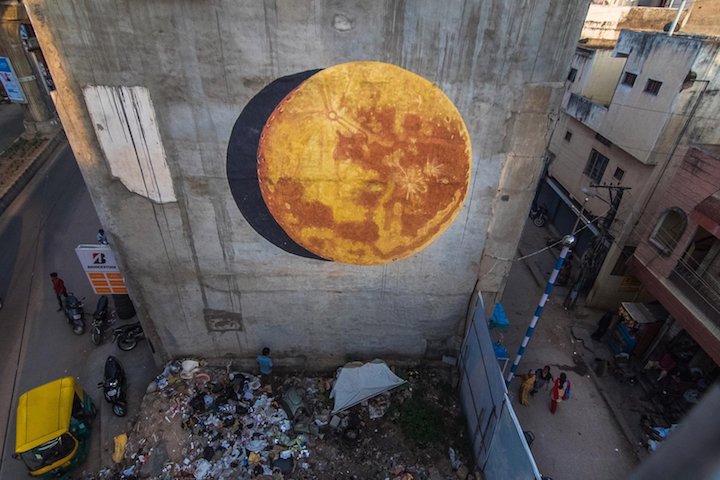 Near the Haraspu metro station, you’ll find Anpu Varkey’s ‘Harvest Moon’ mural, which was created with the wish-upon-a-moon thoughts so many have had. 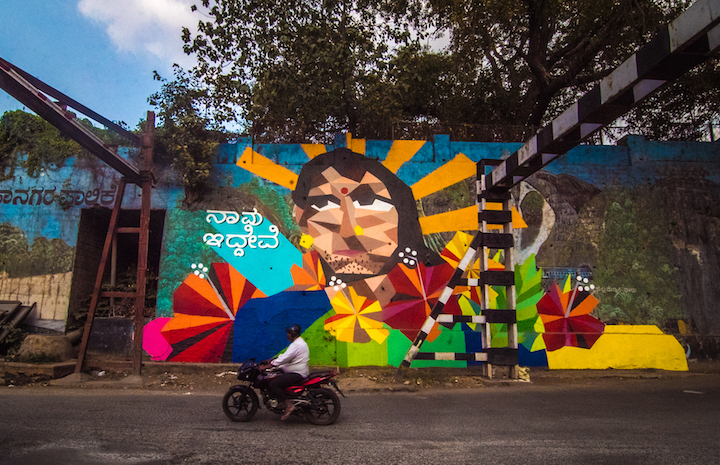 Next, is the Aravani Art Project’s ‘Naavu Idhevi – We Exist,’ a mural which was created by five transgender artists who wanted people to remember they still exist. It’s colorful and extremely thought-provoking. It’s painted under the railway bridge on Dhanwantri Road. 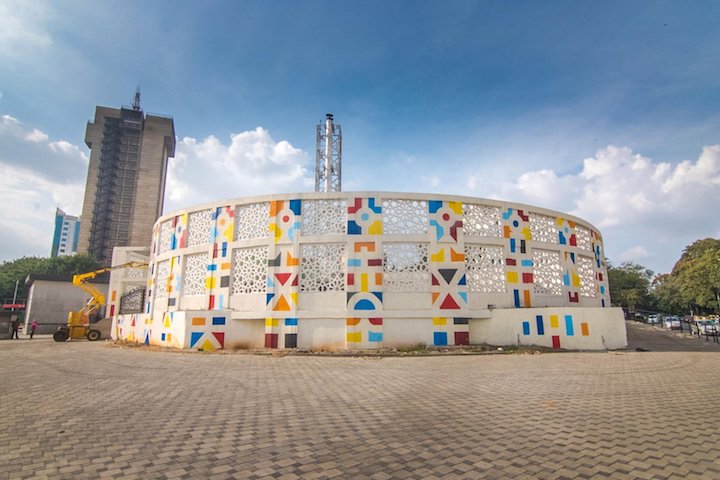 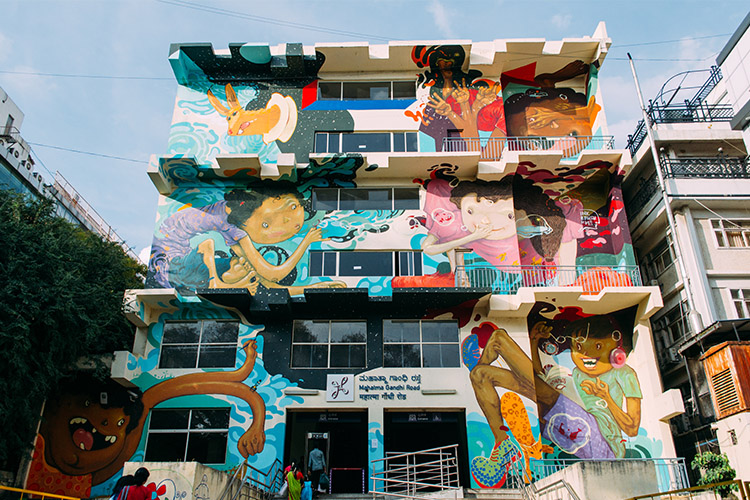 Inkbrushme transformed the MG Road Metro Station into a homage to children and is one of the most impressive murals that honors children in a positive light, evoking warm emotions. 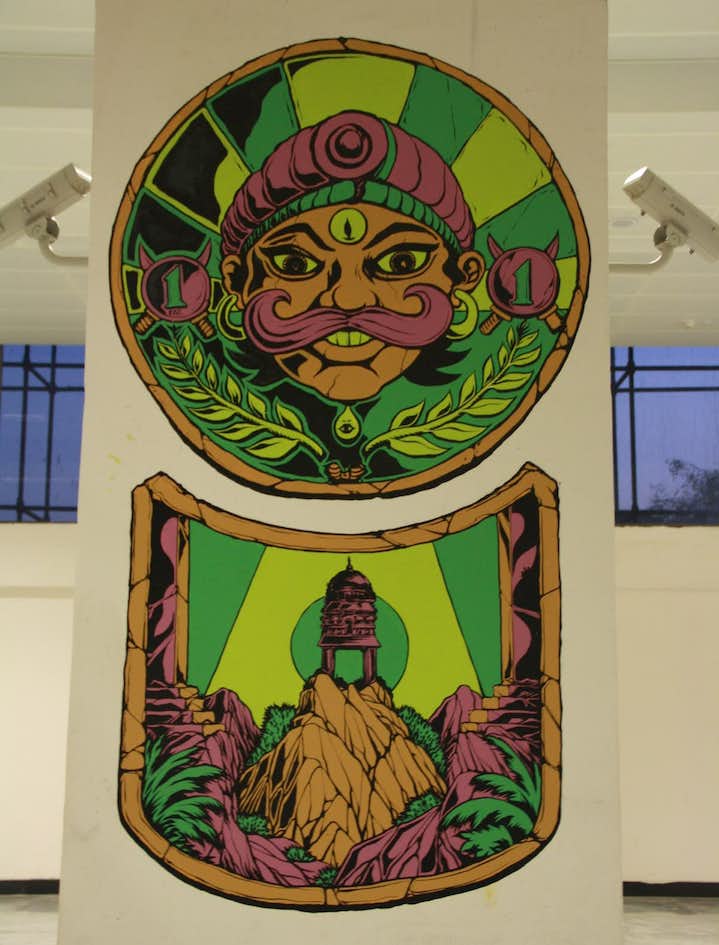 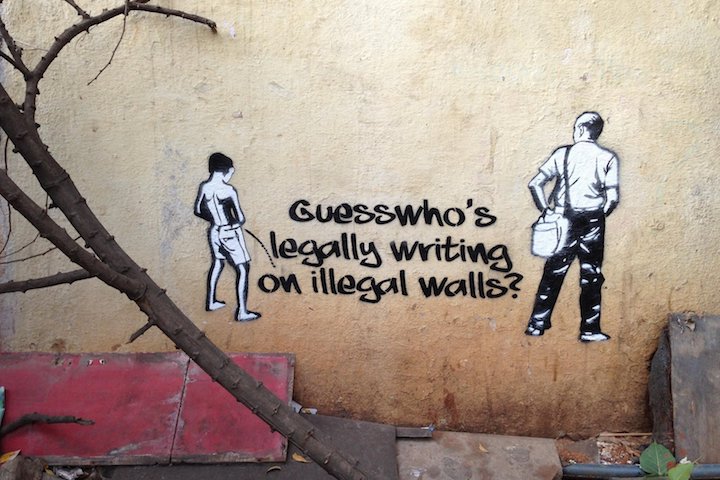 Guesswho’s stencils on Church Street are a favorite due to the witty, clever, and thought-provoking art such as ‘Do not pee on this wall.’

For a complete detailed list of all the street art, visit St+art India Foundation at: st-artindia.org, where you can learn about each artist and the thought behind their works. The second street art festival was in October 2017, so now’s the perfect time to plan your visit and be one of the first to post pictures of the newly released art.

While in Bangalore, don’t forget to sample the local food, famous for a combination of Indian and international cuisine. If you want something more worthy of street food, walk down any street in the city and savor the aroma of the local fair, an epicures delight.

If you’re looking for a hotel, then we would recommend Country Club Bangalore, a truly luxurious resort with plenty of amenities. The perfect place to rest your tired body, or even simply spend time in the spa. 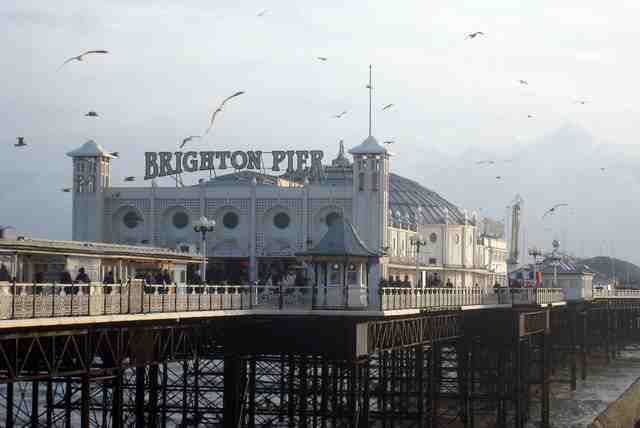 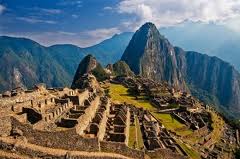