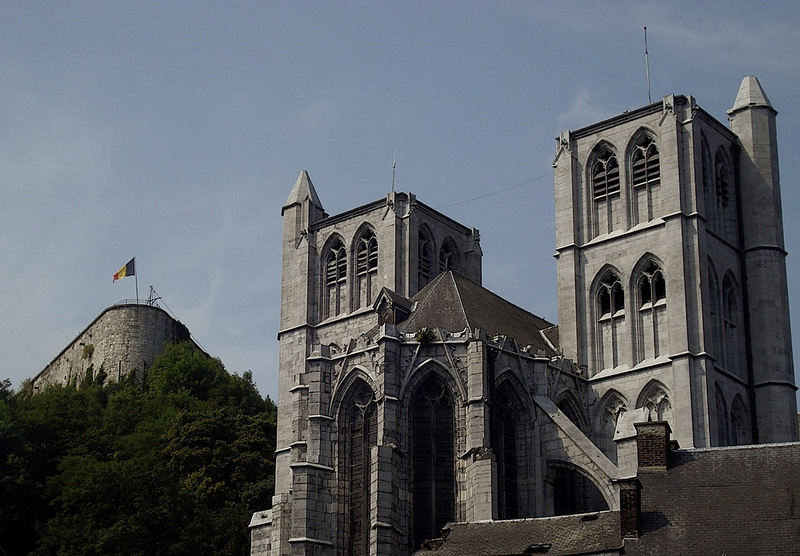 The High Gothic church, La Collegiale Notre-Dame de Huy, built between the 14th and 16th century, is Belgium’s most treasured religious edifice from the Middle Ages.

Entrenched just below the Fort of Huy, on the right banks of the River Meuse, is the medieval Notre Dame Collegiate Church (La Collegiale Notre-Dame de Huy), looking magnificent and perfect in all its glory, keeping watch over the inhabitants of the Meuse Valley.

History of the Notre Dame Collegiate Church of Huy

The original church was built in wood at the beginning of the 4th century, in honour of St Materne, followed by St Agricole’s, at the end of the 5th century. In the year 558, St Domitien, the Bishop of Tongres, the first patron saint of Huy and the town’s legendary protector, known to have slain an evil dragon, was laid to rest inside the confines of the church.

In the year 1013, a storm ravaged the municipality. The church incurred great damage, but was soon reconstructed, again in wood. The building did not last long. With the annexation of the Lotharingians to the German Empire, in the year 923, a massive uprising ensued in 1044. By 1053, fighting spilled over to Huy. The church caught fire. 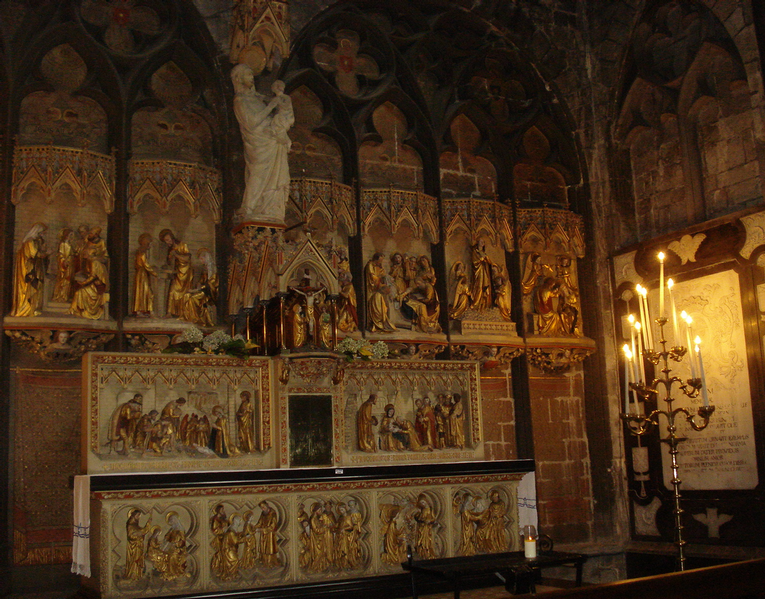 In 1060, Théoduin of Bavaria, Bishop-Prince of Liège, decided to rebuild, this time in stone, and in Romanesque style. The Hutoise bourgeoisie themselves financed the project, each donating “half of their estates.” Such generosity from the townspeople earned them the most famous and historic Charter of Liberty of 1066, the first of its kind in Europe, which vested several privileges or “libertas” on the
population.

According to André Joris, a scholar and authority on “La charte de 1066,” for the Hutoise, the Charter of Liberty of 1066 gave birth to the “commune jurée” or municipal administration. It gave the bourgeoisie, not the feudal lords, freedom to form a council to govern the town, in case of the Bishop-Prince’s death; a just penal code to maintain peace and order; employer-employee rights; voluntary military service and other civil liberties.

The present-day High Gothic-style ‘Collegiale’ took 225 years to construct. Its first stone was actually laid on the 15th of March 1311; the completion of the vault in 1536 finalised the work. It stands on the same exact site where the old Romanesque church (which is now the crypt) of Bishop-Prince Théoduin of Bavaria once stood.

Alex Lemeunier, curator of the Collegiate Church’s treasury, cites particular characteristics like the “size of the choir: five bays,” with the nave having only four to accommodate 84 seats for the 14th century canons; the three 20m high apse windows representing “the 15 mysteries of the Rosary;” the painted vault, unusual for a gothic church; the Westbau massif housing “Li Rondia,” the biggest rose-shaped stained glass window in Belgium, measuring six metres, interior diameter, and nine metres, exterior diameter; the northern tower that shelters the 49-bell carillon, of which 30 bells made by Hemony of Amsterdam date back to 1660; the Romanesque crypt; the tympanum-shaped Bethlehem door from the 1340s, and the treasury, with its sacred reliquaries, silverware, paintings and sculptures.

For the past few years, the Notre Dame Collegiate Church has been undergoing a massive, painstaking restoration process, costing more than half a million euros. The stones are taken down one by one, and polished
till looking brand new. 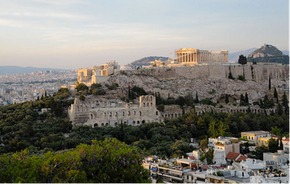 Take a Cruise With a Difference Around the...

Post Tsunami and Economic Crisis Recovery The lingering memories of a devastating tsunami, political unrest and skirmishes at the Cambodian...