The Buddhist grottoes of Yungang and the Hanging Monastery of Xuangongsi are but two examples of the unforgettably impressive sites of Shanxi Province.

China is billed to become the world’s number one tourist destination by 2020. True, plenty of places have already emerged from obscurity on the map of any experienced western traveler. However, the country still sits on a wide range of unfamiliar sites, beyond the rich coastal cities. Indeed, a vast wealth of historical gems can be found in the interior of China. Many of these sites are still largely unknown in the west.

Shanxi province is an ideal spot from which to explore some of the country’s most fascinating sites. The province is poorer than its coastal counterparts, for reasons of climate and reduced access to international trade. The northern plateau sits on significant coal deposits and many key activities are within the field of heavy industry. However, if you ignore the coal factories that ring the cities and the many lorries that clog the highways, you will find a spot brimming with history.

Outside the city of Datong lie the ancient caves of Yungang. Since 2001, the area has been designated a UNESCO World Heritage site and it is not difficult to see why. One of the three most famous examples in China of Buddhist cave art, the caves feature a jaw dropping 252 grottoes with more than 51,000 Buddha statues and statuettes. The largest of these are a gigantic 17 meters tall.

The statues were constructed for the most part between AD 460 to 525, by the Tuoba Clan of the Northern Wei dynasty. It is instructive to note that the Tuoba were of Turkic origin, as were several other sinicised dynasties of this period, a time during which China was divided. The caves, therefore, are testament both to the diversity of the Chinese people and to the power of Chinese culture to assimilate. Pagodas dominate the central caves, within which richly colored inner chambers can be reached.

The admission fee is 130 yuan, and the caves are accessible by public transport from Datong by bus. However, it is advised to hire a taxi. The cost should normally be around 50 yuan.

Hiring a taxi for the day is an excellent choice, in order to catch some of the other sites in the area. The most important of these is the hanging monastery of Xuangongsi, also a UNESCO World Heritage site. The sight of the temple suspended on stilts, precariously balancing on a steep cliff side, is easily among the most impressive and surreal sights, you will catch in China.

The monastery was founded during the northern Wei in the 6th century, but has since been under reconstruction by later dynasties. The complex includes a bewildering number of floors and chambers, and includes statues and imagery from all three of China’s main religions, though the mountain, Heng Shan, in which the monastery is located, is Taoist.

Set about 65 kilometres outside of Datong, the admission fee is 130 yuan and a taxi ride to the site should be around 150 yuan.

Datong itself may not enjoy a stellar reputation, and is known for being a rather dirty and polluted city. However, the oldest parts are currently being spruced up with full-scale reconstructions of the city wall and ancient alleyways. New temples are also cropping up in a surreal resurgence of an ancient Chinese city in the 21st century.

For further exploration of Shanxi province, try the town of Pingyao. For centuries, the province served as center of trade and banking, and Pingyao rose to prominence as an important commercial hub during the Ming dynasty. It is today one of the prime examples of a fully preserved traditional Chinese city. To the north lie the Buddhist Mountains of Wutai Shan, host to 53 sacred monasteries. Both Pingyao and Wutai Shan are recognized as UNESCO World Heritage sites. 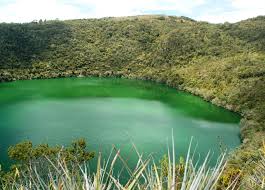