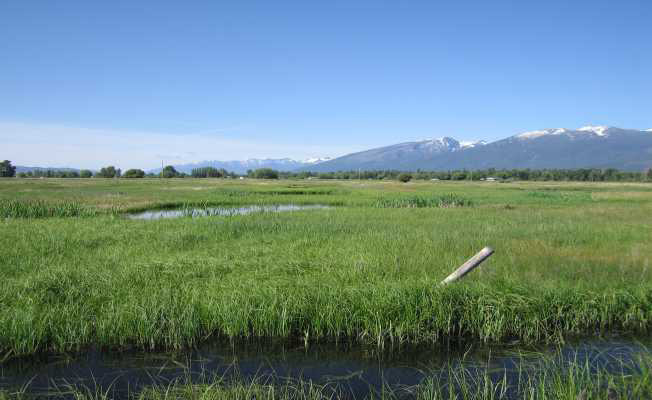 Otto Teller had some speculative ideas which may have seemed impractical to others. Aside from being a dedicated outdoorsman and lifelong conservationist, he was a dreamer, or more quixotically speaking, a visionary.

Possessing unusual powers of foresight, Teller had the wisdom to purchase, provide for, and protect 1,200 acres of tranquility and awe that he named Teller Wildlife Refuge. Since being incorporated in 1988, the sanctuary has prided itself on being a place of study and wonder. Composed of eclectic environmental surroundings, including the Bitterroot River corridor, agricultural fields, streams and irrigation ditches, Teller Wildlife Refuge has come to establish its own distinct identity.

Near Corvallis, Teller Wildlife Refuge is the state’s only private wildlife refuge. Boundaried by the majestic Bitterroot and Sapphire Mountains, this prime farmland and river bottom territory encompasses a three-mile stretch of the Bitterroot River, and provides diverse habitat systems for numerous birds and animals. 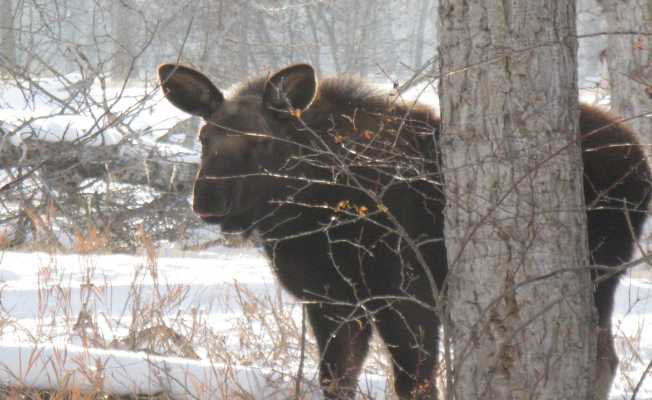 Wildlife at the refuge

It’s a splendid and uncommonly sparkling spring morning. Indeed, the sun is twinkling and shining as if its only job is to hem in the blackness of the fields, and tell where the blacktop and cement end and the taciturn, undulating country begins. Handsome ospreys nest high up on top of wooden telephone poles. A yellow-bellied marmot trills a loud alarm call. Flocks of green-winged teal fly speedily, executing sudden turns in unison like flocks of shorebirds.

These beautiful, delicate and monumental situations, all have roots in the meticulous research and environmental prescience of Otto Teller. Starting in 1985, he created the refuge through purchasing parcels of river bottom land, intending to protect it from creeping subdivisions that had begun to sprinkle the valley. For nearly a decade, Teller, who died in 1998, acquired small, separate land parcels, totaling over thirty, most of which were part of, or neighboring, the Slack and Chaffin family homesteads of the 1860s.

Teller’s actions and conservation ethics were as infinitely progressive as they sound. In reality, every great blue heron that flies by during spring time from a nearby rookery, and each riverside cottonwood or ponderosa, symbolizes Teller’s affection and admiration for the outdoors which never waned. One can easily imagine him on a comfortable and beautiful spring morning, similar to today, mapping, shaping and elaborating on his thoughts. 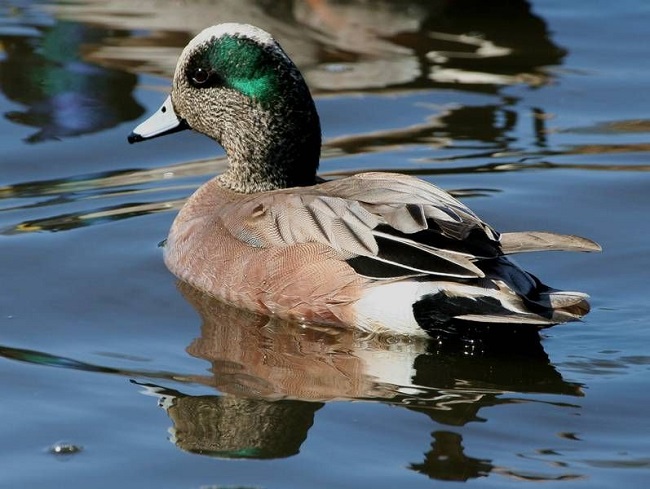 Wildlife at the Teller

Currently, all the property’s provisions and arrangements are managed by a volunteer Board of Directors and an adoring staff, who see themselves more as involved stewards than random employees. The non-profit refuge is supported by grants and private individuals. Teller has about 5,000 volunteers who help with a variety of projects from cleaning out nesting boxes to removing and installing fencing.

“The Teller Refuge is dedicated to conserving and enhancing wildlife habitat living along the Bitterroot River corridor, and, most importantly, serving as an outdoor classroom for people to find out about conservation programs and conservation issues,” says Kate Banner, mission program coordinator at Teller National Wildlife Refuge.

“Also, we employ an integrated approach to land management that enhances habitat for wildlife,” continues Banner.

At Teller Wildlife Refuge education is most of the mission, education not simply about the natural world, but education about other subjects, like wildlife respect, sustainable agriculture, and even recreational opportunities available to the public. Teller Refuge clearly supervises its land in a way that promotes educating people about conservation techniques, which, to both the employees and board of directors at Teller, means involved and neighborly management.

“Essentially, we want people to have a place to come and learn and appreciate nature,” says Banner. As a direct result of these obliging outreach opportunities, each year nearly 2,000 visitors participate in outdoor field trips, conservation programs, on-site stewardship activities, and recreational opportunities at TWR.

“That’s the difference with this refuge, we are private land; we have to manage it in such a way. From our habitat goals to our education goals, everything that happens on the refuge here is planned with that difference in mind.”

One of the refuge’s main objectives is weed management, specifically, controlling the growth of invader plants, most notably cheat grass, along a swatch of land called knapweed flats, which has developed into a significant weed research site. A native plant refugiem has been established with the purpose of restoring and re-vegetating a desirable and indigenous plant community, members of which include such irresistibly daffy and enjoyable names like Sulfur Buckwheat, Wyeth’s Biscuitroot, and Fringed Sagewort.

Another major objective at the refuge is the promotion of healthy farming, organic gardening and sustainable agricultural techniques; food plots on the property grow common vegetables and grains such as rye and peas. The most fertile and appropriate parcels of land remain in cultivation of various grain crops or are untilled for the primary intention of weed management. There are approximately 400 acres managed through organic cultivation.

Furthermore, Teller Wildlife Refuge has been providing the public hunting opportunities, bird watching programs, nature hikes, workshops and events since its inception. Last November, an episode of a conservation show on Outdoor Life Network was filmed at the sanctuary.

Public access is permitted from the Woodside Fishing Access (east side of the bridge across the Bitterroot River on the Corvallis Cutoff Road between Hwy 93 and Corvallis.) Visitors are asked to please stay on the main trail to the north or to the river side (west) of the trail.  Access to the area east of the trail requires permission from the refuge manager. The accessible area provides typical bottom-land habitat dominated by black cottonwoods and ponderosa pines over a dense undergrowth of shrubs.  Birding in this area is best in the spring and summer, when great blue herons, long-eared owls, woodpeckers, and warblers are frequently spotted.

The most significant and effortful event taking place at the refuge since Teller’s original land purchases is the recent implementation of an environmentally beneficial 80-acre wetlands complex on the south boundary of the main property. Teller Wildlife Refuge, in collaboration with nearly 30 private and public partners broke ground on this historic conservation project, with the intention of converting a marginal wetland area and pasture land into important habitat for migratory and colonial nesting water birds, as well as other resident wildlife. This re-vegetation process should be complete by the end of May.

“Everyone involved is very excited,” says Banner. “We learnt from research studies that the nesting success of breeding waterfowl was less than 1%, so we focused our goal on colonial nesting water birds, like red-winged blackbirds.” Rudimentarily speaking, the excavation overhaul being implemented starts with Willow Creek’s water being emptied into a wetlands sponge and filter mosaic, then traveling through Spring Creek, before finally ending in the Bitterroot River.

“All five wetland ponds can be individually controlled and managed,” says Banner. “These are continuous ponds that can be individually drained. This is very important because, if they need to be drained, you’re not taking the entire habitat away at once.”

Ultimately, Banner encourages the public to come and visit the refuge and participate in an event, either as a volunteer or visitor. Whether you help reestablish native plants, or note tracks in the mud of a muskrat, or come and listen for songbirds along the river floodplains, you will be received with pleasure and hospitality.

“When people are here, we want them to think about wildlife and nature in some capacity. This really is a great place. It’s a good thing that Otto Teller was so forward thinking, otherwise this beautiful area would have become just another subdivision or city.” 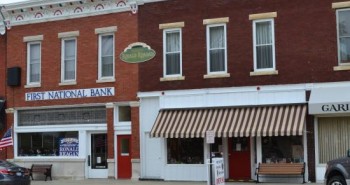 The birthplace site of Ronald Reagan is a small residence in a rural Midwestern town of approximately 800 people. Tampico, Illinois, a tiny blip on...

Anyone lucky enough to be visiting Barcelona, and who has an interest in design, should make time to visit some of its wonderful interior design...