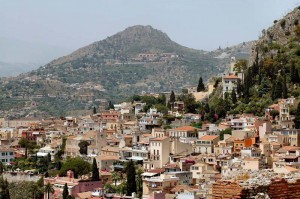 The Arab Invasion of Sicily-Taormina

Taormina, a lively resort town high in the mountains above Sicily’s eastern shore , has spectacular views, charming gardens, a Greek theater and a very long history.

The town’s history goes back more than 3500 years. The first inhabitants, the Sicels (Siculi) probably arrived on the island from mainland Italy, starting from around 1500 BC, specifically from the area east of Rome, known today as Umbria. The Sicels were thought to speak an Indo-European language and most likely had no real political structure.

The Greeks and the Romans in Taormina

Greek colonists founded Naxos, a nearby town, in 735 BC, and from there went on to populate the area where Taormina lies. In 212 BC, the flourishing Greek town became a prosperous part of the Roman Empire known as Tauromenium. Seven hundred years later, after the Empire imploded in the fifth century AD, Taormina was considered within the Eastern, Byzantine Christian empire. By then, it was a backwater village in the Mediterranean hinterland.

The Arab Invasion of Sicily

Starting in the year 827 AD, Arab armies from the Mediterranean shores and Spain (the Saracens) began their invasion of Sicily. Their incursions changed Taormina’s history forever. The Arabs’ Holy War was intended to convert the infidel Byzantine Christians on the island. Siracusa had declined and Taormina was considered the capital of Byzantine Sicily. Seventy-five years after the initial Arab incursions, in 902 AD, Arab troops completed the invasion with the conquest of Taormina. The siege lasted years, but the town resisted, until the Emir Ibrahim Ibn Ahmed ordered the final thrust. Taormina fell, was sacked and destroyed.

Ancient Greek and Roman temples and Christian churches were razed or burnt. The Arab troops cut down the fleeing elders, their women and children, even within the churches. The local Byzantine bishop, Procopio by name, narrowly escaped to the surrounding mountains with a small group of followers, only to be hunted down later. Legend has it that the Emir Ibrahim ordered his men to split Procopio’s chest open. Ibrahim himself then extracted the bishop’s heart and ate it, right in the middle of the main piazza.

The surviving men of Taormina were sold as slaves. Half of the young women captured were bought by the Caliph Al-Mansur to beef up his harem in Baghdad; the rest were sent to Yemen as birth mothers, part of an experiment in mixing the Arab races with the Mediterranean ones. The Muslims then left Taormina, which was rebuilt by the surviving natives. They returned in 962 and, after a seven month siege, again conquered the town. The Arabs were the lords of Taormina and all of Sicily for the next two and a half centuries.

The Arabs as Administrators

As violent and cruel as the Arabs were as conquerors, they proved to be extremely benevolent and wise as administrators of Sicily. They brought an enlightened culture, an insatiable interest in Roman and Greek literature and poetry, advanced knowledge of medicine, chemistry, and mathematics, a capillary and, for the times, fair and just taxation system.

But most of all, the Arabs were excellent farmers, introducing complex water gathering and irrigation systems, new agricultural techniques and new products such as honey and mulberries. Citrus fruits had been introduced in Sicily during Roman times, probably as imported fruit from what is now Libya. They were cultivated on a vast scale only later by the Arabs in Sicily. Lemon, orange and citron trees covered the hills around Taormina, and still do.

Today, Taormina thrives as a tourist center. Its splendid hotels, summertime music and drama program in the Greek theater, its easy access to nearby beaches and the volcano Etna, all assure Taormina a prosperous future, perhaps one as long as its past. 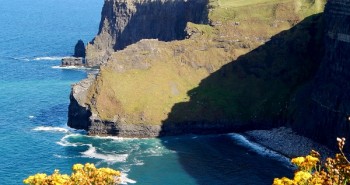 “We are tied to the ocean. And when we go back to the sea, whether it is to sail or to watch, we are going back from whence we came.”... 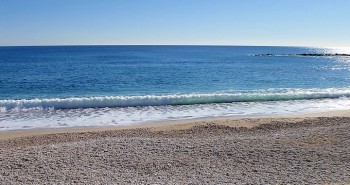 Garrucha, Spain: A Holiday Destination with...

Garrucha is primarily a small fishing village and an industrial port in the east of the province of Almería in southern Spain, making...