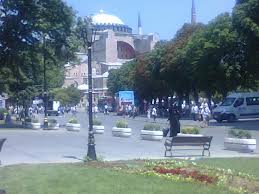 Don’t be daunted by other people’s tales of flying into Istanbul’s second airport, SAW. It is a little distance from the European side, but be positive, you get the Bosporus tour without paying for it! You see the sites all around both sides of the bridge. If you fly there you should book a shuttle service in advance. You don’t pay until you get to your destination and its only ten euros per person, to Sultanahmet, which is a lot cheaper than if you went by taxi, ferry or any other mode of transport. You are met at the airport, and are dropped off outside your hotel and only  pay the driver when you get to it.

East certainly does meet West in Istanbul, as on the European side you now see more Turkish women wearing the long black cloaks and headscarves than in previous years, and I particularly noticed this change after a five year absence from this exotic city. As in the film “Sex and the City (2)” you may notice that these almost burkha-clad females are wearing three-inch heels too. Almost every nationality can be seen in the square around Aghia Sophia and the Blue mosque in Sultanahmet, and if you visit Turkey Sultanahmet in Istanbul really is THE must-see area.

Istanbul is one of my favorite cities and the best area as far as I am concerned is Sultanahmet, where the Blue mosque and Aghia Sophia have stood opposite each other for centuries. Whether you are a Christian or Muslim, these two icons of religions are a must to visit, even though they are now both museums. If you are female them out of respect for the heritage of these two buildings, you are expected to be properly covered, arms, legs and hair should be invisible; perhaps more so in the ancient mosque than in the ancient church.

This central square is easily accessible by tram which is the easiest form of transport to use. Taxi drivers are notorious for their rip-off techniques, and however many times you have been to Istanbul, there is always a new rip-off that you had not expected. The tram is cheaper, easier and comparatively hassle free, and will take you to the Grand Bazaar, and then on to Sultanahmet and vice versa.

At the tram stop you will see the park with these two iconic buildings facing each other, and on the opposite side of the road and tram lines, the Mosaic café, which serves very good, cheap food. If you wander down the small street past the Mosaic café, you will see a cul-de-sac on your left, which houses the Ṣah restaurant (pronounced shah). This is my favourite hideaway in Istanbul. You can eat very tasty food there (I love the buttered prawns) and there are the traditional kebabs which are delicious too. In fact everything I have eaten there has been very good.

The owner tries to cater for the needs of tourists and so the layout of the place changes year by year. In 2007 there was an area where you could sit on huge floor cushions and smoke nargile (water pipes). The water pipes are still there but not the cushions. On Tuesdays and Thursdays there is live music from the Istanbulls who have a great saxophonist. The atmosphere is friendly and people will talk with you if you are alone and don’t want to be. There’s no threat though and it is fine for single females.

As for places to stay, the street to go down if you haven’t booked a room is Aghia Sophia which has at least ten hotels all around the same price and you can pay in US dollars, euros or Turkish lira. I stayed in the Istanbul Holiday Hotel this time, but the rooms and bathrooms (ensuite) are very small and you really couldn’t swing a cat in the bathroom.

However all hotel rooms in the area seem to be much the same. This hotel is clean and the staff  friendly; expect to pay around 65 euros for a room- that’s not per person so two people stay for that price. Mostly you pay per room not per person.

A few steps down the road is the Ṣafak (Shafak) café/restaurant which is a good place to people-watch and drink a cold Turkish beer (the Efes Pilsen is good and has been brewed for many years). The people at the restaurant are friendly and helpful and a single female can feel comfortable there. Above this establishment is the Sunrise Hotel which has a roof terrace, as do most places around Sultanahmet. If you want a holiday that combines culture and fun, then Istanbul is the place to visit. 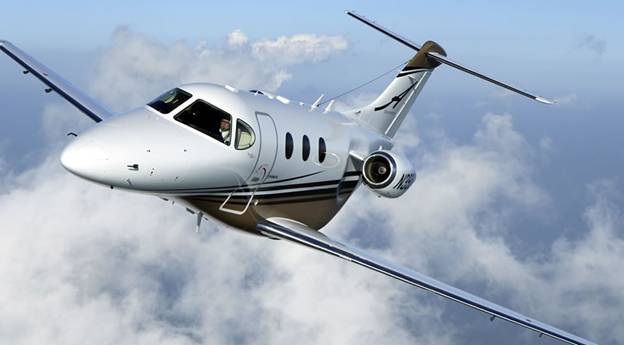 Do you prefer a private jet or a commercial airline to reach your destination? There would be a mixed response to this question, because people have... 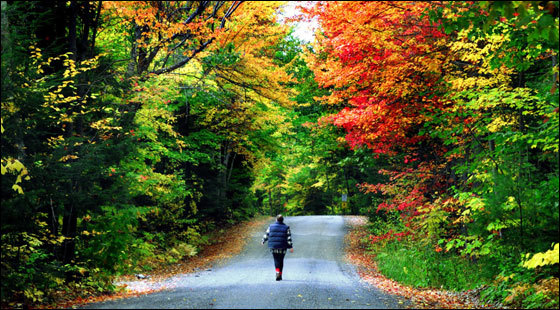 Massachusetts: The Place to Fall Into...

Experience the Great Outdoors With a Variety of Exhilarating Activities Escape the indoors as you experience an assortment of unique autumn...