So much mystery surrounds the new Star Wars films. What’s the plot? Who will play who? Are the films going to be any good? Each week brings us closer to the answers. With the release of the short but awesome trailer, it’s hard not to speculate what the new installments will bring to the Star Wars canon.

One thing is for sure, we will see a whole lot of new worlds. With a veil of secrecy looming over the project, fans may wonder where J.J. Abrams plans to film these new worlds.

Many locations around the world were formerly favored, and some may be worthy of appearing in the future films, particularly Tunisia as Tattooine, which we could deduce from the trailer. Star Wars Episode VII is set for release in December 2015—plenty of time to travel to previous filming locations. Here is a list of places to visit to get your Star Wars fix.

Scenes from Episode I, II, and IV were filmed in six cities in Tunisia. The North African country played the starring role as Tattooine, the desert backdrop that was home to Anakin and Luke Skywalker.

Many of the original sets still exist and continue attracting Lucasfilm fans today. In Matmata, Lars homestead is now the Sidi Driss Hotel. 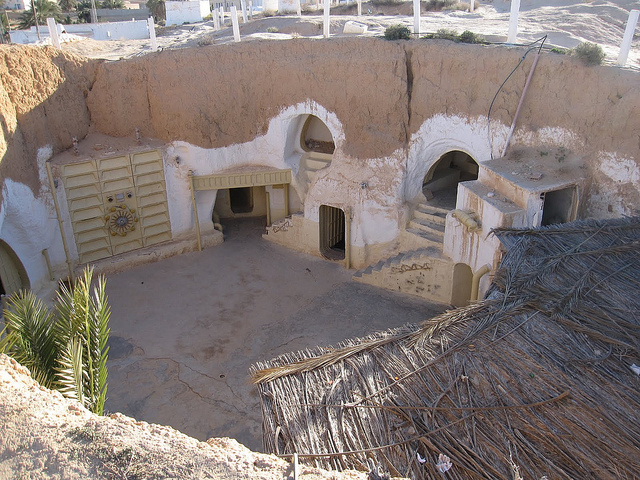 In addition to keeping the site’s original appearance, to the delight of Star Wars fans, the venue features a menu inspired by the movies. Movie buffs find Anakin Skywalker’s home in Medeinine, which is now known as Skywalker’s Alley.

A large, multi-level building in Ksar Ouled Soltane was featured  in many a scene, and an igloo-like structure outside of Tozeur was used as the exterior of the Lars homestead.

Djerba, the Juntland Wastes, Mos Espa and Oung Jmel, along with the Toshi Station, are other destinations in the country made popular by the films and worth visiting.

The beautiful landscape and expansive villas in Italy provided the location for scenes on the mythical planets of Mustafar and Naboo in Episodes I, II and III. Mount Etna, on the island of Sicily, erupted in the background while crews filmed Episode III. The location was featured in scenes where Anakin Skywalker and Obi-Wan Kenobi engaged in a lightsaber duel. 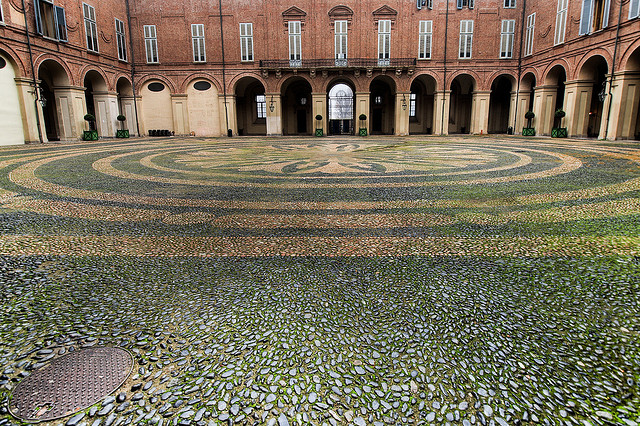 The exquisite Palazzo Reale in Caserta, located near Naples, was used for the interior scenes of the Theed Palace. The equally beautiful Villa del Balbianello on Lake Como served as the palace home of Padme. Many scenes from the villa and the surrounding area were featured in the film.

While not having any Star Wars memorabilia per se, fans may visit Mount Etna and both villas, while reveling the thought of being on location.

A number of well-known national park locations, combined with Tunisian sites, were used to create the now famous Tatooine Desert in Episodes IV and VI.

The Artist’s Drive, Artist’s Palette & Golden Canyon, the Desolate Canyon and the Mesquite Sand Dunes of Death Valley National Park were viewed in the background of many scenes featuring C3PO and R2D2.

Likewise, the Buttercup Valley in the Yuma Desert created the backdrop for the Great Pit of Carkoon. The Endor Forest scenes were filmed in the groves of the Jedediah Smith Redwoods State Park. 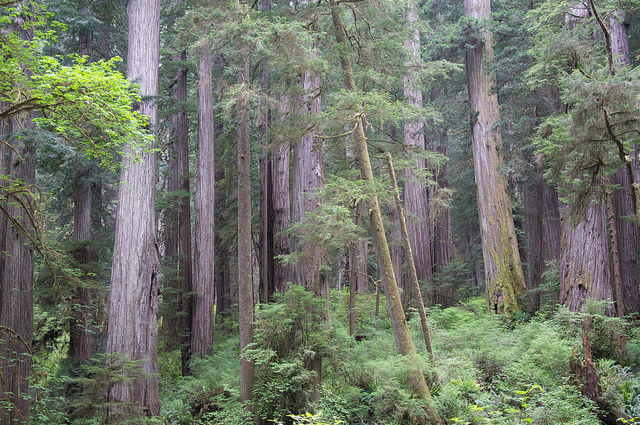 While there are no sets remaining at any of the locations, field guides and guided tours take guests to each destination, in addition to providing details about the filmed scenes. You can also do a self-guided tour using Steve Hall’s Death Valley Adventure’s Guide to Star War (see map). 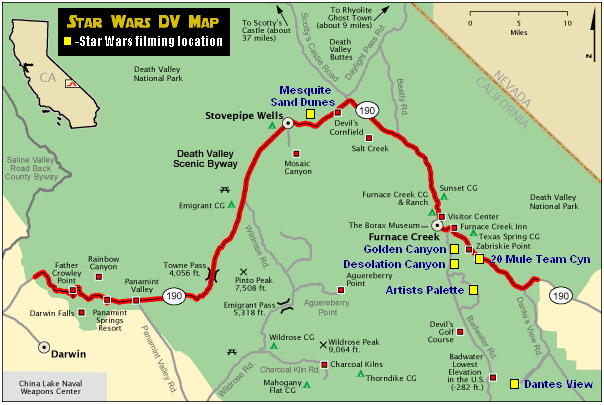 Five studios in the country were used for various interior scenes for all of the Star Wars episodes. Outdoor scenes used for filming the Naboo forest in Episode I-The Phantom Menace were shot in the Whippendell Woods in Cassiobury Park. 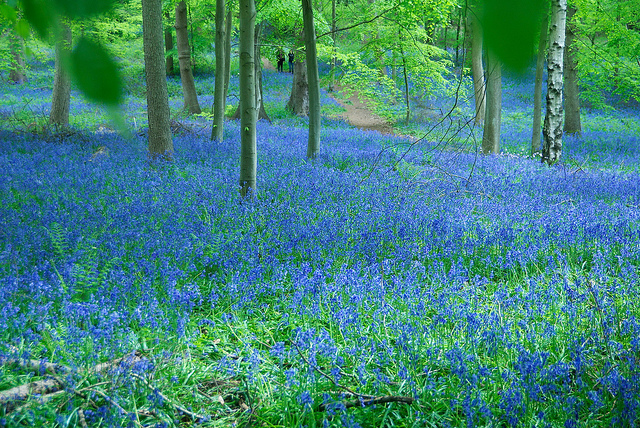 The park’s close proximity to the Leavesden Film Studios made the area a prime location. The forest scene depicted the meeting of Obi-Wan Kenobi and Qui-Gon Jinn with Jar Jar Binks. The U.K.’s Pinewood Studios will serve as a prime location for filming the indoor scenes featured in Episode VII.

According to various news reports, Abu Dhabi was the location chosen for scenes depicting the Tattooine Desert in the latest film. Nearby, the Liwa Desert has the largest sand dune mass and the tallest dunes on the planet. 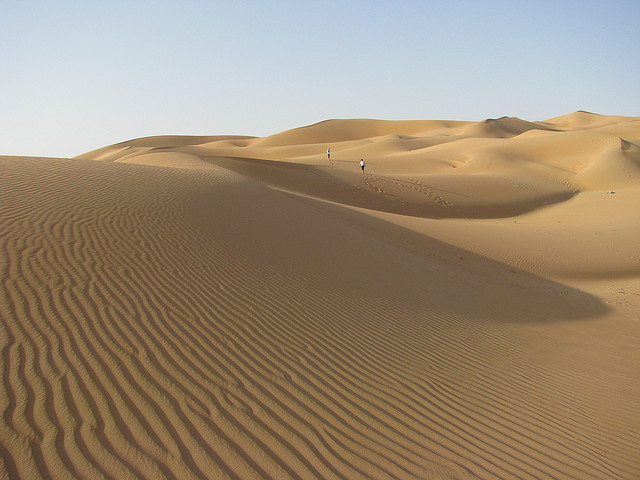 If the trailer is any indication, one can rest assured that, with J.J. Abrams at the helm, the film will incorporate actual locations with practical effects instead of CGI rendered backdrops, as in the slew of subpar prequels directed by George Lucas.

Jason Kane loves to travel and has visited many pop culture travel locations, such as the sets of LOST, Game of Thrones and Star Wars, just to name a few. He is a blogger for TravelDocs, which have been providing travel documentation to both corporate and individual travelers. 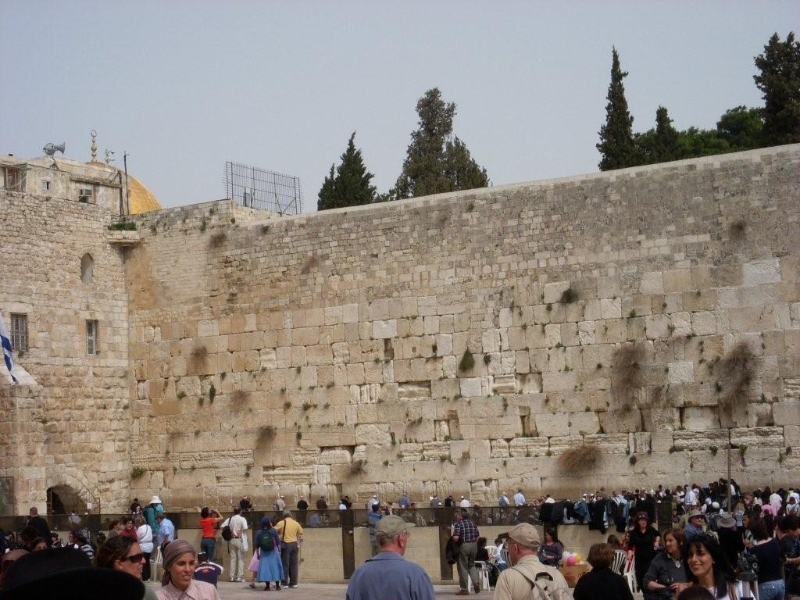 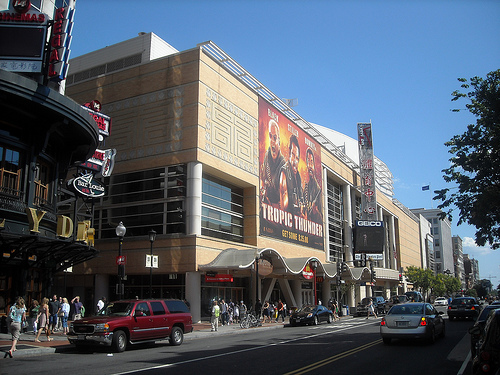 Enjoying Sports and Entertainment at...

by Mike Virgintino The Verizon Center is home for the NHL Capitals, NBA Wizards, WNBA Mystics, the Georgetown University Hoyas and many musical and...