There are barely a handful of places in the U.S. where you can mine for your own gemstones. One of them is only 10 miles east of Helena. This explains why people arrive at the Spokane Bar Sapphire Mine from eclectic corners of the world to rock hound and rummage around for sapphires, rubies, garnets, and other precious and semi-precious stones. 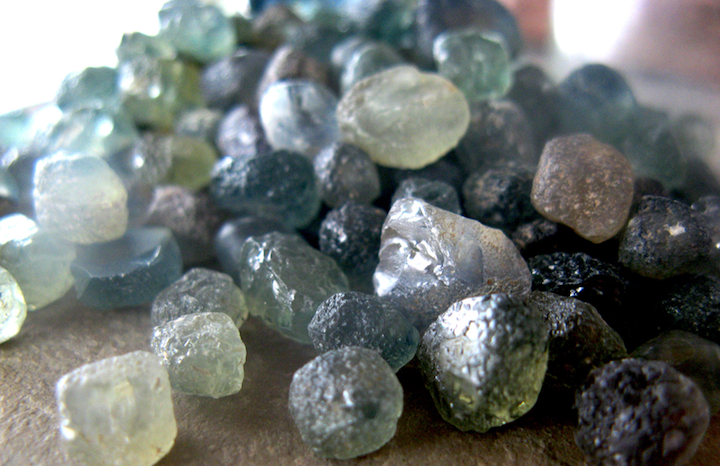 Sapphire has been treasured for eons. Ancient Persians believed that the earth rested on a large sapphire and its reflection painted the sky. The gemstone’s mystique is no less valued today, and it’s the primary prize that people pursue at the Helena Valley Mine.

“We’ve had tours of Taiwanese and folks from every continent, except Antarctica, searching for sapphires,” said Cass Thompson, owner of the Spokane Bar Sapphire Mine.

Thompson recalls an especially memorable Japanese businessman who would fly to Montana to visit the mine weekly for three straight months. 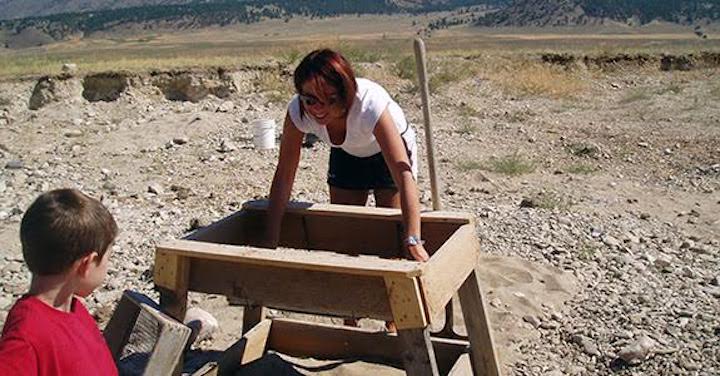 “He would spend the whole day here,” said Thompson. “He spoke almost no English. He’d fly to Helena, take a taxi, and just keep coming. I’ll never forget that.”

Those in the Helena-area don’t have to travel as far, but that doesn’t make the adventure any less fulfilling – or addicting.

Gravel is sold in three-gallon bags that have been extracted (but not sifted or sorted through) from the Spokane Bar Mine or local El Dorado Mine. One three gallon bag costs $50. Smaller quantities include a pint sample bag, which costs $10. Ten dollars’ worth of soil and earth is sufficient enough to keep one kid occupied for as long as two hours.

“Kids have a good eye for panning and rock hounding,” said Patrick Moore, who has worked at the Spokane Bar Sapphire Mine for more than 10 years.  He grew up nearby and started exploring and examining rocks at an early age. “They probably have a better eye than adults. I couldn’t tell you why. Maybe they just like shiny, sparkly things.”

The Spokane Gravel Bar was named by geologists mapping the Missouri River in the early 1900s. Spokane shale was found in the neighboring Spokane Hills. 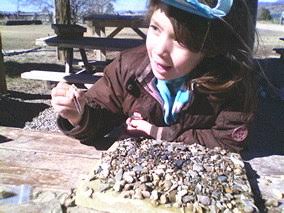 “Our family bought the land because they thought it would be a good place to go camping,” said Thompson. “It was about 100 dollars an acre back in the 1950s. We didn’t know about the value or the minerals.”

It was Cass’s mother, Deb Thompson, who accidentally unearthed the mystery of the precious assets underground.

“She was swimming at age seven and she dove into the water,” said Thompson. “She came up with a handful of sand and a blue rock which turned out to be a sapphire.”

The mine opened soon after and has stayed in the family as a family business ever since.

“When I was in the third grade, the school made me come and take a tour of my own house and land,” said Thompson. “They made me give the tour.”

Overlooking mountain range horizons and the dark blue waters of Hauser Lake, one of the mine and rock shop’s big bonuses is its scenic value. Samuel T. Hauser, one of Montana’s territorial governors, played a noteworthy role in Spokane Bar’s mining history. Governor Hauser and three partners inspected the Gravel Bar for gold. Heavy stones blocked the sluice box.  Baffled, the miners mailed samples to England, where they were identified as sapphires and “worthless” objects. 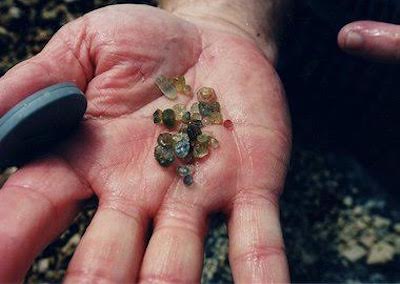 “You can see leftovers of ditches that hint to a water system that carried water from a source ten miles away,” said Thompson. “A rough hydraulic system washed out dirt and gravel away from the hill into wooden sluice boxes.”

If your pan is perfect, you can locate sapphires in multiple colors. The natural sapphire crystal structure is hexagon with triangle “terminations,” which are often flat. The most commonly found color is greenish-blue. Sapphires arise in many different shades, but the most valuable of sapphires is a rich intense blue. Ruby is red sapphire, another highly prized object.

There are about 495 variations of color in a sapphire. The largest known sapphire from the Spokane Bar was 155 karats, found by a man from Idaho. Other finds, though rare, are diamond, topaz, citrine, and ruby. Garnets of several varieties can be found; the largest on record weighed 40 karats.

“This place is every kid’s dream,” said Thompson. “Think about it. You’re a treasure hunter looking for the mother lode.”

Visitors can purchase bags in the rock shop or elect to dig in an open pit on an adjacent hill. If you purchase the bag from the shop, the mine provides you with tweezers, wooden tables for sorting, as well as screens and gloves.

If you opt to excavate independently you’ll need to bring a screwdriver, a bucket, a shovel, a whisk broom, gloves, tweezers, a garden trowel, a dustpan and a pick. 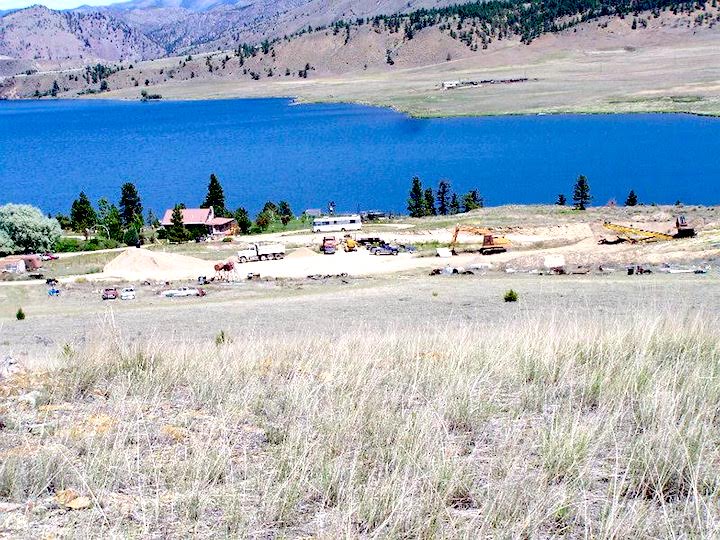 In the Gold Fever Rock Shop, examples of the Thompson family’s experience sit under glass. Gems of infinite shapes and colors sparkle on display. There’s even a vial of gold nuggets and other locally mined precious stones, including blood-red garnets and smoky topaz. Most of the folks who come to the mine, however, prefer to pick their own rather than purchase them.  Sifting and inspecting is just as enjoyable at home.

“We have people who will come and buy a bag on Christmas Day to take with them,” said Thompson. “We’re always here. We work eight days a week here not seven.”

Directions: Take York Road out of Helena to Mile Marker #8.  Turn right onto Hart Lane.  After the road makes a ninety-degree turn, go left on Castles Road. Hours: The Spokane Bar Sapphire Mine is open 7 days a week, year-round, from 9 a.m. to 5 p.m. 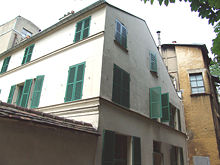