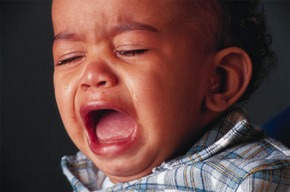 The Chitina River where it meets the Copper River

The trip on the Blue Line was reassuringly, deceptively uneventful.  A vague familiarity with subway riding – the T in particular – moved me to a trance as I rumbled along with others, mostly Central Americans unaccustomed to the cold, their hands ashy, shoved tightly into their pockets, on their way to or from work, the kind of work only men and women from Third World Countries will do anymore.  They clean, push a broom in places where I won’t even go, humble themselves in ways I imagine my great-grandfather did ninety years ago.  I think about their families – the women they love, the children they support, the mothers they left behind in some village in a small house with no running water; the wives who let them go, crying in agony, appeased only by a promise that they’d return in a few years with enough dollars to buy everyone a taste of freedom.  My liberal heart begs my guilty eyes to look at the ads above the seats.  These are the things I think about when I look around, and sometimes I have to stop.

Friends have dropped me off at State Street because there isn’t enough time to take me to Logan and be back in time to get Nikolas from school at 2:45.  Just as well…I love the ironic freedom of public transportation.  They leave me after we hug for a really long time; strong squeezes and deeply felt thanks that make me wish I didn’t have to let go.  They leave me with my heavy red bag that dents my left shoulder, poising me for a scolding at my next trip to the chiropractor.  They leave me and I walk alone down the street to the old State House – that historic brick building where men like Nathan Hale and Alexander Paine sat and paced and banged their fists and argued and decided so that I get to say what I want, and read what I want, and go where I want.  But now it houses a gift shop that sells mugs and T-shirts and key rings with BOSTON written in multi-colored letters, and underneath all that is the State Street T stop, Blue Line.

I pay to hop on the T and go three stops to the airport.  I take the escalator up and try to be careful of my bulky red bag, not to hit people as I walk by.  The girl in front of me can’t get her bag through the turnstile, so I help her lift it over.  She has a dark brown liner on her lips, and a shiny, frosty cappuccino inside the lines so her mouth resembles a bizarre coloring book from my childhood when I would make the lines real dark then shade the insides lightly in an effort to demonstrate my artistic competence.  Actually, it was merely obsessively self-controlled (already at five), showing how neatly em> I could work.  She jokes that her bag is full of shoes, so I look at her feet and notice she’s wearing brown pumps the color of her lip liner and tan pants the color of her lipstick.  Now, that’s what I call coordinated.

I’m flying for the first time since the attack on New York three weeks earlier, and travelers are required to arrive two hours before the scheduled departure time for domestic flights, just in case.  I’m not sure it’s necessary, as security isn’t much stricter, and I just end up sitting in the waiting area for 90 minutes.  But I always have a book, and it’s interesting to watch people, too.  The one thing that I notice at Logan is a strong presence of U.S. Marshals and other big guys.  I’m not sure what they are (Military? Police?) but they have really cool badges, and really big guns.  And they tuck their army-green pants into their combat boots, which looks threatening in a way, like they can easily rappel down a building if they needed to, like they can kick some serious
terrorist ass.  Also, they ask to see ID again, along with your boarding pass, but that’s not really security, because who hasn’t owned a fake ID in her life?  Ask any high school senior.  They also won’t let you carry on hair spray.  Or razors, or shoe polish, or tweezers, or a nail file.  These are things we can turn into bombs and weapons.  People are pretty understanding and accommodating, but every once in a while there is a woman with lots of make up and big hair who throws a fit because she can’t live through a flight without her hair spray.  And one of the U. S. Marshals comes over and reminds her that she needs to put a little perspective in her life, and pick her battles with better priorities.  She listens with impatience, rolls her eyes, and grabs her Louis Vuitton bag with the arrogance that some say permitted the attack on the WTC in the first place.  Three weeks and already we’re growing numb.

I’m wired from my Dunkin’ Donuts coffee, and I am really digging the book I’m reading, not to
mention the highly entertaining people-watching I’ve enjoyed, so the wait zips by, and before I know it, they’re calling my row.  I’m seated in 8F, a window seat so I can sleep with my head against the side of the plane because the motion of the plane and sound of the engines always make me sleepy.  I am seated and buckled-in for safety and lost in my reading and the two seats next to me are still vacant and here comes a woman holding a baby about a year old.  Keep walking, sweetie, I think, and she keeps walking.  Cool.  Then her husband comes up from behind and calls her back to my row.  Perfect, I think.  I’ve always said that Murphy’s Law is the only law I obey.  They sit, introduce me to their son Pedro, and then warn me in very broken English with heavy accents that we might have a problem because sometimes Pedro cries a little during flights.  WE might have a problem, like I have somehow contributed to this condition.

Pedro has just learned how to say Mamma, and announces it to the confined population with volume that would push Pavarotti to new limits, and apparently Mamma herself couldn’t be prouder of this great accomplishment because she encourages him to repeat it, ad nauseam.  Pedro bounces and kicks incessantly, a treat for the man seated in front of him, so Mamma tries to restrict his movements, which Pedro really does not appreciate and expresses in an outburst, a piercing scream, at which I look up sharply from my reading and realize in a frightening awareness that this is in fact the “crying” about which Mamma has warned me.  Mamma allows Pedro to bounce until the plane begins to taxi from the gate, and the flight attendant informs her that Pedro must be seated on her lap for take-off.  Mamma is able to appease him with a huge lollipop, and I can only think about the huge sugar rush that is about to fill this child’s body, compounding his energy in a staggering exponential pattern.  I return to my book and prepare myself with a deep breath for the greatest test of Zen I will ever face.

I have engaged in mind and sensory-altering substances on a few occasions, but have never agreed with the school of thought that provokes other people to participate against their will.  Yet, on that October day on Continental flight 1283, had I access to a mild antihistamine that would have acted as a gentle sedative to affect the behavior of Pedro, to transform him from the psychological terrorist he had become to a docile and sleeping child, I would not have hesitated to inject, infuse or otherwise inundate that child with said drug, most likely to the delight of some 190-odd people.  However….

Pedro wants to run, to be free to express his spirit and toddler-hood.  When Mamma demands that he remains on her lap, he resists and the struggle begins.  The strength of Pedro’s lungs and power of his vocal chords humble me, as I listen to him turn his deep breaths of air into sounds that penetrate the entire space within the aircraft where I endure his rampage with an awe-like respect.  He has a conviction that most humans – certainly most adults – lack.  My admiration aside, I feel incarcerated, and as I scratch into the wall to my right the slowly passing number of minutes on the flight as a countdown to freedom, it dawns on me that Pedro has been crying incessantly for close to 20 minutes.  It’s an impressive effort, a commitment to his cause, and I realize that if this child maintains that same determination as an adult, he will accomplish anything.

Mamma is exhausted and on the verge of tears, so I rub her arm and smile at her, a non-verbal It’s okay. It’s not your fault in an attempt to assure her that she is not responsible for the obviously uncontrollable actions of her son.  She releases a smile directed at me, and continues to rub Pedro’s head, trying to soothe his anxiety or whatever has prompted this hysteria.  For ten more minutes Pedro makes his misery public, and the woman sitting in front of me suddenly turns around and focuses a sharp, mean look on Mamma.  To her surprise, her form of communication does not fix the problem, so she turns around in contempt and lets out a frustrated sigh.

Fifteen more minutes of Pedro’s demonstration of operatic prowess, and suddenly he begins to slow down.  His screams become exasperated grunts, and akin to a motor that has used its final fume of gasoline, he sputters and ultimately shuts down.  Pedro has cried himself to fatigue.  As the pilot announces our final decent, Pedro passes out, and all I can hear is the hum of the motor, which is almost like hearing silence.  And that silence is gorgeous.

Drinks at Opera Intermission in Stockholm

When I was in Sweden visiting Christina and her brother Lars a few years ago, they decided to treat me to a night out at the opera. They lived in a... 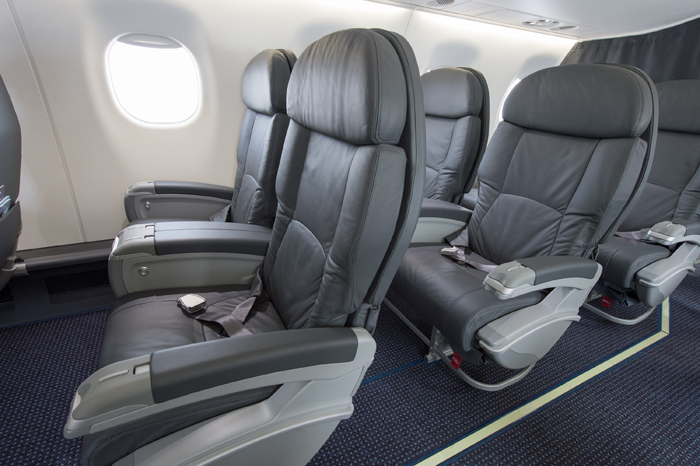