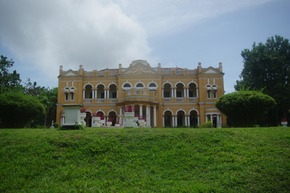 While traveling in Sri Lanka, my husband and I were looking for tourist attractions to see in Kalutara. We looked through all the different articles of attractions worth seeing and Richmond Castle came up several times as a castle that was worth taking the time to visit. Excited we made plans to take the short ride from our hotel to visit this special destination. It was referred to as a piece of history, an architectural delight. One article did mention that the gardens were no longer maintained but you can still get a feeling of the beauty they once portrayed. There was not much written on the history of the home or the owner, just that it was an exact duplicate of another Castle in India and that  the owner was a famous philanthropist who made his fortunes with various ventures,  built the castle and created a large plantation on his land.

The driver we hired had a more colorful story to tell us about the castle and its owner, telling us how he was educated in Europe, with the help of his friends in England was able to fund several different schemes (some that were later questioned by the Sri Lankan government as legal) to make millions of dollars. With that money he built this castle, married his dream girl in a big public wedding and built a  large plantation  growing a multitude of  fresh fruit and vegetables, food which was used for the many large parties for famous people and dignitaries he often held in his grand ballroom. He had no family, his wife was unable to bare any children for him and eventually left him for his driver, leaving him alone and depressed in his large castle. He died at a young age, only enjoying his home for about 30 years, from a broken heart. Because he had no children or living family the home and property was left to the Sri Lankan Government. The government turned it into a school for underprivileged kids and an orphanage for young boys(it is currently a public school and orphanage for about 15 boys).

I think a combination of both stories is true, one thing I can say for those from Sri Lanka is most like the more “gossipy” side of life. All I can say is if I had not gotten any story before going I would know nothing about the house,the land or the man after my visit. When you first drive into the property you are given a ticket, that’s all, no information about the property at all. Then you take a long winding drive up to the castle, the first impression was a house that needed a good paint job with a dead garden at the front. the driver waved us on as if we should guess how to get into the property, honestly we wondered around lost for a few moments before finding the small door used as the entrance. As we entered there was a few pictures and a timeline written in their native language, no one was there to greet us or to explain how we were to get around the house. The hardest part was the whole place felt abandoned, it was as if no one had been there for years.

With a deep breath we began our adventure around this property, now I admit here in America most places that are part of heritage are remolded and have a hint of being brought back to their old glory. I also understand not all countries have the time or the money to do this same thing to their landmarks, but this house so called Castle was beyond acceptable for people to visit. As you walk to the back of the house, you are overwhelmed with the large amount of trash sitting in a pile, we had to crawl around old toilets, refrigerators, televisions and broken suitcases. Then you get a great view of clothes drying on the line, followed by an entire hallway filled with broken doors and windows. The walls looked like they were falling down, with pealing paint and black rot taking over what used to be a beautiful exterior. We carefully crawled up a very small spiral staircase, at the top was a small balcony overlooking what used to be the grand ballroom. The balcony had holes in the floor and the ballroom was now being used as a bedroom for what appeared to be about 10 people, we felt like we were invading someones private space. The fountains in the center of the house were dry and full of dry plants, most rooms were used for the school so you could not go in them. The second floor was open, what there was to see of it, much of it was falling down, windows broken, walls with large cracks and in one room some old photos that had no explanation under them, leaving you a little lost as to their meaning. The only thing mentioned was the beautiful teak wood staircase, which was the best part of the house. You left the house wishing you had some explanation of what each room was.

The Garden is a different issue all together. Although it was dead, I mean nothing but weeds were left hugging all the beautiful statues all over, it did possess a strange charm. You could get an impression of the European flair and glory it once had. As I sat among the dead plants facing the house I got a feel for the magnificence and charm this property once had. It made me feel sad, how could a house with so much past and historical value for this country fall into such disrepair. It looked so sad and unloved, this country has hundreds of temples full of color and beauty, yet this once magical home is ready to fall to the ground. I guess for some countries some history is more important than others. I can say in its current condition it is not worth the trip unless you have a thing for  old run down homes. 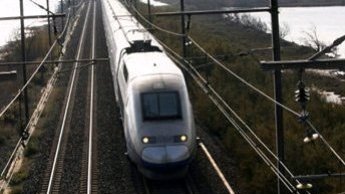 Tips for Making Your Trip as Comfortable as Possible Keep this advice in mind when preparing for that eight-plus hour journey across Europe, and... 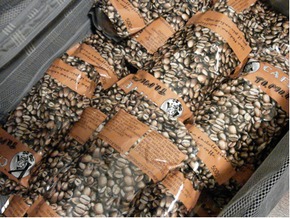 The Advantages of Packing Lightly!

You might wonder what the above picture represents—this is a photo of the huge stash of coffee that we brought back from a recent trip to... 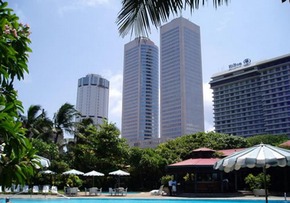 Where to Shop for Clothes in Colombo, Sri...

by Greca Durant, High Quality Top of the Line Clothing Stores in the City and Suburbs Sri Lanka’s garment manufacturing industry is one of the...