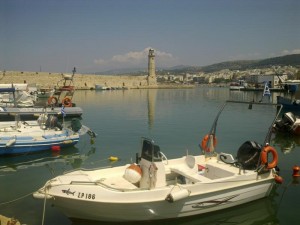 Rethymno, Crete offers so much to visitors: golden beaches, impressive mountains and gorges , an ancient culture and history and yummy food and wine

The Prefecture of Rethymno lies between Heraklion and Chania and stretches from the Cretan Sea in the north to the Libyan Sea in the south. It is the perfect holiday destination with its organized beaches, secluded bays, mountains and gorges, historic buildings, friendly locals, delicious food and picture-perfect villages.

If a beach holiday beckons, then look no further than Rethymno where fathoms of crystal clear waters have been awarded Blue Flag status by the European Union. The busier north coast is more highly developed and long-stretching beaches play host to rows of sunbeds and an array of watersports. The main resorts include Episkopi, Adelianos Campos, Panormo, Bali and, of course, the Prefecture capital, which is also called Rethymno. The highest concentration of accommodation can be found on the north coast and ranges from luxury resorts, hotels, rooms and apartments.

The south coast of Rethymno is less developed although there are organized beaches such as Aghia Galini and Plakias interspersed with small and remote bays. Stay for two weeks on the Libyan Sea and it is possible to visit a different beach every day, all stunningly beautiful. Pack a picnic and explore the beaches of Souda, Damnoni, the Lagoon of Preveli, Triopetra, Aghios Pavlos or, jump on a boat and head to the sands of the most southerly point of the European continent, Gavdos.

There are several diving schools dotted along both the north and south coasts offering scuba diving and snorkeling for all levels of diver, from beginner to advanced level.

Away from the beaches, the interior of Rethymno offers an alternative tourism with its stunning mountains, gorges and crashing rivers. Walking, mountain climbing and cycling allow tourists the opportunity to explore remote mountain villages and discover the archaeological ruins and ancient monasteries, churches and settlements. Lush vegetation lines the pretty country roads while the scent of herbs and wildflowers will convince visitors of the magnificence of the natural beauty of Crete. Visitors to local cafes will be welcomed with genuine warmth and a glass of raki.

The Prefecture of Rethymno has numerous religious buildings, churches, shrines and monasteries that will fascinate tourists interested in ancient buildings, the history of religion, art lovers and people who just appreciate beautiful buildings. Ones not to miss include an early-Christian basilica dating from the 5th century which can be found in Panormo and the Arkadi Monastery, an impressive icon of local freedom.

Getting into the countryside is only a matter of minutes from any of the resorts but for visitors who want to immerse themselves completely in nature, an option is agro-tourism. Many farmers offer accommodation either as a separate unit or within their own homes.

Visiting Rethymno During Festival Time :The capital town of Rethymno offers visitors entertainment throughout the year. At the end of July, a series of events labelled The Renaissance Festival comprises of street entertainment, painting and speeches to celebrate the Cretan and the European Renaissance. Dancing, plays and music performances are held in the Erofili Theater which is situated on the hill beside the Venetian Fortress.

Also held in the town in late July is the Wine Festival where Cretan wine is displayed and sampled. Local music and dancing accompanies the free wine.

August sees the whole prefecture celebrate the Holy Virgin and in keeping with all Greek festival traditions, there is song and dance with plenty of food and wine. Local villages hold their own festivals promoting art and culture.

In early November, the people of Rethymno remember the Arkadi Holocaust by bringing flowers to the monastery and holding a religious ceremony to honour those who died rather than surrender to the Turks.

April sees the celebration of Easter and after several smaller parties the most impressive festival in the whole of Greece takes place in Rethymno on Shrove Monday. It’s a wonderful time to visit the town as everyone is masqueraded and parties long into the night.

Getting to Rethymno – Ferries sail from Piraeus to Rethymno daily and there are many flights to the airports of Chania and Heraklion located 45 minutes and 1 hour respectively from the town of Rethymno.

Getting Around – There is a good bus service that runs along the New Highway on the north coast, connecting the four main towns of Agios Nikolais, Heraklion, Rethymno and Chania. From Rethymno town there are buses to all main points of interest in the prefecture; the bus station has timetables that are simple to understand. There are organized trips to the island’s main tourist attractions and for the local Rethymno town sites, there is the charm of The Little Yellow Train. 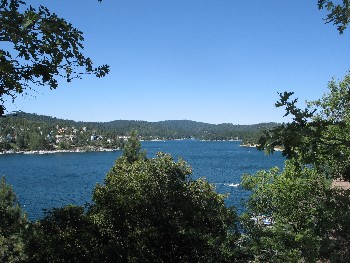 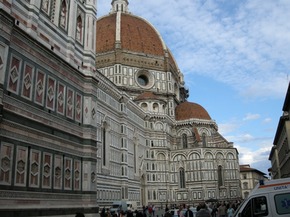