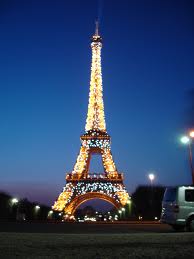 When I was in Paris I walked what I thought was length of the avenue Champ Elysee turning around at some point along this grand avenue,walking back towards the Arc de Triumph,stopping along the way for a quick bite to eat. I  took a short cruise on a bateau-mouche along the Seine river circling the grand cathedral of Notre Dame de Paris,visiting the cathedral the following day. I rode on the TGV from Paris to Nice, meeting in Nice two ladies and the front desk clerk ,speaking with them until the early mornings hours, than taking overnight train back to Paris.

But my moment in Paris started somewhat late at night on a street not far from the Arc de Triomphe and was more an accident than the execution of a well thought out travel plan.Haven spent most of my first night in Paris walking most of the length of the Champ Elysee I decided to return to my hotel room. One small problem,I wasn’t quite sure in which direction I should walk though I was sure in which part of Paris my hotel was located(Montparnasse). In other words I lost.

The map I had was nothing more than a blurry outline of the city simply because I didn’t have my glasses with me. So off I went, walking down a street that lead away from the Arc de Triompe in a direction, I hoped, would bring me to my hotel.Walking slowly down this street,staring somewhat blankly at the map of the city, I began to wonder where I might end up on this my second summer’s night in Paris.

A short time after a car pulled up next to me; it was a taxi.I stood for a moment a brief moment looking in through the open window of the taxi at the driver. I don’t remember how the conversation began but shortly after we spoke I was in the car and  off we went in what I thought was going to be a free ride back to my hotel.What turned out to be a somewhat mistaken belief.

A short while into the drive the taxi driver asked me if I wanted to go to a place where men and women meet .Before I give you my thoughts on what he might have been talking about,you might venture a few thoughts of you’re own.For me my first and only thought was “he must be talking about a disco,with lots of people dancing under the large round revolving glass ball”. It seemed like a good idea, so I said yes.

He dropped me off at the front entrance and said he would join me in a few minutes. Being the somewhat naive traveler I was I believed him,went inside,sat down at the bar and ordered a beer. The driver never did come back and I was quite certain I was not at a disco.My first clue, the lady who sat down next to me.She asked me if I wanted to go down stairs,it would cost me only 500 francs.I politely declined and she politely left.

I left, after she had drank her champagne and me my beer,and eventual found my way to my hotel. The next night while walking around downtown Paris close to Lido’s I recognized someone walking towards me, it was the same taxi driver I had meet the night before. Just how many people are there in this, the city of lights! 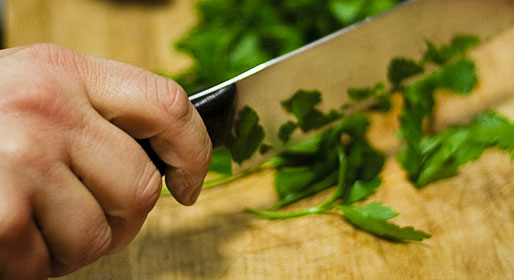