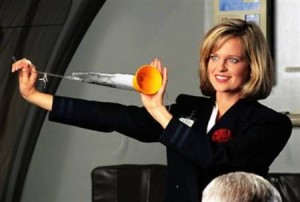 Years ago when I was a flight attendant for a small air carrier I was faced with a very unique situation. We were on the last flight of our day to Seattle, about a three-hour trip. We had just finished our drink and snack service; two of us had gone to the front galley getting ready to collect trash when a woman poked her head into the front galley. She began speaking in Spanish. Although we could not understand what she was saying, between the high tones in her voice and the way her arms were flying about everywhere let us know whatever it was she was trying to tell us must have been important.

The other flight attendant stayed with her and tried to calm her down while I went to see if there was anyone on the plane who could translate for us. I had just picked up the phone to make an overhead page when I looked over and saw the woman lying on the floor with her  skirt pulled up over her knees and and her legs spread wide open as if she wanted a vaginal exam. Before I could even process what was happening the woman began yelling “my baby, my baby” and pointed between her legs.

I quickly got on the overhead page and asked if there was a doctor on the plane. A nice young man came to the front of the plane and said he was a doctor and would be glad to help. I pointed to the woman on the floor and withut saying a word he knelt beside her and began talking to her. I could only guess he knew enough Spanish to communicate with her. I was just getting ready to call the captain when I felt a tap on my shoulder. I looked over and I saw the doctor standing next to me with the woman at his side. He quickly explained that the woman was not pregnant but instead had just started her period and needed a pad. I began to laugh with relief, thanked the doctor for his help while I took the woman to the bathroom to show her where the pads were. It just shows you the extent someone will go to to get their point across. 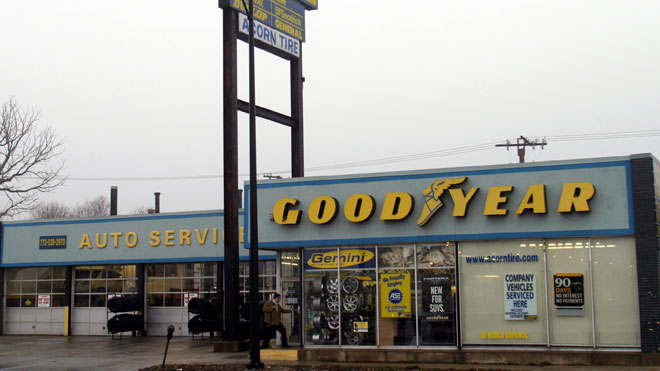