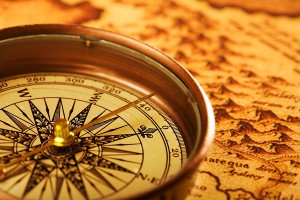 In this second part we’ll take a look at contouring, time & distance, slope angle and much more.

In order to use contouring to your advantage successfully you will need to be quite a competent navigator already. The theory is easy to understand and now that you can navigate, the inherent problems associated with contouring should be overcome easily.

The simple theory behind contouring is: ‘Why go over the top of a hill when you can maintain the same height by going around and use less energy’. The theory is generally sound; however, there are many things to weigh up when considering whether to go ‘over’ or ‘around’. We can now look at the different aspects that require consideration in turn.

The slope angle is important because if it’s too steep your progress will be hampered by the fact that one leg (and foot) will be taking more load than the other, this will be more apparent if you are carrying a heavy load. The result may be damage to knee, ankle and hip joints as well as general instability possibly resulting in a fall on steep ground. There is also a strong possibility that because of the steep slope angle that there will be many re-entrants (and resulting spurs) on your journey around making for wet dangerous crossings and extremely steep climbs in and out… All taking time and energy, the very commodities we are trying to save!

The terrain is important because some terrain is better tackled ‘head–on’, like boulder fields; while other terrain such as grassy scrub and moorland lends itself better to contouring. The reason for this is that this type of open country normally has sheep wandering at will and believe it or not sheep are masters at contouring… You will find narrow sheep tracks that are just wide enough for walking on that are reasonably flat and relatively free of vegetation.

The decision on where to exit gives us the greatest problem especially in poor visibility. If you ask hikers this question most will say ‘that’s easy, you just set your compass to the bearing you want to come off at and when this is at 90 Deg. to the hillside the exit point has been reached’. This is of course exactly correct (in theory) but almost impossible to achieve in practice in all but perfect conditions often resulting in massive cross track errors. You could always set the exit point in your G.P.S. as a waypoint but that would be cheating! The correct way is to count the re-entrants around to your exit point and then pace the remaining distance. You would then make the next ‘leg’ as short as possible to give an exact position, a track junction, bridge, barn etc.

The weather may play a part in your decision due to the fact that there may be extremely high winds on and around the summit, the risk of being blown off when carrying large packs has to be considered. Due to the extreme weather conditions cold may be another reason, lower temperatures combined with wind chill, snow and ice under foot etc. making contouring desirable over carrying all the extra equipment required for the extreme weather conditions.

Time and distance are always difficult to determine as there are too many variables such as weather, fitness, terrain, load, and equipment to name a few; if you are in a group the complications are extended even further. We do, however, have certain guides to help us in calculating times and distances such as Naismith’s rule.

This is simply 5km per hour + an additional 30 minutes for every 300m of ascent. Quite simple on the face of it and it generally works out reasonably well. As yet we have not made any allowances for going downhill, generally most hikers will increase speed when descending gentle slopes of between say 5 Deg. & 12 Deg. however, if we go much steeper we take smaller steps and actually slow down. If you wish to make an allowance for this the general rule is:

What is fitness? Fitness takes many forms; a top triathlete may not even be able to complete a moderate hike with an average 15 kg pack. This does not make him unfit just unsuitable for the job in hand, just as a hiker that can cover 60 km in 20 hours over extremely rough terrain while carrying 30 kg couldn’t hope to be competitive in a triathlon. We train our bodies for the job in hand and this is the basis for Tranter’s corrections to Naismith’s rule.

The weather can also affect our timings due to high winds, rain, snow, electrical storms etc. These often have to be dealt with at the time and adjustments made.

The load we carry slows us down, this is of course only to be expected. The quantity of load however, may vary enormously from perhaps 2 kg for a small pack with 1 litre of water, an energy bar and some bits and pieces to a 30 kg pack containing the gear for a lengthy trip. A heavy pack may reduce your progress between 40% and 80% depending on your suitability to carry such loads.

The decision on when to move or indeed when to stop is dictated as much by equipment as it is by ability and fitness. If you are caught in an electrical storm and your planned route takes in a summit you may wish to stop for a while or if your schedule does not allow for this you may make a detour and contour at a lower level to reduce the risk to an acceptable level. Many say it is unwise to travel in darkness but the risk may be reduced considerably by wearing head torches and navigating a safer route.

Staying out of Harm’s Way

Navigating a safe route is always foremost in the navigators mind but this should be based around the weakness of the individual group members as much as their strengths; if some of the group are apprehensive where heights are concerned you would not plan a route containing a grade 3 scramble, it sounds obvious but I’ve seen it done. Knowledge of mountain weather will also have an impact on your planned route coupled with the equipment to deal with it.

When on multi-day trips the navigator will be able to plan the wild camps giving most if not all of the basic needs, water, shelter, terrain, drainage, safety etc. It is annoying to say the least when a poor navigator plans a route with a wild camp that on arrival has none of the essentials and a further two hours have to be spent looking for a suitable area… Now in total darkness!

In part three we’ll take a look at how the Special Forces look at the situation. 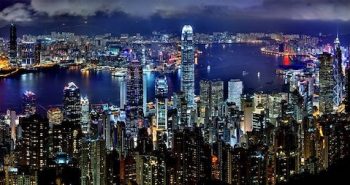 How to Save Money When Visiting Hong Kong 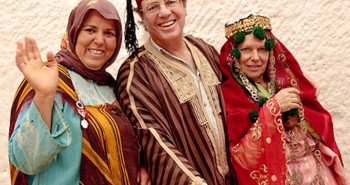 How I Became a Travel Writer: Judith Fein

About me: How I became a travel writer Judith Fein is an award-winning, international travel writer who has contributed to over 100 publications. She... 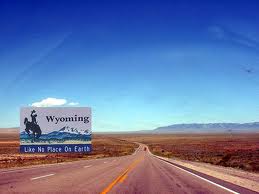 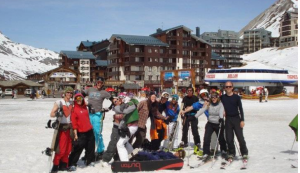 Life as a Chalet Host for Ski Total, France

by Ben Blewett, A guide to what life is really like for a chalet host during a ski season. What you are likely to expect and how to get the most out...