A two-thousand-year-old city and former capital of the Nabatean Kingdom, Petra presents visitors with a string of archaeological wonders that date as far back as the 312 BCE. A UNESCO World Heritage Site since 1985 and one of the new Seven Wonders of the World since 2007, Petra is the jewel of Jordan’s desert and will cast a spell of awe and enchantment by day or night. 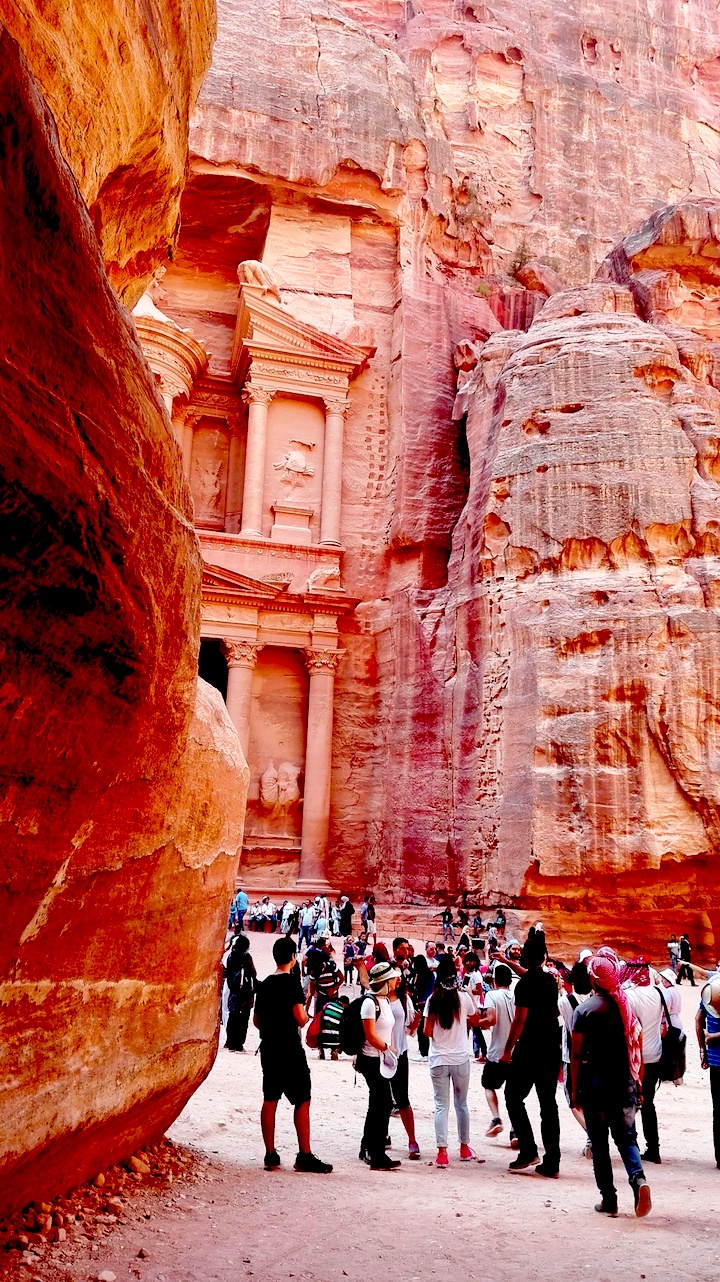 The Treasury (Al–Khazneh), the most decorated façade in Petra.

Petra flourished as a hub of trading in the Nabatean’s Golden Era (100 BC – 100 AD), during which time they carved out more than 700 stone façades in the area. After a change from land to sea trade routes as well as a series of earthquakes in the region, Petra was all but abandoned by the 7th century AD. Though several ancient settlements nearby have been discovered, Petra remains the highlight. The site of the old city, in which nearly 30,000 inhabitants once called home, is mesmerizing not only for the feat of architecture the Nabateans achieved, but also for the unique nature of sandstone mountains that envelope it.

Hiking and camping in Petra

Petra is more than 100-square kilometers amid vertical red sandstone mountains that hold content of iron, manganese, and cobalt, which give them their colors ranging from red to purple. The expansive area is also part of longer ridge of sandstone mountains that extend more than 40 kilometers from north to south, the hiking trails of which are recognized as some of the most beautiful in the world. They enable you to explore most of Petra and further allow you to enter and exit from various points in the old city.

Many of the trails have a moderate rating of physical demand and meet most people’s abilities to hike them. The most popular trail goes from Dana Nature Reserve to Petra, which is also classified by National Geographic as one of the world’s top ten trails.

It’s advisable to always hike responsibly: dress appropriately, bring plenty of water, wear sunscreen, and don’t go it alone. For those who wish to sleep under the stars, visitors can attain a permit from a local travel agent to stay at a camp site. Camping in the archaeological site of Petra isn’t allowed. 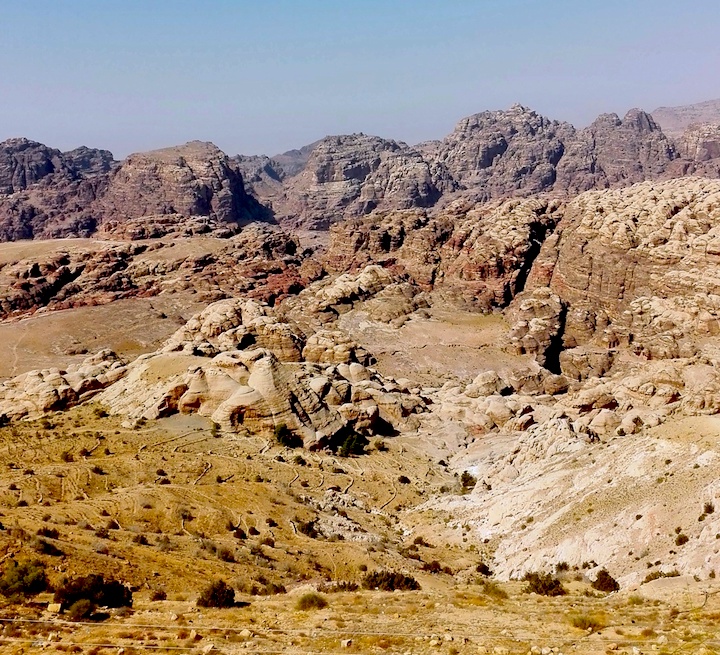 How to get to Petra

Petra is connected to the port of Aqaba on the Red Sea coast and the country’s capital of Amman via public transportation. Daily bus service from Aqaba to Petra departs between 9:00 a.m. and 11:00 a.m., with travel time taking 1.5 hours. The other option is a four-hour drive from Amman (buses depart between 7:00 a.m and 2:00 p.m. from the capital’s bus station). Renting a car is also a possibility, and foreign tourists will find that the highways in Jordan are good and with signposting in English too.

Visitors can buy entrance tickets at the archaeological site’s visitor center in Wadi Musa, the closest town to Petra. A day pass costs 90 Jordanian dinar (JD) per person (13 years and older), and 5 dinar for each additional day. For cruise passengers or visitors who stay more than one night in Jordan, the cost is 50 JD.

It’s 1.5 kilometers from the visitor center to the archaeological site of Petra and takes approximately 30 minutes by foot through the narrow gorge called the Siq. Alternatively, visitors can also reach it on horseback.

There are plenty of facilities and companies that are specialized in Petra’s tourism industry, which is the area’s main economy. There are more than 70 hotels and camp sites in and around Petra, most which are listed on Internet booking sites. March through May, as well as October, November and Christmas, mark the high season with comfortable temperatures.

Besides hotels, there are many other businesses owned by the local community such as exchange and post offices, car rental companies, plenty of restaurants, public saunas and baths. There are several shops and services inside the archaeological site, such as as cafeterias and restaurants, and horse-drawn rickshaws and camels can take visitors almost everywhere within the park area. 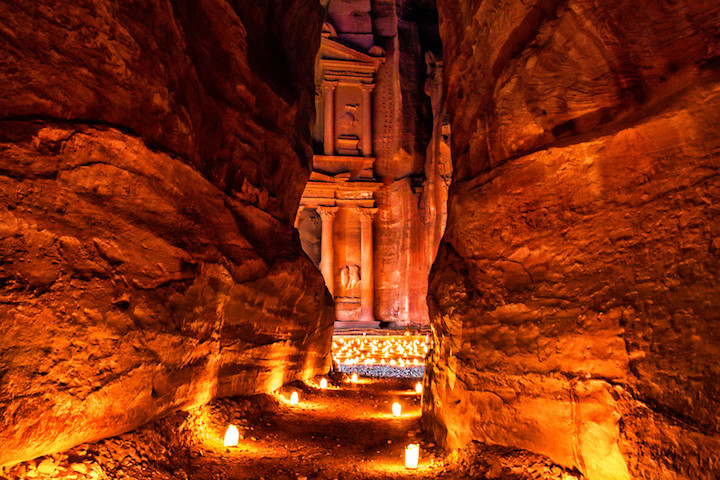 Admiring Petra’s grandeur by day is one thing, but a two-hour night visit will certainly leave a long-lasting impression. Available Mondays, Wednesdays, and Thursdays, from 8:30 p.m. to 11:30 p.m., visitors can walk through the Siq from the visitors center to the Treasury amid the warm glow of 1,500 candles—an experience in life that shouldn’t be missed. Contact author by visiting his site here. 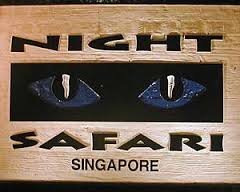 The Night Safari of Singapore is a night-opening zoo which provides an exotic novel way of viewing and experiencing animals and nature. The Night...