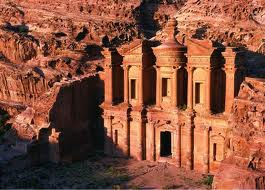 Visiting One of the Seven Wonders of the World

Petra, an ancient city carved out of red sandstone, shows the advanced culture of a civilization that lived there more than 2,000 years ago. Visiting Petra, Jordan is like going back in time. The ruins of this ancient city stand tall behind a rugged, almost impassable barrier of mountains, telling the story of a civilization thousands of years ago.

Petra, one of the Seven Wonders of the World, is a city carved out of sandstone. Its rose-colored buildings reveal a hard-working Arabian culture, the Nabateans, a nomadic tribe who first settled there around 6th century BC. Around 100 AD Petra was taken over by Roman rule. During the Byzantine period, it was still inhabited when the former Roman Empire moved its center east to Constantinople. After the Roman Empire fell, the Crusades built a fort at Petra in the 12th century, but they didn’t stay there long. However, it wasn’t known to the rest of the world until a Swiss explorer, Johann Ludwig Burkhart, discovered it in the early 19th century. Today Petra is a UNESCO world heritage site. It was also the site where the Stephen Steilberg movie, “Indiana Jones and the Last Crusade” was filmed in 1989.

Located about four hours south of modern Amman, Jordan, Petra is also two hours north of Aqaba, and on the edges of Wadi Araba, a mountainous desert. Because Petra is enclosed by towering hills of sandstone, it was protected by invaders. The area’s semi-arid climate, gave the Nabateans the ability to carve the elaborate sandstone temples and tombs without it easily crumbling.

If you’re in good physical shape you can walk the 45-minute trail through a long narrow gorge which leads to the ruins of the ancient town. The beauty of the steeply rising sides is only a foretaste to the sandstone wonderland to come. For those who aren’t physically able to walk up the steep trail, there are other ways to get to the ruins. You can take a chariot ride, rent a donkey or camel. When you arrive, you gaze up at Petra’s most noted landmark, the Treasury.

When you first gaze up at The Treasury you’re lost for words. The monument’s carved façade glows brightly in the sun, staring down at you. Built sometime around the first century BC, the Treasury appears to be carved by Near-Eastern Hellenistic architects. Although it resembles a treasury, it was probably an ancient temple or royal tomb. It’s called the Treasury simply because of the huge columns and that it’s believed pirates hid ancient treasures there.. A carving of an eagle (a Nabataean, as well as Greek male deity symbol) sits perched on top of its façade.

A sanctuary with a basin for ritual washing at the back of the chamber also suggests that the Treasury was used as a temple or some sort of holy place.

As you walk past the Street of Fascades, you can just imagine how these monuments were used as houses and government buildings. Admiring the elaborately decorated tombs, you can see the Nabataens took good care of their dead loved ones. From these carved buildings, monasteries, and tombs, tourists can see that the Nabeatens were an advanced society. The Nabateans placed a high value on decorating their temples with frescos and architectural sculpture, spending much time and money carving out intricate details in art.

These are only a few of the highlights. It’s an experience itself just noting the culture of the people living near the area. Children as young as eight years old sell donkey rides, postcards, and other souvenirs. After a long walk through the ruins, many tourists gladly welcome a donkey ride back through the gorge. 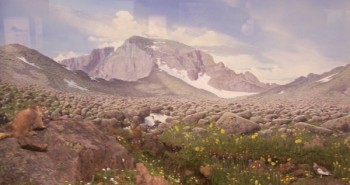 Longs Peak is a beautiful climb, but it is a very trying, sixteen-mile, round-trip hike. It takes a lot of energy to gain some 5,000 vertical... 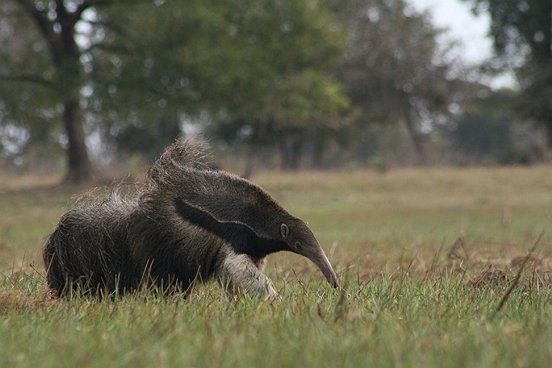 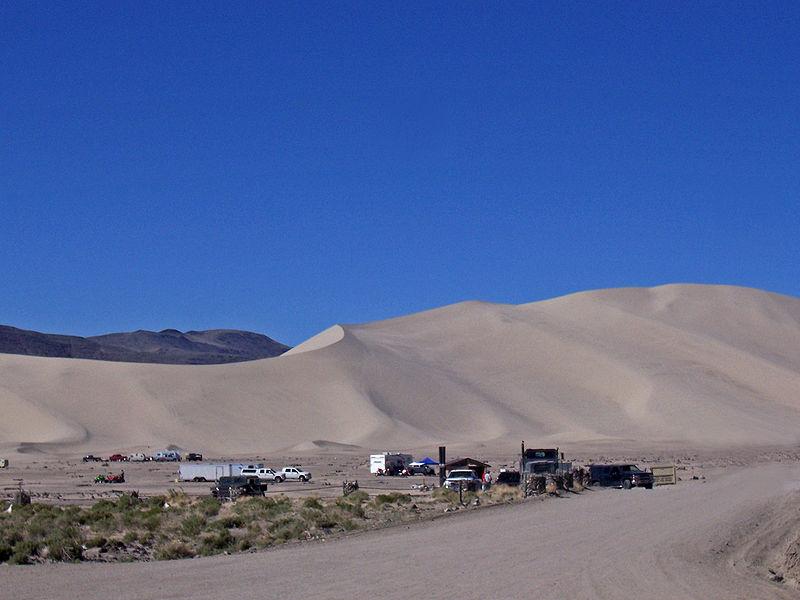 Sand Mountain is a natural sand formation located about 20 miles southeast of Fallon, Nevada. This is one of the best places to experience booming... 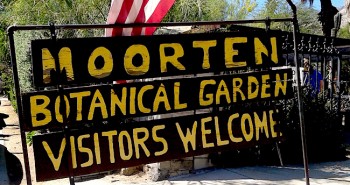 Leave a Reply to hiking in Petra Cancel reply