Rose Bowl is just one of city’s many attractions

Springtime may not be the most likely time to think of Pasadena — known worldwide as the site of the spectacular Rose Parade every January — but this Southern California city offers a surprising mix of attractions that makes it an ideal getaway just about any time of year.

Consider, for example, the spring flowers that aren’t just used to cover the magnificent floats you see in the Rose Parade. Visit Pasadena in the spring and you’ll find them all where they belong — in the ground along with a kaleidoscope of colors and vegetation that are visible all over town. Among the city’s major attractions are gardens and arboretums that are nothing short of breathtaking.

This combination of a garden-perfect climate and a picturesque setting at the base of the San Gabriel Mountains was what attracted new residents to Pasadena in the first place. There was no Rose Bowl or major parade back in the early 1900’s when wealthy easterners became enchanted with this part of Southern California. People like David and Mary Gamble — that’s the Procter-and-Gamble Gambles — would endure a week-long train ride and bring trunks of belongings to settle in for the winter.

The Gamble House was one of the first attractions we visited while on a recent weekend getaway to Pasadena. Now owned by the city and the University of Southern California, the house is a work of exquisite craftsmanship with tremendous attention to detail — so much detail, in fact, that the house cost 47 times the $1,500 average price of a home built in Pasadena back in 1908.

The Gamble House is an example of the Arts and Crafts movement that occurred about the turn-of-the-century. A couple of architects by the name of Charles Sumner Greene and Henry Mather Greene were busy in Southern California for about a 17-year period, leaving examples in Pasadena and elsewhere of their visionary work. Nowhere is that more evident than the Gamble House, where the brothers included such special Southern California touches as open-air sleeping porches, careful cross-ventilation and overhanging eves to shelter the house from the California sun.

From all appearances, the house is a popular Pasadena attraction — we had to wait 45 minutes from the time we got our tickets until we were able to join one of the 75-minute tours. Every nook in the house is explained during the informative tour and, for visitors interested in history, architecture and just a glimpse at how the other half lives, the Gamble House tour is well worth the $8 price of admission.

The Gamble House was one of several attractions recommended to us by the helpful people down at the Pasadena Convention and Visitors Bureau on Los Robles Avenue. Numerous maps and publications are available there as well as personalized directions — so it proved to be a great first stop on our first-time visit to Pasadena.

Another favorite during our visit was the Huntington, a former 207-acre ranch that has been transformed into a historic library, art museum and botanical gardens. While it may seem at first like an odd combination, we found there are rarities on display in all three areas and what was planned as a brief hour-long visit quickly turned into a visit lasting the better part of a morning.

Much of that time was spent enjoying a beautiful spring day while following pathways through an endless variety of plants and trees on display in the botanical gardens. There are 12 garden areas spread throughout 120 acres of rolling lawns — enough walking and hills to consider this your exercise for the day. Just about any kind of garden you can imagine is on display here. The collection of cacti, for example, was amazing.

It was almost a shame to go indoors on such a beautiful Southern California day, but the library and gallery areas at the Huntington were easily on a par with the botanical gardens. If fine rare books are of interest to you, the Huntington has books on display that were printed as far back as the 1500’s. Handwritten manuscripts, a collection of Shakespeare’s works and a Gutenberg Bible are just some of the fascinating works on display.

The art collections at the Huntington are the most comprehensive collections in this country of 18th and 19th century British and French art.

By now, you’re probably getting the point: Pasadena is not just a parade or football venue. It’s a beautiful and diverse city, easy to navigate, with enough local attractions to keep you busy for days. Among the other attractions in Pasadena:

Old Pasadena — This shopping district has a certain hipness and, on a weekend, you’ll find this eclectic stretch of Colorado Boulevard swarming with shoppers or those just wanting to drop in at one of the local sidewalk cafes for some excellent people-watching.

Rose Bowl — We had to pay a visit to this center of the known football universe. While it’s easy to visualize the excitement the area brings at game time, it’s also fun to explore the nearby grounds when all you see in the area are a few joggers and walkers.

Bungalow Heaven Landmark District — Several blocks between Mountain Street and Washington Boulevard, and between Holliston Avenue and Wilson Avenue comprise one of the largest concentrations of intact Craftsman bungalows in the country. Through publications and articles, the aforementioned Greene Brothers are credited with inspiring America to adopt the bungalow design.

Norton Simon Museum — this museum includes art from the Renaissance to Van Gogh, Picasso and Rembrandt.

Pasadena Museum of History — Located in the 18-room Fenyes Estate, built in 1905, this museum contains the original furnishings and paintings.

Kidspace Children’s Museum — This is a new state-of-the-art facility that includes 20 interactive exhibits and two acres of gardens and waterways.

Playhouse District — This area is a mix of bookstores, specialty shops, restaurants and historic architecture. The Pasadena Playhouse is a National Historic landmark.

WHERE: Pasadena is surprisingly close to Los Angeles — just 10 miles north of the city by freeway. It is at the northern edge of the Los Angeles basin, close to the San Gabriel Mountains.

WHAT: Pasadena is the site of the famous Rose Bowl and Rose Bowl Parade, which draws more than a million spectators to Pasadena on the day of the parade. It’s also an easy getaway city with a number of attractions and excellent local shopping and dining.

WHEN: Any time of year. Pasadena gets a lot of sunshine and shares the temperate Southern California climate.

WHY: Pasadena is a visual delight. With many upscale neighborhoods, abundant vegetation and a mountain backdrop, the city is easy on the eyes and offers several historical and cultural attractions.

HOW: For more information on Pasadena, contact the Pasadena Convention and Visitors Bureau at 626-795-9311 or visit www.pasadenacal.com. If you’re planning on visiting Pasadena for the Rose Parade in early January, grandstand tickets are available by calling 626-795-4171. Grandstands are located along the 5.5-mile parade route and tickets cost between $40 and $80. Or you can plan 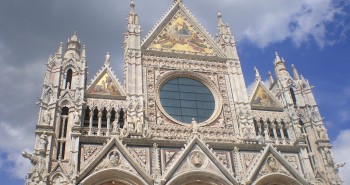 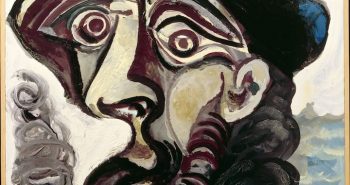 he light shimmers bright and golden on a cerulean sea.  The soft, warm breeze stirs the palm trees and threatens to take my napkin off into the...

Get The Most Out Of The Galapagos Islands By...

For travelers who enjoy some of the most natural scenes that Earth has to offer, visiting the Galápagos Islands is a dream come true. This...