Perhaps twenty years ago my wife Maura and I first visited Key West by driving way out over U.S. 1 from the mainland, stopping once at Key Largo to visit the Humphrey Bogart Museum and the good ship African Queenmoored outside. On that trip we stayed with friends to tour the Hemingway House and see his typewriter with some story he was working on still within the machine as though he had left to have a drink. A bit later we toured the Truman White House with chairs set around a poker table enabling us to imagine Harry sitting there with a cigar in his mouth.

But all that was twenty years ago. This time we boarded the hovercraft Key West Express from Fort Myers Beach 135 miles out to sea to Key West. The ship (holding up to 450 passengers) cruised at 38 knots (45 mph) with indoor and outdoor seating as well as a snack bar and pub. The ship created an immense white wake trailing behind as we traveled at such a high speed until we reached Key West harbor with its coast guard and navy vessels in a bit less than four hours.

We wheeled our suitcase down the gangplank and through the streets of Key West to our quarters, an old home converted into a pleasant hotel on Caroline Street with a patio and outdoor pool shaded by bushy palms. Soon, suitcase-free, we walked to Duval Street and Sloppy Joe’s bar and restaurant, one of Ernest Hemingway’s favorites.  We ordered delicious crab cakes along with glasses of amber beer. We couldn’t help but notice a large photograph of Hemingway high on a wall above a singer on a stage. To the right of this photo hung a pair of Hemingway’s old-fashioned skis that he used in Austria and Switzerland; they looked quite heavy and cumbersome, hardly good for doing moguls. On another wall hung one of the author’s rifles used on hunting safaris in Africa in the .

After lunch we strolled down Whitehead Street to Hemingway’s house (occupied during the 1930’s) where he wrote the second half ofAFarewell to Arms (the first half written in Sunlight Basin, Wyoming), For Whom the Bell Tolls, and two of his suitcase short stories, “The Short Happy Life of Francis Macomber,” and “The Snows of Kilimanjaro” which he originally sent to Maxwell Perkins, editor at Charles Scribners, with the title “Wings Over Africa.” Perkins wrote back that this story was magnificent but couldn’t it do with a better title? Hemingway thought about it for a few days and wrote back how ‘bout “The Snows of ”? Perkins wrote “You’re on!” and it soon appeared in Scribner’s Magazine.

We crossed the street to look up at Key West lighthouse almost obscured by tropical palms, “tropical” I write, but technically they’re not tropical as Key West is 100 miles north of the Tropic of Cancer. Nonetheless, Key West has never experienced a frost as its lowest ever recorded temperature was 42 degrees. But something that Key West has experienced is hurricanes, furious hurricanes, the most recent being Hurricane Irma this past year in 2018. Irma destroyed over 35% of Key West’s trees and ripped off the roof of a downtown hotel and flooded the streets.

But none of these extremes hit Key West during our brief visit, just beautifully clouded skies, and 80-degree temperatures. Walking past the southernmost point in the U.S., we paused at a beach café to order a nice snack of conch fritters along with mojitos. All the while we just stared out toward Havana across the open seas. One of these days, hopefully, we’ll get over to Havana to see all those 1957 C! The heat made us sleepy and so to bed we went for an afternoon snooze. That evening, after a dinner of sea scallops in a pineapple-rum sauce, we ambled along the waterfront whose lights twinkled under starry skies.

Early the next morning, a hoarsely crowing rooster awakened us. Our hotel provided rolls and coffee by the pool and, as we went for a second cup, we met some people from Dallas and had a lovely chat with them as though we knew them for years. Even their faces looked familiar. Leaving the hotel, we soon spotted that crowing rooster on the hotel property and scores more of these creatures walking along the streets. Hens scratched the soil for bugs to feed their wee black chicks. Chickens rule the streets of Key West as a result of once popular cockfighting finally getting outlawed in the . Cubalaya chickens were then released to roam the streets free and fare for themselves up till this very day.

We stopped in a shop to buy some gifts for our family and friends and noticed Conch Republic flags displayed all through the store. The owner informed us that during the spring of 1982 President Reagan set up a blockade on U.S. 1 to search for drugs supposedly being snuggled from Key West to the mainland. The blockade really hurt tourist trade and the city council, with the support of citizens, rebelled against U.S. by creating a “Conch Republic” that lasted only one week when it failed to receive “foreign aide” from We were surprised that we never heard of this event but soon realized that we were living in Japan at the time.

All too soon we had to line up for boarding our return ship to Fort Meyers Beach. Despite a rather rough voyage back to the mainland with five-foot waves, we thoroughly enjoyed our two days stay on this magical key so close to Cuba. 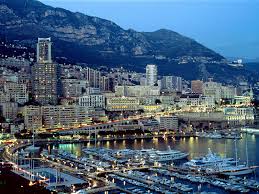 Synonymous with luxury, refinement and fortune, the prosperous principality of Monaco has become one of the most sought-after addresses in the world...

Arrondissements of Paris: The First...

Paris is separated in to twenty districts known as Arrondissements. Each section offers something different. Here is what can be found in the First... 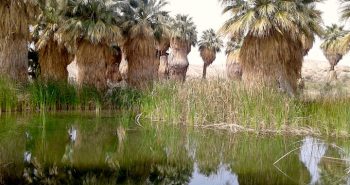 Tucked in the northern edges of the Indio Hills and offering breathtaking views of the San Bernardino Mountains and the southern edge of the Joshua...