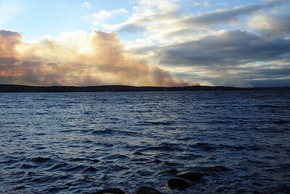 Well into our cruising altitude out of JFK, we sat aboard IcelandAir for our first ever trip to Reykjavik, Iceland. I looked out my window far above the Bay of Fundy to see the wee flash of Cape Sable lighthouse way to the south near Yarmouth, Nova Scotia. Seeing that tiny light in the distance brought a flood of Nova Scotian memories

There’s a beautiful Micmac Indian legend that poetically explains the Bay of Fundy’s huge tides. Glooscap, a great native giant, wished to take a bath and ordered a beaver to build a dam across the mouth of the Bay of Fundy to trap the high tide waters deep enough for Glooscap’s bath. After the beaver completed the dam, he enraged a whale who proceeded to break apart the dam with his huge tail. Ever since then, the bay’s waters slosh back and forth with tremendous power up to this very day.

I well remember my first ever visit to Nova Scotia as a young college student who got talked into selling magazines in Halifax by a man called CJ on the ferryboat from Bar Harbor, Maine. I just wanted to walk around Yarmouth to enjoy its people and its rugged landscapes. But no, CJ said I could make good money (in 1956). So, I made sure I had enough money for return train fare up to Halifax and rent a room at the YMCA.

After CJ trained me on how to sell Chatelaine Magazine subscriptions, off I went to a suggested residential area to push Chatelaine. After two or three days of zero subscriptions, I wondered if I should not return to Yarmouth. But, I tried once again to be a successful salesman. One young lady asked me point blank, “Why should I subscribe to Chatelaine when have three kids to feed and rent to pay?” I replied, “You’re absolutely right. You should not subscribe.”

Within a few hours of this brief conversation, I found myself aboard the train to Yarmouth breathing a sigh of relief. But I was in for a surprise! Half way to Yarmouth, the conductor announced not to be frightened by a huge forest fire the train had to pass through. Shortly thereafter I saw billows of pine smoke high in the sky. Then I noticed that these clouds began to reflect shimmering red flames underneath. And soon the train passed by flames so intensely hot that my faced burned from heat through the glass window. The train kept rolling along through a frightening inferno. It’s amazing the tracks didn’t buckle.

Gradually the smoke and flame cleared with views of the Bay of Fundy. Was the whale still angry at Glooscap for building that dam? Did he set off sparks by bashing his tail against the shoreline?

God it was great to sip a cup of Labrador tea and eat a fish sandwich at a waterfront cafe in Yarmouth as I awaited the Blue Nose ferryboat to Bar Harbor, Maine.

Click here for North by East to Iceland: Part 2 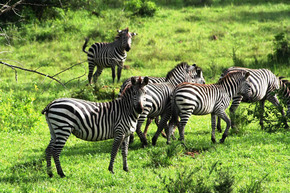 The Attractions in Uganda

Uganda is commonly known as the pearl of Africa because of  its gift in nature.it has a number of national parks as explained below.they are 10... 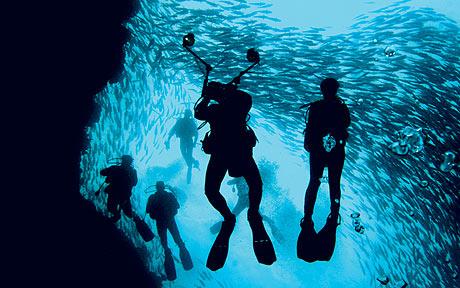 Tropical island destinations are for the majority of people the astonishingly embodiment associated with paradise as well as great spot to your... 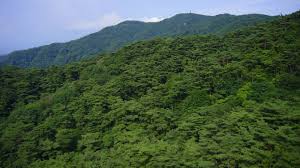 Japanese Hills : Part One Kabutoyama (Helmet Mountain) lies at the edge of the Inland Sea in the Kansai district of Japan. It does indeed look like...