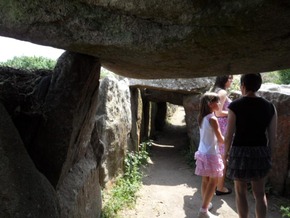 There are many hundreds of neolithic and megalithic sites throughout Brittany in western France, especially near Carnac in the south-central section.

The green and rolling province of Brittany (Bretagne) in western France is laced with countless eight-thousand year-old neolithic and four thousand year-old megalithic sites ranging from dolmens both free standing and with underground passage graves to tumuli or burial mounds to isolated giant menhirs to aligned rocks that stretch out over one mile in length. Many of the gray granite rocks weigh well over thirty tons and some are balanced on top of each other by mysterious means of ancient engineering.

Early Folklore of the Rocks of Brittany

Long before modern archeologists had radio-carbon tested implements and skeletons found by these sites and before they had made excavations, earlier people of Europe, during medieval times, visited these curious sites and created legends of giant stones that were, at one time, living beings. They guarded secret treasures which could not be disturbed in any way or instant death would surely come to human intruders. It is said that sometimes medieval peoples would carry on with their own ceremonies and dances around some of these sites.

The dolmens of Mane Lud and Rondossec are typical passage graves comprised of gigantic surface stones piled on top of slabbed passage ways and inner chambers that once contained human ashes. The megalithic site of Mane Lud, near the town of Locmariaquer, consists of massive stone slabs that form a vary narrow interiot passage way some twenty yards long that is covered with thick stone slabsand massive surface rocks. The passage way leads to an inner chamber about twenty feet wide and six feet tall. Archeologists have found traces of human ashes within this inner chamber that has intriguing pictographic images of boats. 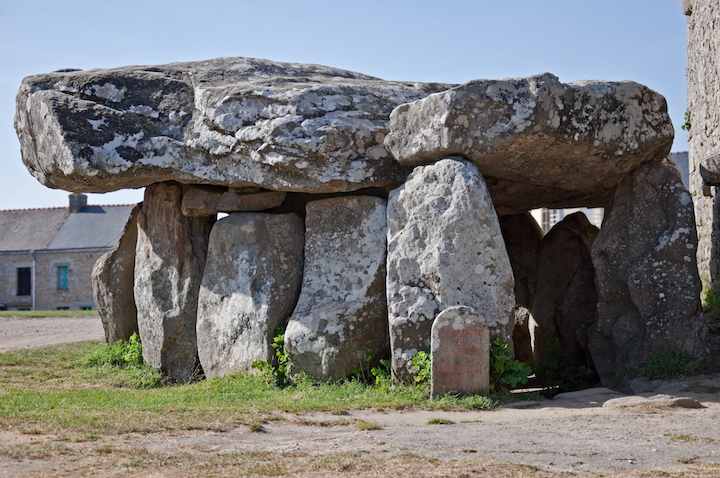 The megalithic dolmen of Rondossec, near Carnac, is somewhat similar to Mane Lud except that its passage way to an inner chamber has several openings to the sky above and where the surrounding forest can be seen. The visitor to Rondossec must hunch down in order to walk all the way in (perhaps thirty yards) to a smaller inner burial chamber. Remains of ashes have been analyzed to be at least four thousand years old. 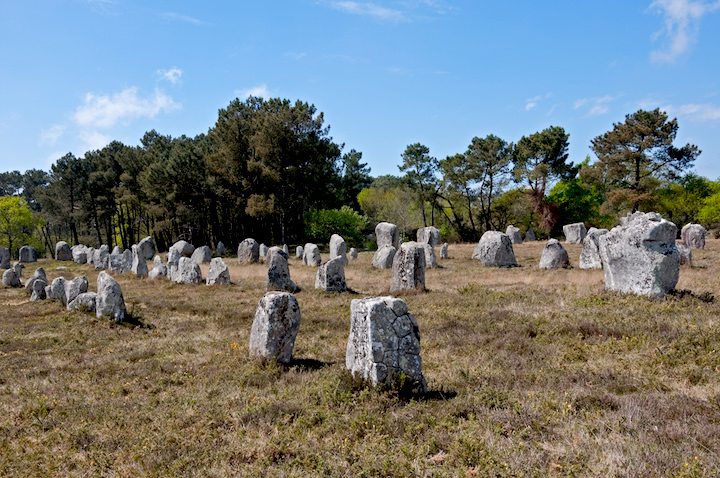 The Aligned Rocks of Carnac can be found in three locations: Kerlescan, Kermario, and Menec. These alignments have been determined to be at least eight thousand years old and built just after the end of the last Ice Age. These neolithic sites have alignments of rocks that are six to seven feet high and are set in rows (up to twelve) some twenty feet apart that stretch out for nearly one mile where the rows gradually spread apart as they lead up to a sacred ring or square of smaller rocks. Seen from the air, these alignments strangely resemble lines of strobe lights on runways at a modern day airport. Perhaps ancient tribesmen approached a ceremonial site by following these aligned rocks separated from each other in rows

Another form of neolithic structures consists of giant free-standing menhirs that are sometimes surrounded by smaller rocks. The menhirs are etched with rich petroglyphic designs that look like giant thumb prints or fern fronds (so prevalent in Brittany) or writhing serpentine figures or even giant bulls graced with curving horns. 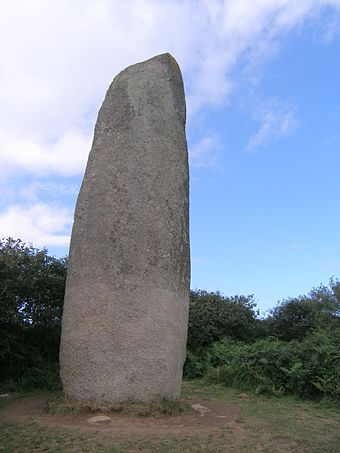 How did mere humans transport these giant rocks? Groups of archeologists along with many helping hands, have recently attempted to replicate the moving of these rocks from one place to another. They placed many round logs to the lea of a menhir that is tied with three or four long strands of rope. Dozens of people pull the ropes until the rock slab falls backward or forward onto the logs. The stone is gradually pulled over the logs, and as it advances, logs to the rear are placed in front and the process is repeated until the rock arrives at the desired destination. But how long it took to align heavy rocks in twelve rows for one mile is a matter of conjecture. 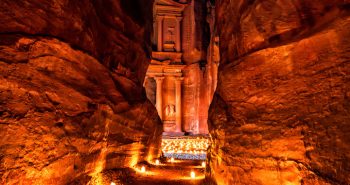 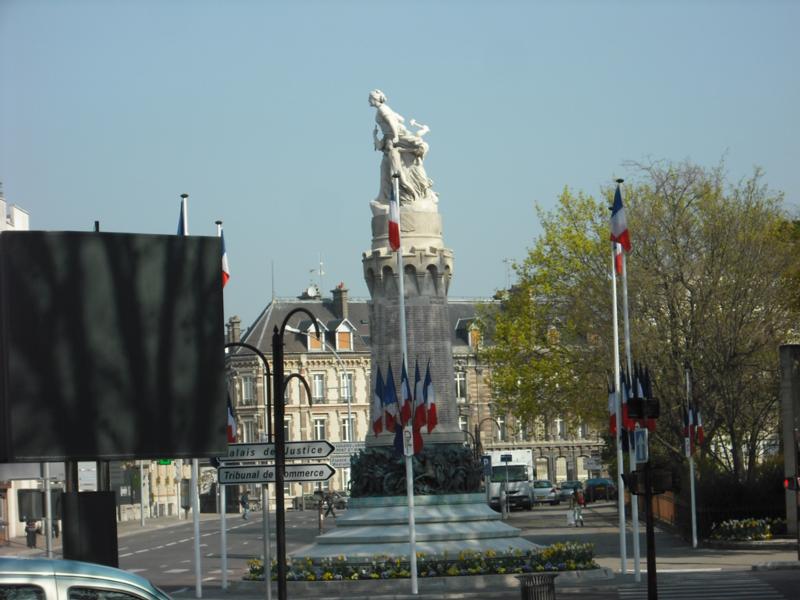 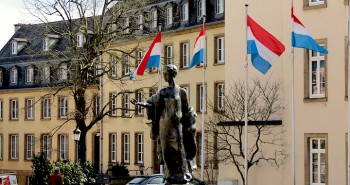 Sometimes it’s nice to visit a well-known city, like Paris, London, Rome, Berlin, Tokyo, or Jerusalem. Yet, at times it’s fun to visit... 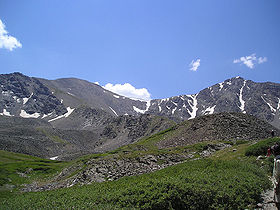 Grays Peak Trail rises 3,000 feet in a little over three miles up to 14,270 foot Grays Peak, the highest point in Colorado’s Front Range. The...