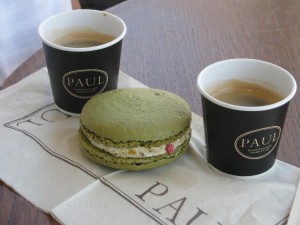 Macarons are classic sweet meringue-like French treats, with a crisp chewy texture, that are light-as-a-feather, and really do melt in your mouth. The rainbow of colors, always so beautifully set out, make them very appealing visually too. We find them all over France, in special grocery stores, in patisseries, and in coffee shops.

They are made with eggs, icing sugar, granulated sugar, almond powder and food coloring. Usually, they consist of two biscuits sandwiched together with ganache, buttercream or a jam filling. It is believed that the name derives from the Italian words for meringue, macarone or maccherone. The French macaron and the English macaroon appear to have similar origins, but the English version usually has coconut and other nuts. 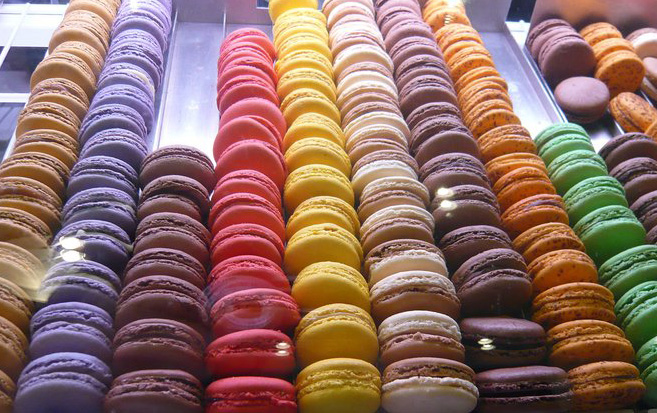 The macaron is generally considered a French confection, but there is debate about its origins. Some say it was created in a convent in central France in 791. Others say it arrived in France when Catherine de Medicis married Henri 11 of France and came from Italy with her own pastry chefs. The most typical style of macaron that we see today was probably created by Pierre Desfontaines of the famous French pâtisserie, Ladurée about 150 years ago. Ladurée continues to sell many different macarons, and you can usually see gorgeous displays in their windows. 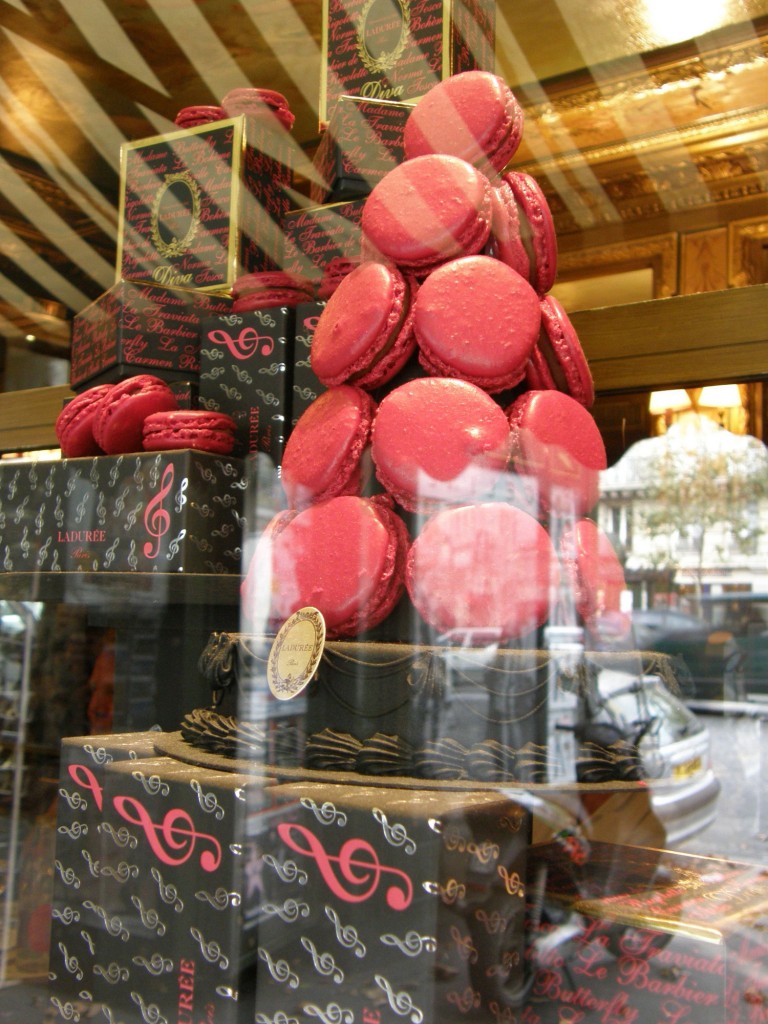 Many French cities and areas have variations and specialities of the macaron too, such as Montmorillon, which also has a macaron museum. Interestingly, in France, McDonald’s sometimes sells macarons too in their McCafes.

The macaron is also popular outside of France, especially in Switzerland. South Korea and Japan both make a confection similar to the macaron, called ma-ka-rong in Korean, and ma-ka-ron in Japan.  Both countries use green tea powder as a flavor, and Japan has even made a wasabi-flavored macaron!

Macarons can be tinted and filled with all kinds of flavors and fillings—common ones are raspberry, strawberry, coffee (espresso or cappuccino), chocolate, vanilla, pistachio, and blackberry. Not so common varieties are cassis-violette, grapefruit, foie gras or matcha, which I confess I’ve never tried. Honey-lavender, hibiscus, fig, and orange blossom are on my list to try next time we are in Paris.

Thailand is home to a wide variety of beers, wines and spirits. Here we look at the four most celebrated locally brewed beers. A wide selection of... 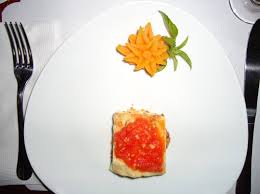 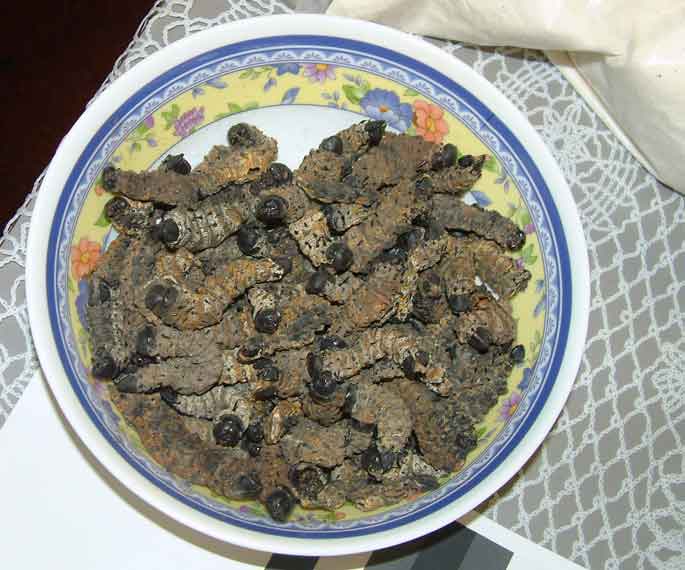 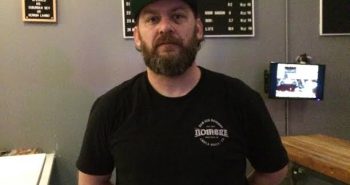