Let me start by stating I believe in ghosts—they’re around us all of the time and everywhere we go. I don’t fear them, either, and that’s probably why I’ve had so many different experiences with them. Therefore, I’d like to share two of my favorite ghost stories from my times of traveling. 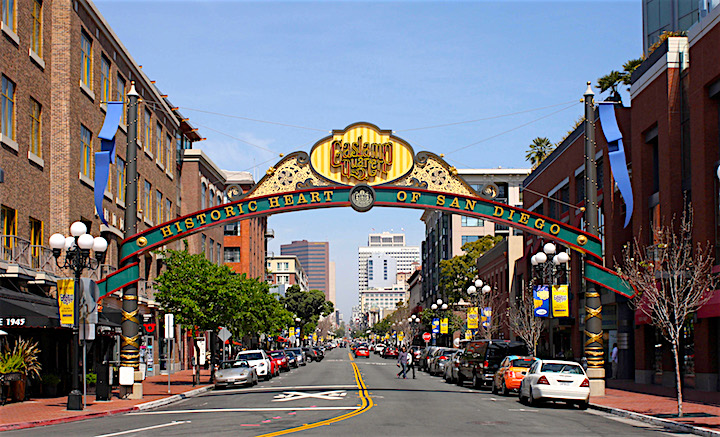 It was 10 o’clock in the morning one sunny and beautiful morning in San Diego. I was on my first 24-hour layover as a flight attendant, and the airline put us up in a hotel in the Gas Lamp District. The five of us, three flight attendants and two pilots, were excited to get out and enjoy our free day in the city. The hotel was historic in every sense of the word, the stories it contained oozed from the walls, and it also boasted itself as having the oldest elevator in the U.S. 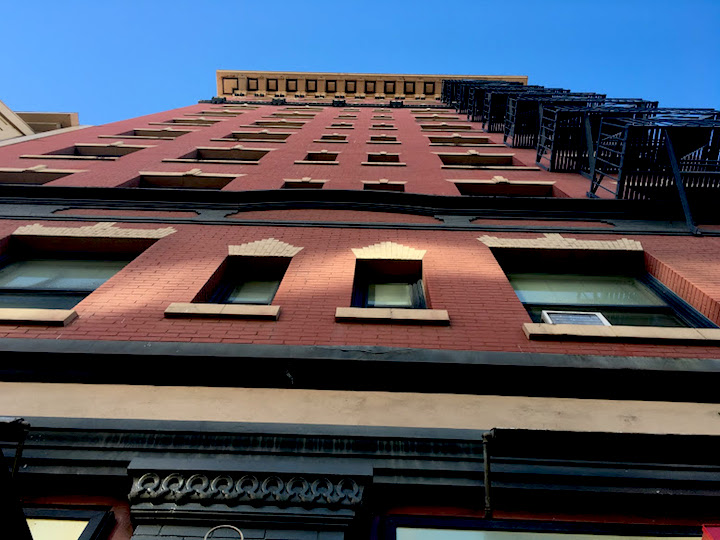 We took the small and slow elevator to the 5th floor and found our rooms at the end of the narrow hallway. We inserted our key cards, but oddly enough none of them worked. The first officer took them and bolted down the stairs, his apparent frustration seemed to give him some sort of super energy.

10 minutes later he reappeared, looking surprisingly invigorated after his run up and down the five flights of stairs. However, the key cards refused to work. One of them triggered a green light, but the door remained locked. The captain became angry and decided to take matters into his own hands. 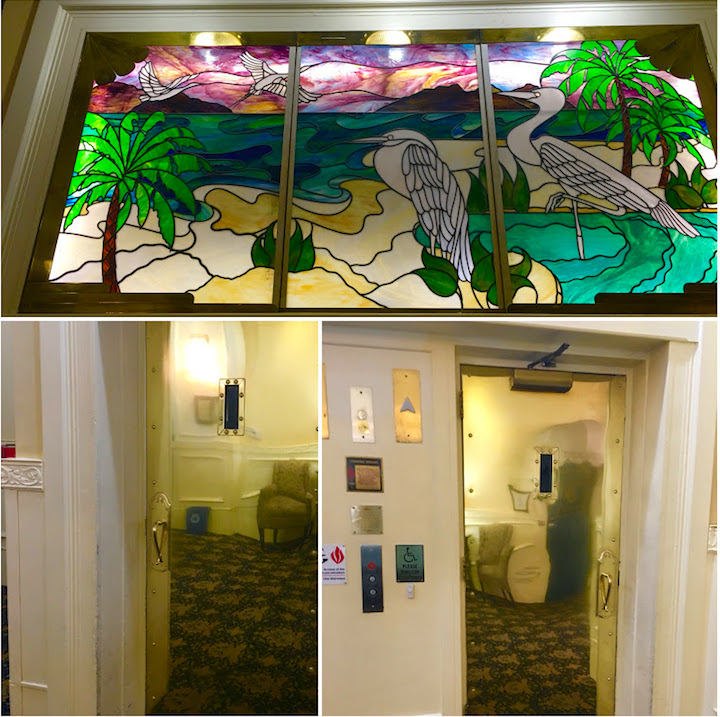 One of the Oldest operating elevators in the country

He called the front desk on his phone and demanded to talk to the manager. 15 minutes later a short, round man appeared, apologizing for the inconvenience, and produced new key cards. He opened each of the rooms and promised we wouldn’t have any more problems. As he walked away I heard him say: “No more,” then he disappeared down the stairs.

My room had everything you would want for a good night’s rest, but I didn’t feel as if I were alone while checking it out. I had an hour before I was to meet the others, which was plenty of time for me to freshen up. 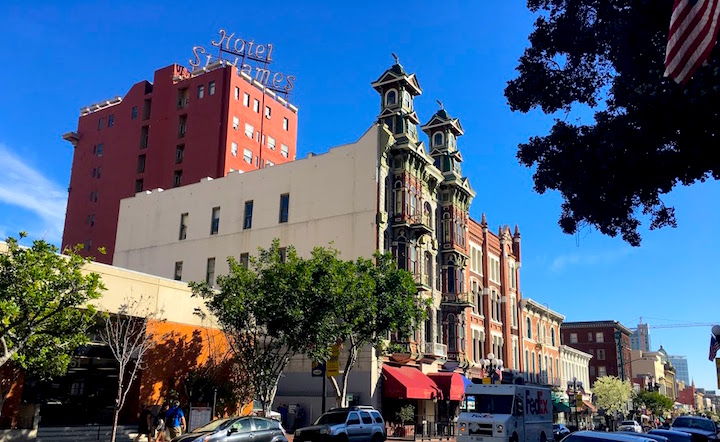 Once I stepped into the shower, the water was first scalding hot, then icy cold, then hot and cold—rinse and repeat. I felt like I was playing hopscotch while jumping in and out of the extreme temperatures. Frustrated, and chalking it up to the fact the hotel plumbing was an antique in its own right, I felt I was clean enough after a bit of splashing.

After getting dressed, I climbed into bed and closed my eyes to enjoy a quick cat nap. Although as if on cue, the TV turned on, with the sound blasting at a high volume. I grabbed the remote off the nightstand, but nothing happened when I tried to turn it off. When I removed the cover on the back of the remote, I was surprised to see that the batteries weren’t inside. I looked back at the nightstand and saw the four of them lined up behind the lamp.

I inserted them and pressed the power button, but the channel changed. The volume went up and down with the press of the channel button—at that point my ears were ringing. Defeated, I climbed out of bed and manually switched off the TV.

However, just as I climbed  back into bed, the TV returned to life again. Each time I turned it off, it came back on—it was actually somewhat comical. In the end, I unplugged the possessed object from its outlet connection. 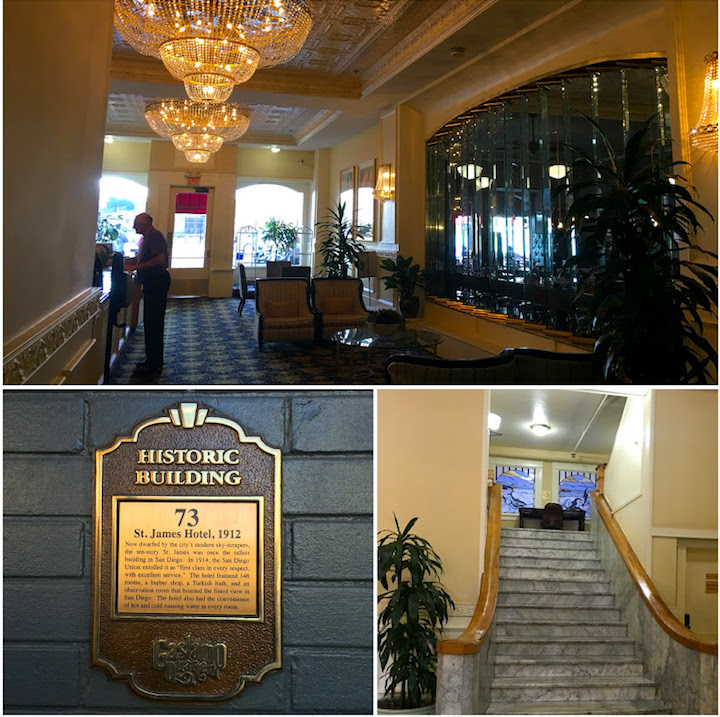 For a moment it was peaceful until a low, grumbling sound reverberated from the bathroom. I stepped towards the door, pushed it open and saw the disaster taking place—the toilet was overflowing in various shades of water and emitting the foulest of odors.

I ran to the phone, picked up the receiver, but the line was dead. I hung up, put my hands on my hips and then, like a mother scolding a child, I said “stop now! I mean it, stop it now.” At the point, my room became eerily quiet. Due to similar occurrences I had in the past, I believed that this was the only way to bring the monkey business to an end.

I picked up the phone, heard a dial tone and called the front desk, calmly informing them of the torrential flooding in my bathroom. Of course, they said someone would be at my room right away. 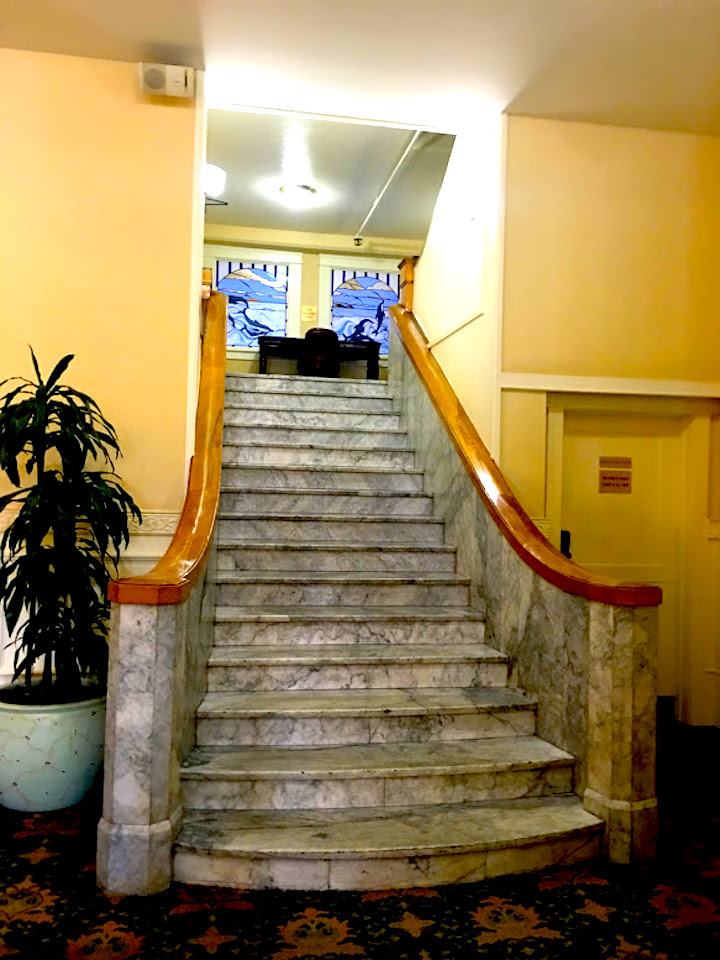 After the conversation, I put on my shoes, slung my purse over my shoulder and left the room, stepping into a hallway that echoed with the blaring of TVs from other rooms. The captain bolted out of his, looking frantic and agitated. “All of our TVs keep turning on, and our damn remotes won’t work! Are you having the same problem, too?”

“No, everything’s fine in my room,” I replied, keeping a straight face. “How about I wait for you downstairs?” I turned around and smiled, deciding to let the ghost or ghosts have just a few more minutes of fun with them.

Although I must say that I’ve had experiences with ghosts that weren’t so dramatic, but nevertheless curious in their own unique way. 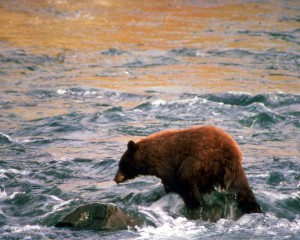