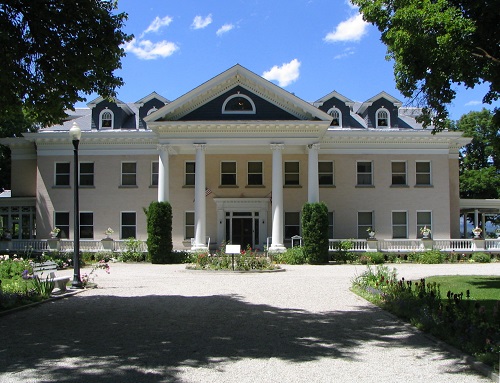 Marcus Daly was a colorful mining tycoon known as the “Copper King.” An industrious Irish immigrant, Daly (1841-1900) made his immense fortune in the mines of Butte during the 1880s, and created the Anaconda Mining Company. Daly established the towns of Anaconda, to boost his smelt mines, and Hamilton, to strengthen his lumber industry.

Daly became a citizen of the United States in 1874. The Walker Brothers, friends of his in New York who owned a banking and mining business group, sent Daly to the Montana Territory in 1876 to find and invest in silver mining operations. After buying and selling interests in dozens of mining properties, Daly purchased a certain silver mine claim that unexpectedly gushed forth an effusive copper vein.

Understanding there could be a gigantic profit in copper if related smelting costs could be lessened, Daly saw a golden opportunity for prosperity. With strong financial backing from associates, he built a smelter on a site twenty-eight miles west of Butte (now known as Anaconda). By the mid-1880s, the copper mines of Butte were producing over seventeen million dollars worth of metallic elements a year, and Daly, although a junior partner in the Anaconda investment, became a very wealthy fellow.

In the late 1880s, Daly built a summer residence for his family in present-day Hamilton, the center of the marvelous Bitterroot Valley. Daly purchased the existing Anthony Chaffin homestead in 1886, including the farmhouse, and had it completely remodeled into a majestic Queen Anne style Victorian mansion. To this day, the manor remains a riveting symbol of abundant wealth and lavish adornment.

“This is a very captivating place,” said Kim Morris, director of development for the Daly Mansion. “It makes many people think of Gone With the Wind.  When you come here, you are able to step back more than one hundred years..”

The Daly Mansion, aka known as “Riverside,” due to its closeness to the Bitterroot River, served to entertain and delight guests. Foreign plants, a swimming pool, and a children’s playhouse were all added to Riverside after the Daly family arrived.

Marcus Daly, a blunt and reclusive man, had a tremendous love for horse racing, and came to the Bitterroot Valley for two compelling reasons: to purchase enormous acreage for timber and to establish a breeding homestead for thoroughbreds. The Copper King eventually obtained several large ranches and farms. While Daly lived, 1,200 head of horses were kept on the 22,000-acre holding he named the Bitterroot Stock Farm.

During the late 1880s, Daly bought up little sawmills in the surrounding areas and very quickly established a lumber producing industry on the grounds beside the Bitterroot River. Marcus Daly’s next big idea was to bring in a pair of men from out-of-state to design and develop his fantasy town. They were James Hamilton and Robert O’Hara, who arrived from Minnesota in 1890. The town was named after Hamilton, and O’Hara was the first mayor. Daly’s planned community had a bank, stores, shops, a school, and four churches. Hamilton was incorporated about 1894.

Margaret Daly (1853-1941) took an executive role in the daily operations of the Bitterroot Stock Farm. She hired dependable, efficient employees, and was known to be quite the   entertainer. Dinners at the home were always formal, and after most evening meals, coffee was served on the sun porch. Mrs. Daly would gather the children around her right before bedtime and read stories to them in the sitting room.

Mrs. Daly also had a philanthropic streak measuring a yard wide and a foot deep. She helped the Boy Scouts financially, enabling them to bring about the first scout camp in the Skalkaho area. She also donated land for the area’s first library to be constructed, and in memory of her husband, built the Marcus Daly Memorial Hospital.

After Marcus Daly’s death in 1900, Margaret had the home remodeled into the present structure. The Georgian Revival style Mansion was drafted by noted Missoula architect A.J. Gibson and finished in 1910.

The building occupies 24,000 square feet on three floors, with twenty five bedrooms, fifteen bathrooms, and seven fireplaces, five of which are faced with imported Italian marble.

Some of the primary rooms include a broad living room, a formal dining room, a music room, a sun room, an upstairs sitting room, a third floor billiard hall, and a trophy room which was annexed in 1914.

Mansion grounds showcase fifty species of trees, a tennis court, a greenhouse, a boathouse, and a laundry building. Following Mrs. Daly’s death in 1941, her elegant abode was boarded up until 1987, when it was opened to the public.

Various renovation projects to the elegant abode have been going on for the past three years.  “Our primary focus has been with raising funds to restore this extraordinary home,” said Cheryl Dorn, events and membership coordinator for the Daly Mansion.

With a large portion of the estate’s fundraising goals achieved, the Daly Mansion Preservation Society has finally been able to begin its major restorations. They have installed a new heating system and completed the first phase of upgrading the building’s archaic electric system.

Today, this historic getaway continually entertains visitors from all around the country. The residence and its grounds offer tours, special projects and events, including picnics, weddings, reunions, murder mysteries, doll shows, concerts, and a unique Christmas open house.

“We invite the public to come and utilize the mansion,” said Dorn. “Even if they want to use it as a place to simply come and relax, for sitting on the covered deck and playing checkers.”

The Daly Mansion is located in the heart of the Bitterroot Valley, just outside the town of Hamilton. (Approximately 45 miles south of Missoula, Montana on Highway 269, at mile marker 2) 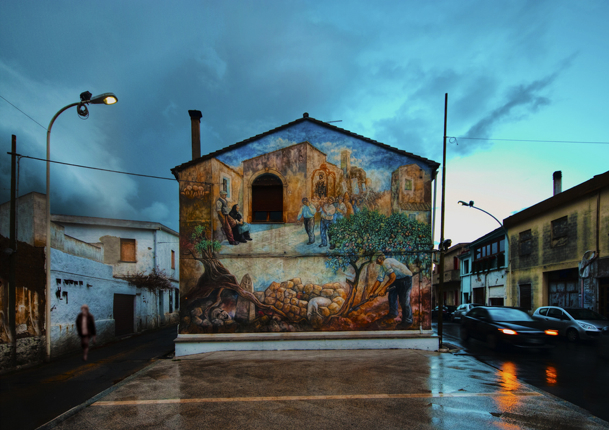 A Living Art Gallery: the Village of San...

Imagine a Sardinian village where every house is brightly painted with murals, and every street feels like a giant comic strip or a huge art... 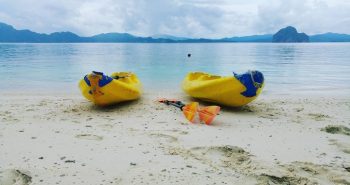 5 Reasons Why Palawan, the Philippines...

Let’s face it: when it comes to going on an Asian tour, Thailand, Singapore, and Indonesia are the first places that come to mind. Undeniably...

Whatever kind of adventure you’re looking for, you’ll find it in Australia. Stunning landscapes, a fantastic climate and welcoming people...