We all know what life is like on a cruise, and the stories of endless eating and drinking amid first class service of attentive staff. To go through the full details of our life on the open seas will probably sound more than familiar. Therefore, it would be fun to reflect on the curious episodes involving equally curious travelers who my husband and I encountered on board our three-day cruise to Ensenada, Mexico. 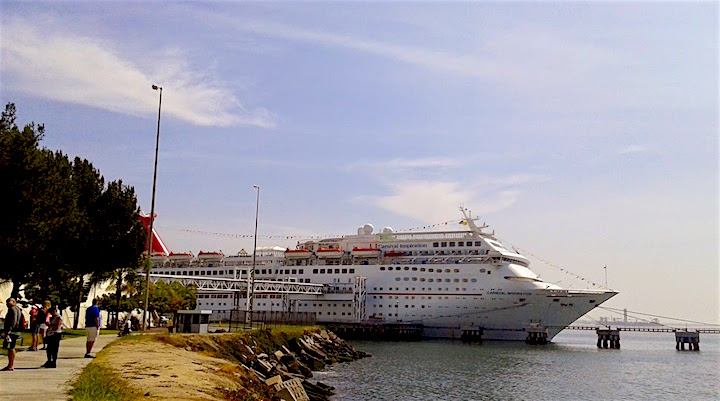 The whole boarding process is incredibly simple and fast, at least it was for us. As we handed over our bags to a porter, we asked him about the safety of our small computer in one of the bags he was going to put through security. He responded by saying, “I’ve never heard of computers ever being damaged or missing. Security is looking for things like shampoo bottles, conditioner bottles and water bottles full of liquor. People will try to sneak it on the ship in almost anything, and I mean anything.”

Upon disembarking when we returned to the U.S., we noticed a pyramid of confiscated alcohol with a large note taped to it: “to be destroyed?” 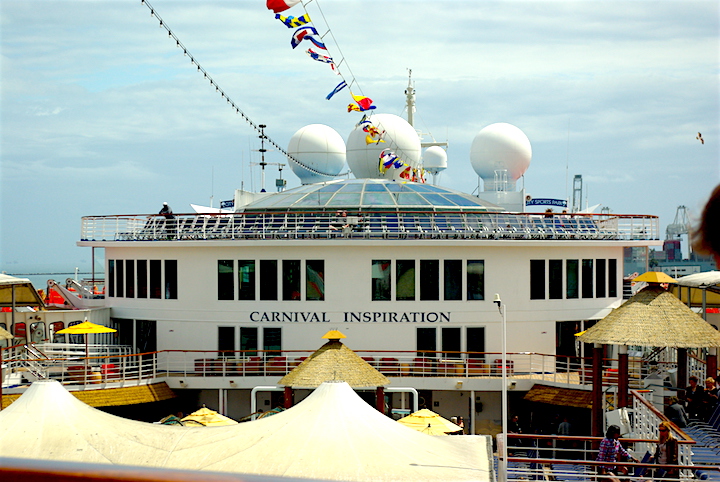 It’s the famous deck on the ship, with a copious buffet that beckons all to overindulge. Unfortunately, I cannot say that it was great on our cruise. Most of the food ranged between mediocre and horrible. It was part of the package, however, and most passengers felt ”obliged” to top their plates with mounds of food. 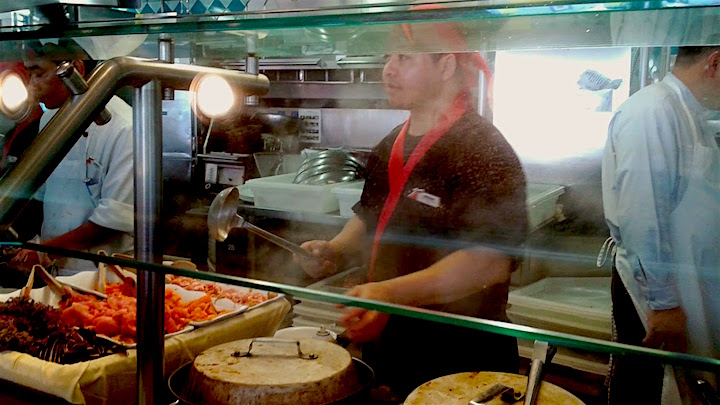 Something changes in people when they know they can gorge for free or throw caution to the wind at an all-you-can-eat. As I stood in line behind four women loading their over-sized plates with a potpourri of food, one of them said to the other three: “I’ve eaten so much that I’ve had to unbutton my pants.” One of her friends explained that she also had to unbutton hers and partially unzip them. The third chimed in and boasted how she had to the same but completely unzip hers. However, the fourth topped them all. She stuck out her round belly, rubbed it with pride, and said, “I’m wearing spandex—no limits baby!” 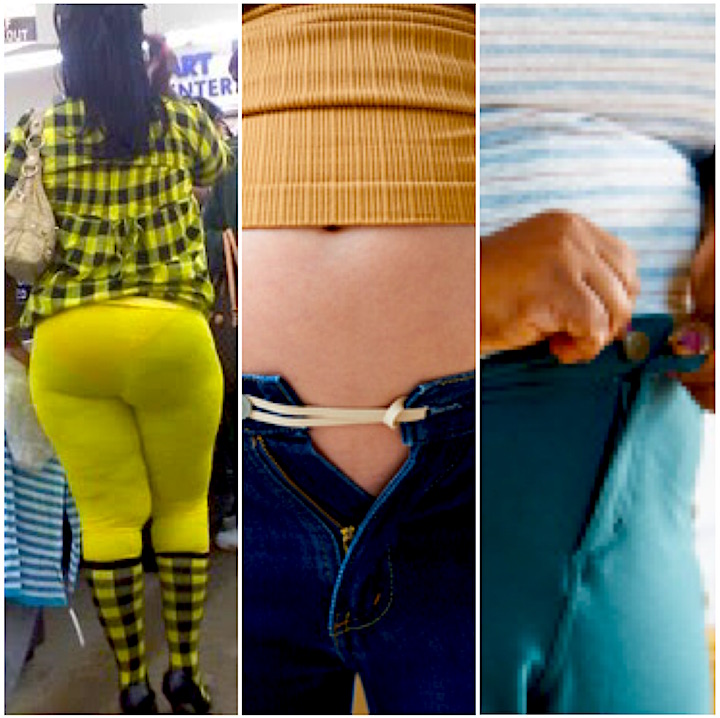 My body still twitches from that image. 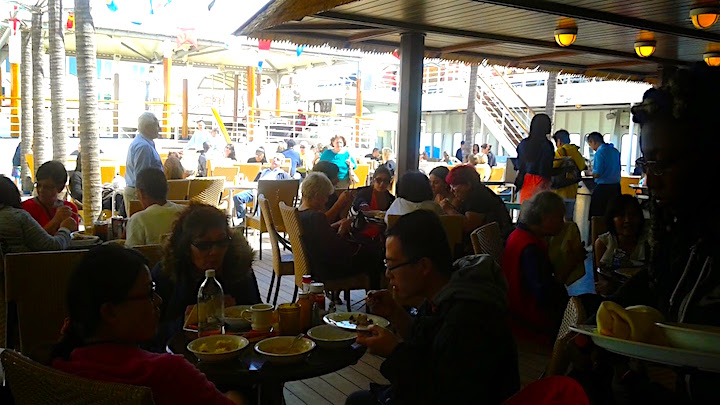 At a table near ours, there was a woman sitting in front of her plate piled with food. Oddly enough, she barely touched it. She looked at her four children and suggested they hurry and get something to eat, too. “The buffet’s closing in a few minutes, and dinner is two hours away.” The family took stockpiling of food for an apocalypse to whole new level.

Oh, but the culinary extravaganza was just beginning.

The formal dinner was four stars all the way, with a selection of items to complete the four-course meal. The cuisine was delicious, and the elegance of the presentation of the small but reasonable portions enhanced the experience. However, not everyone felt the same as us. 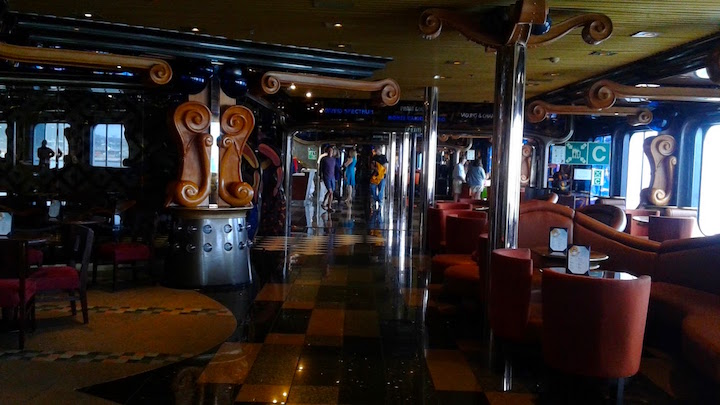 The father of a family of six at the table next to us was all too quick to hold up the empty breadbasket to their waitress each time she walked by and urged her to keep the bread coming. “How much longer do we have to wait until our food arrives? We’re starving over here.” Trust me when I say they all needed to cut carbs from their diets. 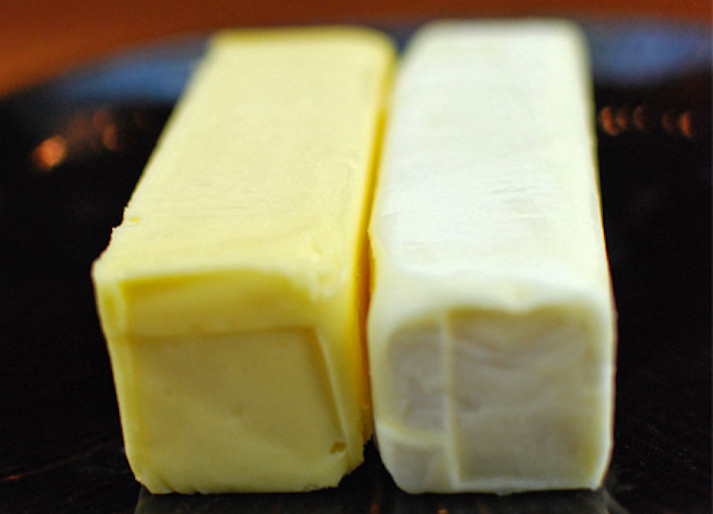 Yet, a pair of older ladies (and I use that term loosely) at the table opposite us took the cake. They thought it best to order two meals each, but even that didn’t seem to be good enough. One of them snapped her fingers in the air to get her waiter’s attention and when he arrived at the table, she shoved the butter bowl in his face and scolded him. “This butter is yellow. I don’t want yellow butter, I want white butter. I paid good money for this trip, and it shouldn’t be a problem to give me white butter.”

Some people just ooze with class. 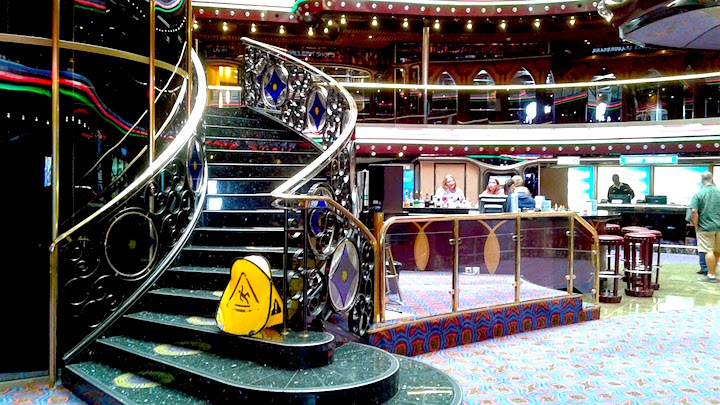 Two couples stylishly dressed near us were quietly enjoying their steaks and sipping neon-colored cocktails until one of the men raised his glass and beamed a smile befitting a toothpaste commercial. “Let’s hurry and finish, so that we can still hit the buffet. I heard they’ve got popcorn shrimp.” His three companions burst in excitement and clinked their glasses together, as if this were the best idea their friend ever had. I never knew that small, deep-fried, battered morsels could spark such excitement.

Our first port of call was Ensenada, Mexico, a small city that makes most of its income from the three cruise ships that dock each week. It’s really everything you would expect, but there are two parts to the excursion that many passengers didn’t expect: 1) going through customs to get into Mexico and 2) passing through security to re-board the ship. 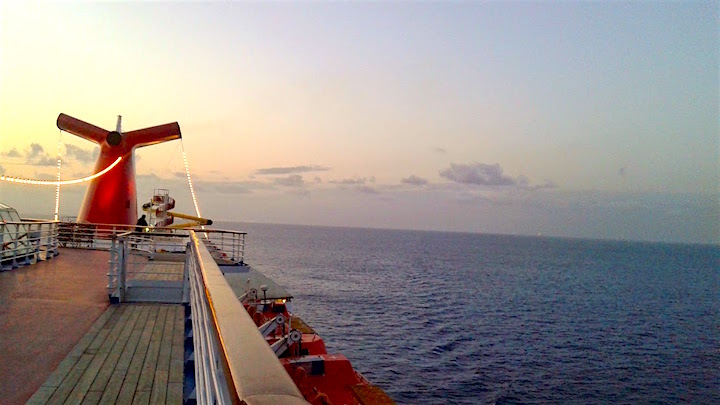 For most us who have traveled abroad, we know which proper documents are necessary for customs. One young man, however, yelled like a belligerent fool at an immigration officer while we were waiting in line to leave the ship. “Why do I need ID to enter your country? I’m an American. Can’t you hear my accent? What more do you need?”

Obviously, he didn’t get the memo that to enter Mexico you need proper proof of citizenship. Although this has been the law for a long time, he wasn’t the only passenger who acted as if the US and Mexican governments jointly sprung this legislation into action earlier that morning.

When we returned to the boat later that afternoon, it appeared as if most of the people had tied a few on between their bouts of shopping in Ensenada. For some reason, four young woman in front of us seemed to have found that drinking in Mexico was great, but using the restrooms in the country wasn’t an option. 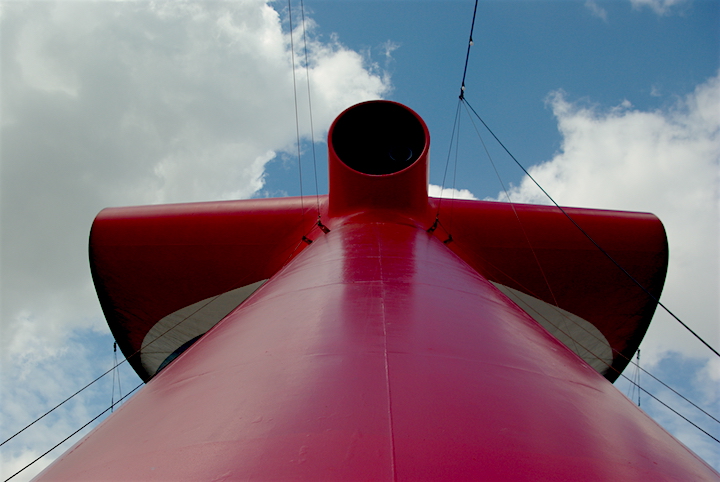 The line to go through ship security was long, and the crew were checking bags and people for things they couldn’t bring on board. The girls were visibly impatient, crossing their legs and doing the pee-pee dance. They expressed their urgent calls of nature, but their pleas to jump ahead and pass by security appeared to have fallen on deaf ears. It was an opportune time for me to reminisce with my husband about our trip to Niagra Falls, and how we were fascinated by all that water rushing over the edges, pounding the rocks below and drenching passengers in a showers of mist as they sailed by. Good times, good times. 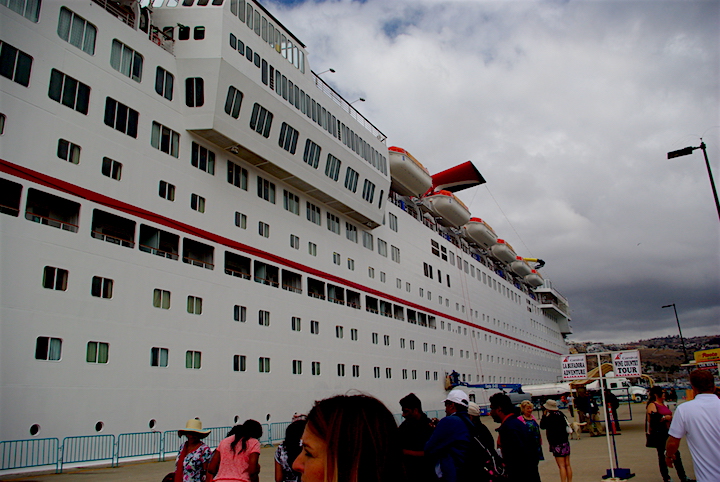 When it was finally the women’s turn to go through security, they threw their bags at the officers. “What part of ‘I have to pee’ doesn’t make sense to you?” Unfortunately, all that waiting was too much for one of them. Let’s just say there was no gold star for her to have a dry day.

Yes, cruise vacations are times to splurge. $10 here, $20 there, just charge it to the room. And why not? We all work hard during the year, and we deserve this precious reward of escaping reality, if only for a few days. At the end of it, however, the reality of life can slap some passengers across the face with a rubber glove. 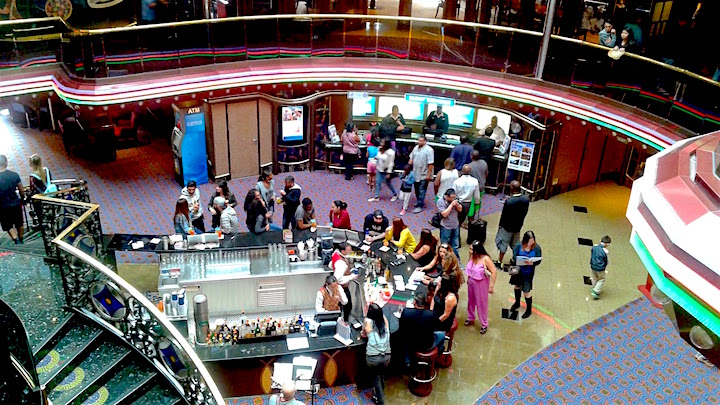 While people settled up their bills of charges at the checkout desk, I stood by with my bag of popcorn and watched the passengers’ priceless expressions when they caught sight of their balances. It was like a parade of emojis across my smartphone screen. One woman’s eyes were the size of saucers while she was reviewing her bill. “Oh, hell no. 1,600 dollars! What in hell did I spend 1,600 dollars on? All we had were a couple of drinks.”

Well, as the old saying goes: Denial ain’t just a river in Egypt. 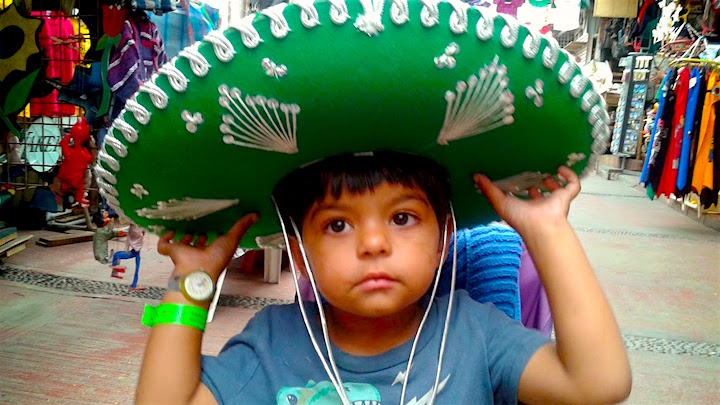 The best is the last day when we were all waiting like herded cattle to go through customs (again). The hungover and weary, the fat and sunburned all held onto their chotchkies of crap from Ensenada and other brash souvenirs bought on board. Most looked as if they could hardly stand, much less find their way home after a three-day cruise. Alas, one man in front of us slapped his bedraggled friend on the shoulder and said, “Dude, next time, we’ve gotta do a seven-day cruise.”

Part I: How we accidentally got a free vacation to Las Vegas 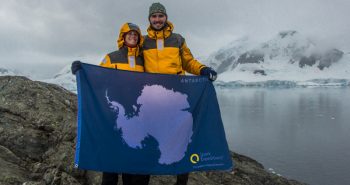 fter a very long, sleepless flight from Australia, we arrived in Buenos Aires on a wet afternoon, with only one agenda on our minds—Antarctica... 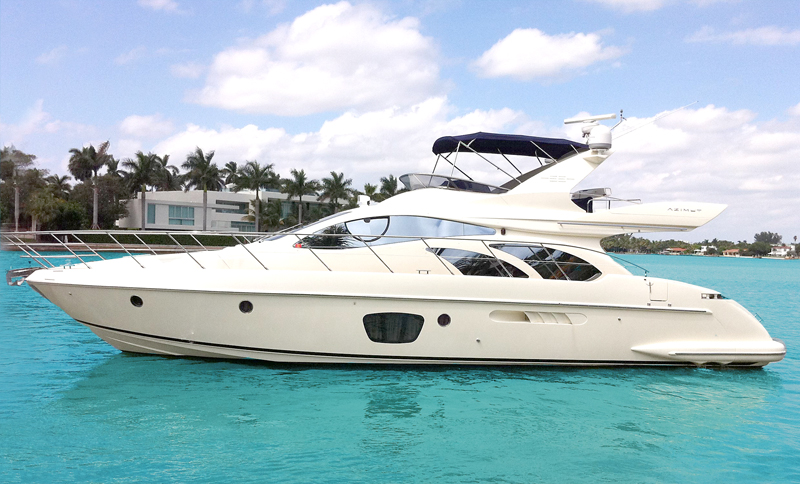 If you’re feeling overdue for a well-deserved vacation, there’s no doubt that you want to make the most of it. And while there are...