It’s true that many people look forward to a weekend exodus out of the Big City, but there are others who are looking for an extra dose of energy and excitement and find a place like Los Angeles offers a menu of attractions that makes each visit just a little bit different.

Our recent weekend in L.A. reminded us of just how much there is to see and do in that city at any time of the year. We visited places we knew as well as attractions we were exploring for the first time. We did a lot of things right, but also learned some lessons for future trips to the city. But, most important, we simply had fun.

On this trip we combined a little business with pleasure and that meant I had to be in the city for business before my wife and daughter could join me. Schools nowadays are getting a little touchy about letting kids out for their parents’ vacations or getaways, even though we still maintain our eight-year-old daughter is indeed learning something every time she travels.

So we decided my family would join me, after school was out, by taking the Amtrak train from the San Diego area into L.A. where I would pick them up. The trip up on the train was just a couple of hours, so that part went fine. The problem was it took me only slightly less time to travel from Santa Monica to the downtown LA train station. That’s 15 miles in one hour, 45 minutes. You do the math.

Aside from that little miscalculation, our trip from that point forward was fun, relaxed and full of interesting things to do. We checked into the Hotel Oceana, a completely updated, upscale lodging on Santa Monica’s picturesque Ocean Avenue, where our third-floor suite had spectacular views of the ocean and, in the distance, Catalina Island. This hotel proved to be ideally located near the beach as well as the popular Downtown Third Street Promenade shopping district.

The mood of the Hotel Oceana is colorful and breezy and what you would expect to find in a Caribbean resort. Entering our suite, we were struck by the colors — bright yellows, greens, pinks — and by the spaciousness. If you’re looking for a suite that has lots of room to move around in, this is your place. The bedroom was a typical size, but the living room area had room for a couch, table and chairs, and then another whole section of the room that had a small dining table, mini-bar, and work desk.

Both rooms had picture windows offering panoramic views of the ocean. A big-screen flat panel television also was available, and the bath area was also unusually spacious with a tile bathtub enclosure as well as a European spa-style shower. A double marble vanity rounded out

Such attractive accommodations just seem to put you in the right mood for a weekend of exploration and good times. After dinner and an early turn-in, we were up early Saturday ready to spend some time in Santa Monica as well as at nearby attractions we had selected.

Santa Monica is a playground for L.A. TV and movie people that is all neatly compressed into 8.3 miles strategically bordered by the Santa Monica Mountains on one side and the Pacific Ocean on the other. The words â€œtrendyâ€ and â€œhipâ€ seem to pop up a lot in the descriptions of the some 400 restaurants packed into this little piece of real estate. Throw in a few art galleries, some luxury hotels and — oh yes — celebrities, and you have the makings of an eye-popping diversion from your everyday hometown.

As we took a short walk to the Santa Monica Pier, it seemed like half of L.A. was down here jogging or walking. Wide, tree-lined and well-landscaped Ocean Avenue stretches along the coastline offering about as pretty a downtown street as you’ll see considering this is all modern office buildings and not historic mansions.

The Santa Monica Pier is the dominant feature on the water’s edge — and also over the water — and is a favorite for families. The pier is home to a variety of fascinating tourist shops, carnival rides, seafood and other restaurants and even a trapeze school that was drawing a crowd every time one of the students would go up and risk life and limb

to swing on the high trapeze.

Just up from the pier are blocks and blocks of shopping in the popular Downtown Third Street Promenade, an area where city fathers have taken a street and turned it into a pedestrian mall. There are fascinating shops and an unusual number of movie theaters along this walkway that seems to attract people from all walks of life — young and old, wealthy on down to the homeless.

Santa Monica is only a few miles from Hollywood so, just for fun, we decided to drive over to the Hollywood Museum, near the intersection of Highland Avenue and Hollywood Boulevard in the heart of Hollywood. The museum does not advertise much and has been building its business through word of mouth and walk-in traffic since it opened just a few years ago. Gradually the word has gotten out that this four-story museum is loaded to the rafters with props and memorabilia from hundreds of Hollywood’s most famous movies.

The items on display cover both movies and television and span the history of motion pictures. You’ll see things like Sylvester Stallone’s boxing gloves from Rocky, or a complete selection of Marilyn Monroe’s dresses, or the actual jail cell where Anthony Hopkins was incarcerated in the Silence of the Lambs. Big displays are presented for movies like Dreamgirls, Gone with the Wind, Planet of the Apes and many more. Walls are lined with old Hollywood publicity photos of the stars and famous Hollywood restaurants and haunts. Located in the old Max Factor building, the museum truly is a trip down memory lane and is well worth spending an hour or two immersing yourself in all things Hollywood.

On Sunday, we drove over to another L.A. attraction we had always wanted to visit: Will Rogers State Historic Park, just three miles from our base at the Hotel Oceana. The famous writer and celebrity made his home in Beverly Hills, but had a weekend ranch in the hills above Sunset Boulevard. Rogers moved to the ranch in 1928 and eventually the small original cottage was enlarged to its present size of 31 rooms. Rogers loved horses and the entire household has a Western feel with its Indian rugs and baskets, saddles and even a polo field on the property where Rogers could indulge in one of his favorite pastimes. The park service offers a brief 20-minute tour of the house that is both interesting and entertaining.

A lot of people visit the Will Rogers State Historic Park simply to take advantage of the park-like grounds and the trails you can walk on the 186-acre property. We took the loop trail, which is a moderate hike that offers panoramic views of Santa Monica and the Hollywood Hills — a great place to get a little exercise while sampling what seem to be an endless number of L.A. attractions.
At a Glance
Where: Santa Monica is just west of Los Angeles and on the coast south of Malibu. It’s easy to reach by taking Interstate 405 or Interstate 5 to Interstate 10 and driving west.

What: The weather in Los Angeles is sunny most of the year — about 343 annual days of sunshine to be exact — so there’s no bad time to visit.

When: Any time of the year, although there is some mountain driving and most roads are narrow and windy, so spring, summer and fall would be best.

Why: The scenery’s great, but there’s also an electricity that comes with a getaway so close to celebrities and the entertainment business. 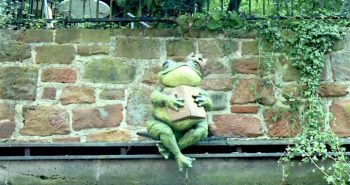 The Märchenstrasse, or Fairytale Road, wends its way 600 km amid the rolling hills and patches of dense forests in the heart of western Germany... 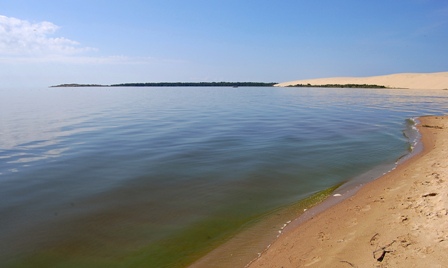 by Andy Paolacci, Attention all travelers and trekkers! A trip to the Curonian Spit is a must if you’re planning to see more than just the... 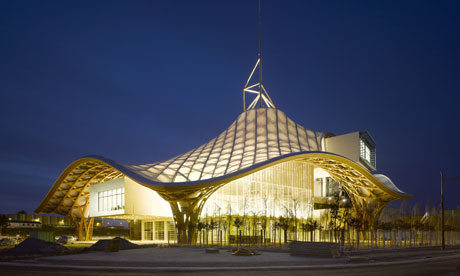 France’s new Pompidou Centre in Metz is a visual delight, inside and out, containing previously unseen major works of 20th century art. Not...