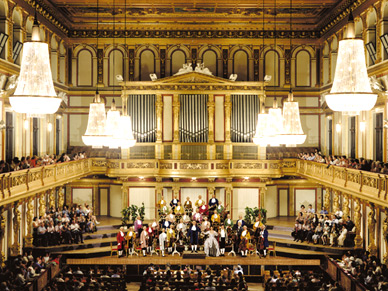 Every year on the last Saturday in January a fabulous ball, the Medical Doctors’ Ball, is held in the Hofburg Palace in downtown Vienna. It is attended by at least 2000 dancing doctors and along with other guests, one can expect approximately 3000 people to be there. The ball is organized by the Vienna Medical Chamber.

Following a 400-year tradition, a strict dress code is imposed. It calls for gentlemen to be in black tailcoat (with decorations), dinner jacket/tuxedo or uniform and for women to wear floor-length evening gowns. Doors open at 8 o’clock and the ”
last song” is played at 5 a.m. when the ball comes to an end.

I was not there, even though I had been invited as a member of the press, because guards at the entrance were inspecting the length of women’s gowns. My beautiful black velvet evening gown was judged to be too short and when I questioned the stern, stony-faced uniformed official (who reminded me of sadder times in Vienna) he called for a measuring tape.

I couldn’t believe my ears but when my skirt was actually measured, I was refused admission and had to leave. I did hang around for a little while watching guests arrive and took some photos.

The ball proper began, without me, at 9 o’clock with a lively fanfare. Debutantes in long white gowns and young gentlemen in dinner jackets proceeded onto the dance floor, arm in arm. Then the first waltz began, the pairs turning anti-clockwise as taught in the 30 or so dance schools in Vienna. Apparently, this ritual opening dance is difficult. Not until this dance is finished do you hear “Alles Walzer” meaning “Everybody Waltz” from the director of the dance school. Then the other guests step onto the dance floor.

At Vienna’s Aerzteball, tickets cost around 100 euros each but reserved seats at a table in one of the magnificent imperial rooms cost extra. Prices vary according to where you decide to sit. If you elect to sit in the Festsaal, the price was an extra 330 euros; in the Wintergarten, it was 70 euros; and only 30 euros in other rooms. I was told by Elisabeth Weber, a young Viennese woman who had been to half a dozen Aerzteballs, you do not have to reserve a table at all as some people prefer to dance all night. When they get tired, they stop and have a glass of Sekt, the bubbly Austrian equivalent of Champagne. “The Viennese love to dance”, she said, adding that no ball would be complete without “The Blue Danube”, the most popular waltz of Johann Strauss (the Younger) who was known as the “Waltz King.”

Anyone interested in attending the doctors’ ball who owns a floor-length gown (they may be rented in Vienna) may go to www.aerzteball.at for information. There are hundreds of other balls but tradition holds at most of them. I always stay at the three-star Hotel Post in the preferred First District of Vienna. 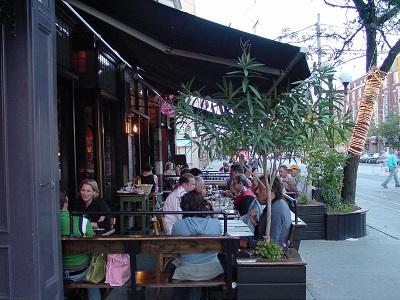 Sitting in a French cafe, enjoying myself in the April sun, I was enjoying watching the busy people of Paris do their early morning thing. After a...