I’ve been to Europe three times and have seen castles in Prague, Edinburgh and London, but a castle  in California? I would have never imagined it; so, of course, I had to see it.

I took a trip from San Diego to San Simeon, and I was more than excited when I finally came to what founder William Randolph Hearst referred to as ‘The Enchanted Hill’. After I purchased my admission ticket at the visitor’s center, I then enjoyed a scenic bus ride to the ‘Castle.’ During the drive, I was surprised to hear the recording by ‘Jeopardy’ host Alex Trebek explaining several facts related to the castle and its founder. 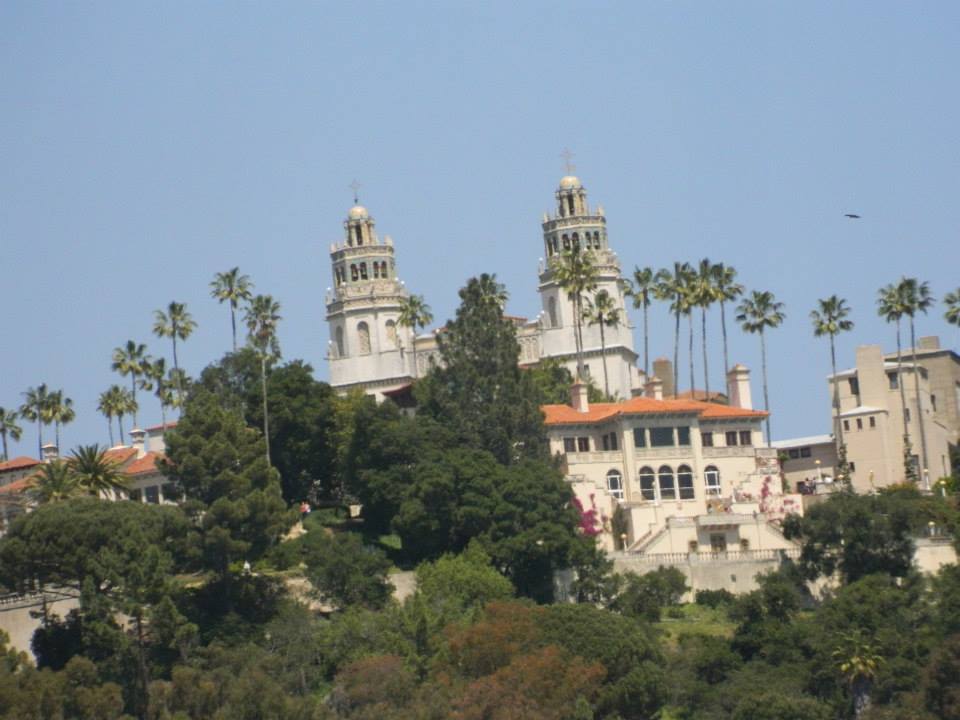 Born April 29th, 1863, to a silver baron father and a school teacher mother, Hearst spent the majority of his youth traveling the world with his mother. While doing so, he learned to appreciate the art and architecture that he saw there, especially in Europe. In his late 50s, Hearst, already a successful newspaper publisher, hired Julia Morgan, a renowned architect, to help him complete his dream of bringing the magic he encountered in far away places to his family estate. Construction began in 1919 and finished in 1947 at an estimated of 10 million dollars, which at that time was a fortune!

When I reached the Castle, I was taken a back by the similarities to those I had seen in Europe. The entrance to La Casa Grande, the name of the main building, had doors that looked as if they were originally intended for a cathedral. The fountains in front were also very impressive. Once meeting the tour guide, I eagerly entered La Casa Grande. Surrounded by eloquent art from places and time periods as diverse as ancient Greece and Rome to medieval Spain, France, and Italy, I listened as the tour guide told several stories and anecdotes and also named a who’s who of visitors to the castle. Charlie Chaplin, Clark Gable, Joan Crawford, The Marx Brothers, several presidents and foreign dignitaries were only but a few who visited regularly.

From the pool-hall lounge to the enormous dining room to every bedroom, which was the size of a small house (yes, all 56 of them), to say that Mr. Hearst had exquisite taste was a definite understatement. The ceilings of every room were custom made and some had to be flown in all the way from Europe—wow!

When the tour ended, I was free to explore the Castle’s gardens, tennis courts, and both of its swimming pools. The gardens were lovely, with several exotic plants from all over the world. The first pool I saw was the ‘Neptune Pool’. Complete with statues of the Roman god of the seas, several nymphs and swans—the view of the rest of San Simeon below was serene. I then followed my feet to the rightfully named ‘Roman Pool’. With the appearance of an indoor Roman bathhouse, it was the only portion of the gymnasium completed but was rarely used.

On the bus trip back to the visitor’s center, I wasn’t disappointed at all, nor do I believe anyone would be on a visit to ‘The Enchanted Hill’. One could experience the opulence of castles from overseas without the plane trip usually required to do so.

by Christian Nielsen, I have always been one of those people with strange ideas: many years ago I was a steepleholic – if there was a church...