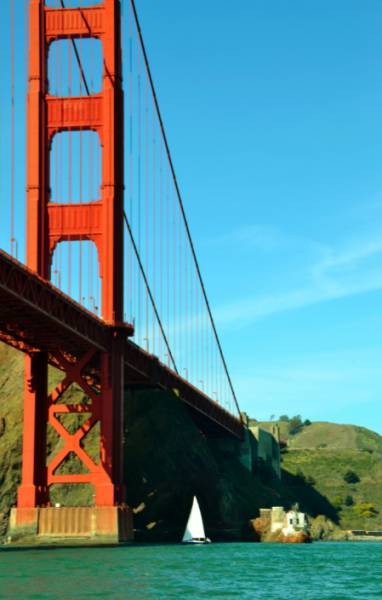 For 16 consecutive years, Conde Nast Traveler has voted the City by the Bay as the “Best City in the U.S.”

Its golden sun seemed to be shining just for me as I landed at San Francisco’s International Airport.  I was eagerly awaiting my visit but I had only a few days to explore and experience. Although the city’s numerous attractions are daunting, I found six must-do activities that were at times cultural, other times crazy, at all times highly engaging and worthwhile.

1. Fisherman’s Wharf is where one comes to board the tour boat to Alcatraz and also where one can find some of the best seafood – anywhere.  Scoma’s Restaurant is down a small alley, tucked away next to Pier 47.  One of its charms is that it’s hidden from the hustle and bustle of the Wharf.  Also charming, the Pier 39 sea lions.  Hundreds of these huge, adorable, shiny brown creatures have taken up residence on a pier that was once a functioning boat marina.  Hoards of people, myself included, watched the animals dozing in the sun, flopping around clumsily, or briefly scrapping with a neighbor but never coming to blows.  Lying supine on a wet, cool surface was way more appealing.  The sea lions are an incredible, fun attraction.

2.  Alcatraz. Admit it – you do want to check it out.  Although it has been closed since the ‘60s, its very name still conjures up mystery and curiosity.  After all, some of the most notorious criminals in history were housed there and although there were several attempts to escape from “The Rock,” no inmate ever succeeded. The prison is now a huge, abandoned hulk, gray and foreboding, its watchtower a formidable reminder of foiled escapes.  One of the buildings is particularly haunting. Sea breezes flow through glassless,  gaping windows, and the only cheery notes are the tiny birds that inhabit there, hopping from one bit of concrete to the next, and the strong current of the Bay lapping the shore.

3. Little Cable Cars climb halfway to the stars, up to the very top of Lombard Street.  Hop on and enjoy one of the most unique rides in the world.  I traveled down the steep Lombard Street incline and had stunning views of iconic bay-windowed houses as well as Treasure Island, the Bay Bridge, Berkeley, and Alcatraz.  The bright jingle of cable car bells can be heard all over town. 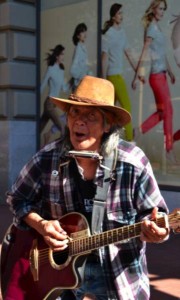 4. Nostalgia runs deep for many of us of a certain age for the whole Beat Generation thing.  Travel to North Beach (not a beach at all but a lively Italian neighborhood of quaint shops and sidewalk cafes). This is home to the City Lights Bookshop.  Founded by Lawrence Ferlinghetti in 1953, it became the hangout for Kerouac, Ginzburg and Burroughs, to name just a few.  I came merely to soak in the ambience.  City Lights is one of the truly great independent bookstores in the U.S., a place where booklovers across the country and around the world come to browse and people-watch – all of us hoping the ghosts of the greats are just around the next bookshelf.  Nearby, Telegraph Hill offers a fine vantage point for photos.

5. Known as America’s Best Restaurant City, this town’s chefs excel at all manner of food, from classics to dishes from every exotic place on the planet.  At Burritt Room & Tavern, Chef Lucas Knox turns out some amazing fare.  Irresistible was a dish described as “blue cheese-baked Lady Apples with brown butter walnuts.” I said ‘nuts’ to my diet and am glad I did.  The restaurant also hosts cooking demonstrations by none other than Charlie Palmer.  The bar, Burritt Alley, is dark, intimate and film-noirish.  After dinner my White Russian put icing on the cake.

6. Before departing, you may need a culture-fix and you’ll surely find it here. The city is home to an internationally-recognized symphony orchestra and world-class opera and ballet companies.  On my last night, I saw a production of Alexi Ratmansky’s From Foreign Lands, Christopher Wheeldon’s Within the Golden Hour and Balanchine’s Scotch Symphony. Culture fix? Fixed!

You may have noticed that I’ve not included in this list is the Golden Gate Bridge because, of course, it’s already on your bucket list.  This structure spans 1.7 miles and accommodates 120,000 cars each day. The Iron Horse is the most photographed bridge of all time and happens to be the most famous bridge in the world.  But you already knew that. 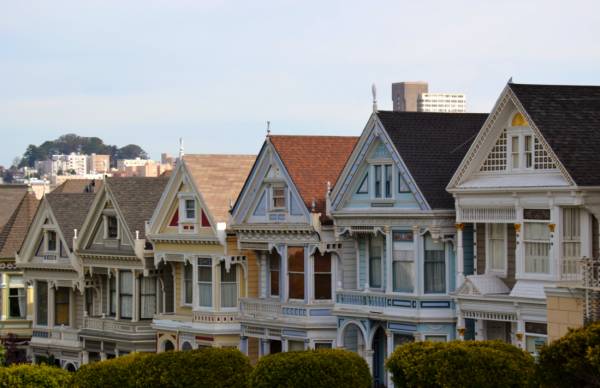 On your next visit, get a City Pass to some of the best attractions.  You’ll have unlimited cable car use, see the Aquarium of the Bay, the San Francisco Museum of Art, and – a perk – you’ll skip most main-entrance lines.  Another thought: just stroll through city streets.  Wend your way over to Union Square, to North Beach, to the Wharf.  You’ll discover the real San Francisco.  There, I swear, you’ll leave your heart. 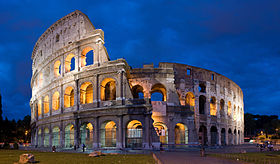 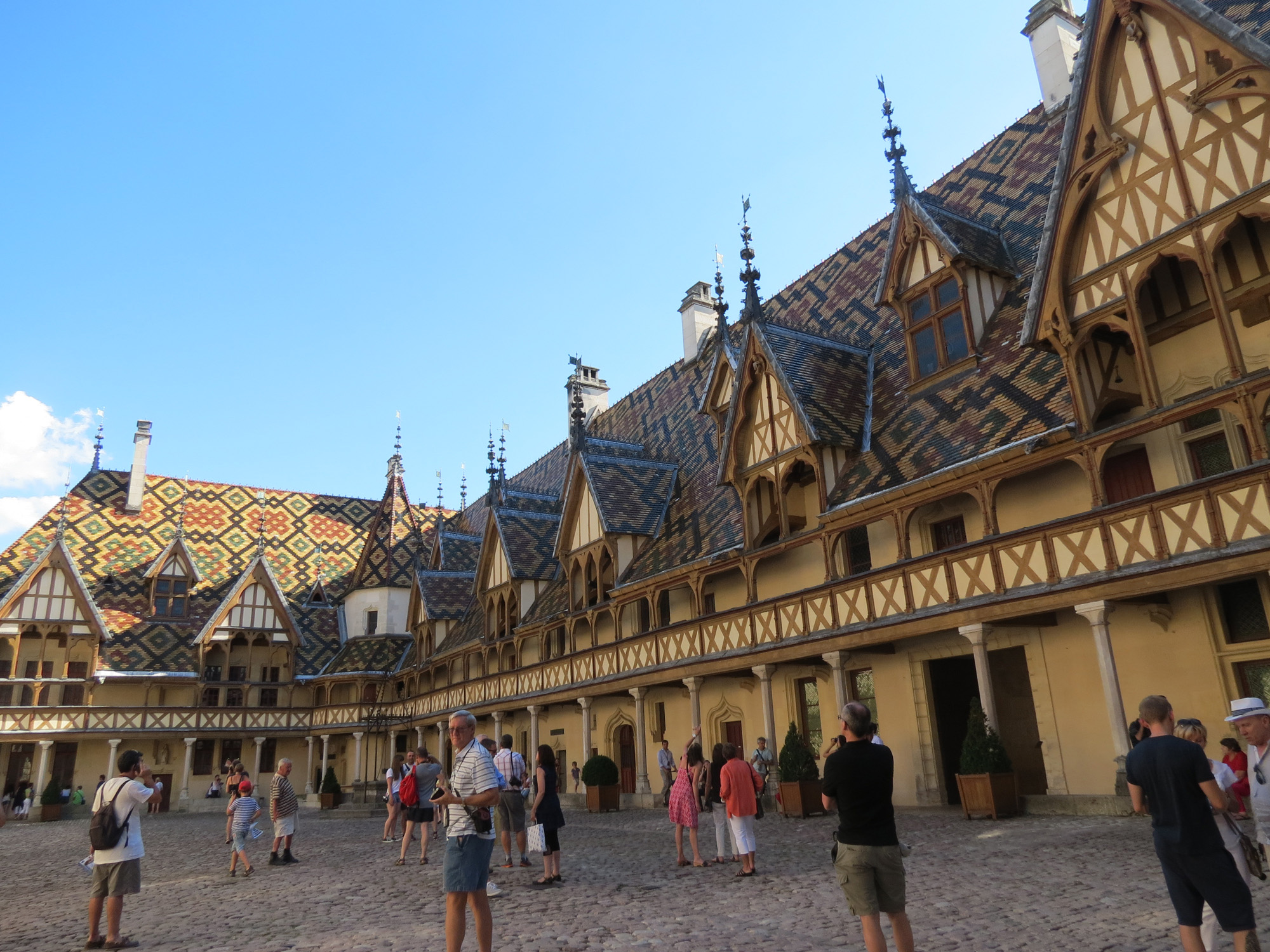 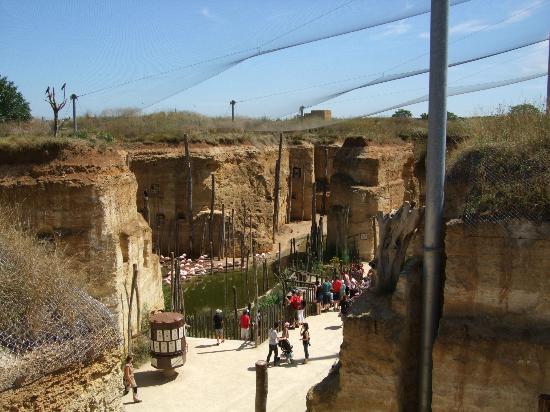 By Matthew Head, A small town in the Loire Valley, Doue la Fontaine is packed with interesting surprises you might not expect. Here’s a good...