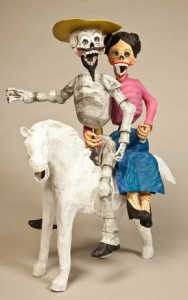 “Conquistador and Lady on Horseback-courtesy of Canadian Museum of Civilization.

These days most people are either for or against religion. This can create harmony or strife. According to Samy Metwally, Imam of the Ottawa Mosque, whom I met at a press preview of God(s): A User’s Guide, said: “People from different religions gathered in the same place. I think it’s great.” The exhibition is on view now and runs until September 3, 2012 at the Museum of Civilization in Gatineau, Quebec.

According to notes prepared by museum staff, the exhibition is meant to be a way of exploring the ‘vast diversity, and the similarities, in the practices of the world’s most widespread religions.” And diversity is definitely what struck me.

Stephen Inglis was the curator of the Canadian exhibition, working with colleagues at the Musee de la civilisation (MCQ) in Quebec City. Professors Noel Salmond, Carleton University and Mathieu Boisvert, Universite du Quebec a Montreal were also involved, working on a scientific committee to adapt God(s): A User’s Guide from the highly successful international exhibition developed at the Museum of Europe and Tempora SA (Brussels). All 225 sacred objects and artifacts reflect a Canadian perspective. First shown in Canada at the MCQ in Quebec City, it is of interest to both believers and non-believers. Museum notes explain that it is “a means of understanding how religions influence our multicultural society.”

Notes by Stephen Inglis explain that every single object in the exhibition “was newly selected from the collections of the Musee de la civilisation, the Canadian Museum of Civilization and from markets and shops around the world.” He explains that most objects have a Canadian story attached to them, regardless of what religion they represent. Also important were contributions from the Canadian Center for Folk Art Studies, “justly famous for its outstanding folk art collection.” Apparently, “a substantial collection of material which documents the practices of religions in Canada” was sourced from this center. Not to forget: the marble figure of a saint (Jainism) from Northwest India, from the collection of Anish Mehra, East India Company, Ottawa.
Iglis states: “Through this exhibition, we hope to generate ongoing discussion on how to think about the role of religion in the context of a contemporary world, an increasingly globalized world and a culturally diverse Canada.” He hopes to provoke a dialogue among citizens on the merits of religion in a pluralistic society and even answer the question: “In a world where the competition for ideas is fierce, how can an exhibition on the risky proposition of religion point us in the direction of constructive dialogue?”

Rabbi Dr. Reuven P. Bulka, well-known Jewish scholar and speaker, in an email to me stated: “I think it fair to say that the exhibit is balanced, respectful and quite encompassing.”

What will be of interest: the Explore and Discuss Series coming up in 2012 – the first called Multiculturalism in Canada, February 16; the second called Religion in Public Institutions, March 1; the third entitled Religion, Gender and Sexuality in Modern Society on March 15 and the last called Religion and Immigration to be held on April 5.

For more information go to www.civilization.ca/Gods 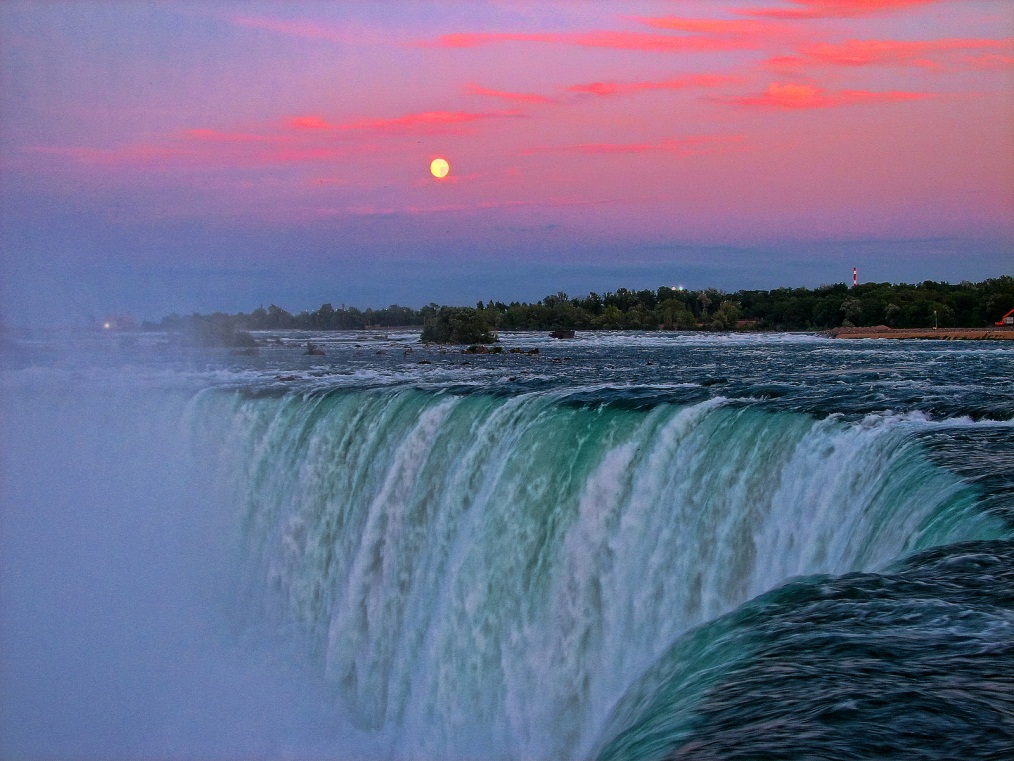 Maid of the Mist: A Classic Attraction Gets...

For generations, the Maid of the Mist has been Niagara Falls’ top attraction, and a “must-do” on any visitor’s list, whether...

Kentucky Bourbons and Bluegrass Dining in...

Join Travel Brigade in Lexington, Kentucky, for a radio podcast from the heart of the bourbon industry that has been here since the earliest days of... 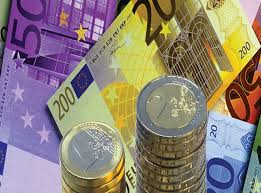 Shop and Save Money When Traveling to Europe While shopping in countries of the European Union, Americans and Canadians can save a lot of money as... 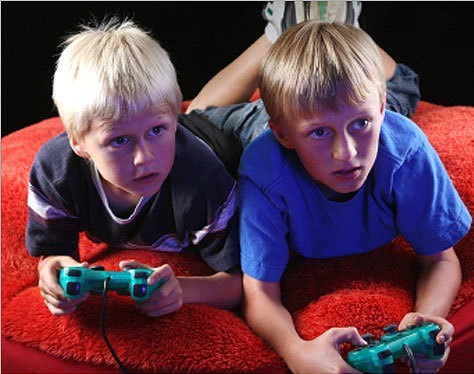 Entertaining the Kids in the Holidays with...

The long summer holidays are almost upon us. Six long weeks which, unless you have a plan, can seem to stretch out into infinity. If the weather is...