The Danube River does, indeed, drift – for almost 1,800 miles – from the Black Forest to the Black Sea. For millennia the legendary Danube has been the main waterway through Central and Eastern Europe. Picture the spires of castles and 13th-century cathedrals towering above dense woodlands as your boat quietly meanders along. Imagine visiting Old World towns, like Budapest and Vienna or Český Krumlov in the Czech Republic, and then envision all this splendor amidst the comfort of your pretty, well-appointed cabin – perhaps lazing on your veranda, a glass of bubbly close at hand. Experience an AmaWaterways river cruise and all this can be yours. 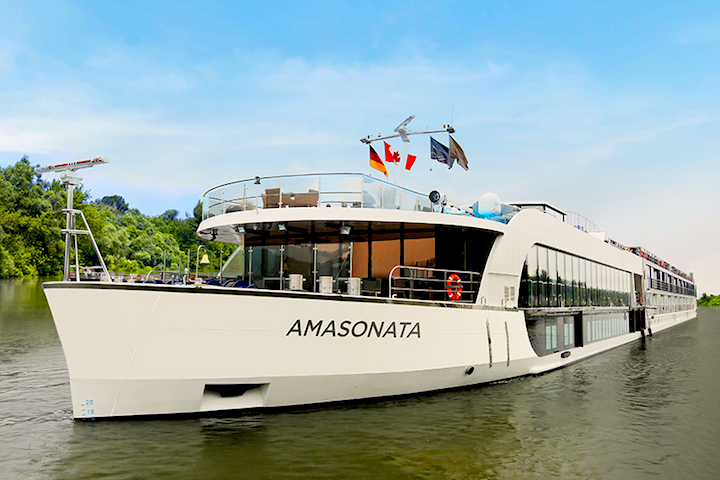 I was on a floating luxury hotel, the AmaSonata, for a river cruise called Melodies of the Danube, and its theme was “In Celebration of Wine.” It was a customized itinerary that showcased the acclaimed wine regions along the Danube River, promising that we’d learn about centuries-old wine-making traditions and hear lectures by a wine expert, as well as visit historic vineyards and sample the region’s most renowned vintages. Oh yes, I’d drink to that!

AmaWaterways entered the river-cruise market in 2002.  My particular vessel, the AmaSonata, carried approximately 164 fellow travelers with whom I spent seven nights on board floating down the Danube from Budapest through Austria, including Vienna, Krems, and Salzburg, to some picturesque German towns, among them Wachau, Durnstein, and Vilshofen. On board, I was delighted to find such pleasurable comforts in a stateroom with a large picture window, TV, WiFi and an ultra-comfy bed. There was a fitness center, a hair salon and, because this was an all-inclusive venture, we happy guests also had abundant breakfasts, lunches and dinners, with free-flowing wine from lunch onward (my kind of journey, to be sure!). Our dining was nothing short of gourmet, and a further exploration of my digs the next day revealed a heated sun-deck, pool with a swim-up bar, spa and a fleet of bicycles for guided (or solo) bike tours.  It dawned on me that for the next week I was gonna be one happy Danube drifter.

Our first day was Budapest, considered one of Europe’s most beautiful cities. In the year 1873, the independent cities of Buda and Pest officially merged to become Budapest. We visited the historic Buda Castle, and at the Royal Palace we had a heart-stopping, panoramic view of the entire city laid out below us. The next day we visited the opulent Opera House, one of Europe’s finest. A magical moment: night fell, Buda went to sleep, Pest came awake, and the whole city shimmered in a golden glow. 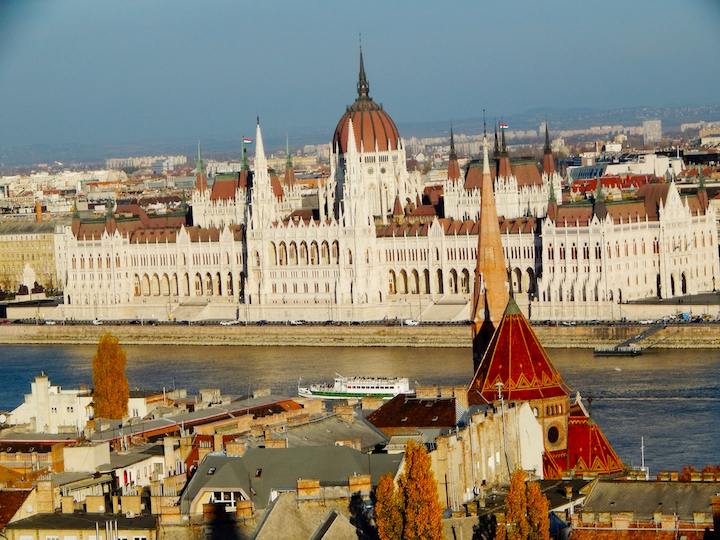 In Vienna, our visit to St. Stephen’s Cathedral was cool, especially because around the church the city was just then preparing for its Christmas markets. We had a chance to get a head-start on some unique Christmas gifts and, of course, sample Glühwein! What would a Christmas market be without that? Our evening offered one memorable highlight of the entire cruise: a Mozart and Strauss concert by the Vienna Residence Orchestra held in a glorious palace. It was particularly joyful because the musicians and singers were dressed in period costumes – gay, elegant, happy – a night to remember. 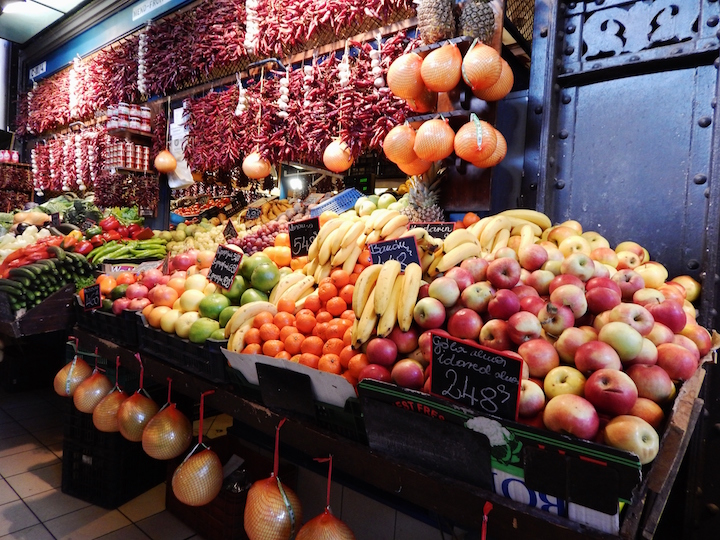 The heart of the Wachau Valley on the banks of the Danube offered the charming town of Durnstein, with its breathtaking scenery and traditional architecture. It was a photographer’s dream; I found numerous sights to record, including picturesque, medieval cobblestone alleyways, 16th-century townhouses and ancient wine taverns. 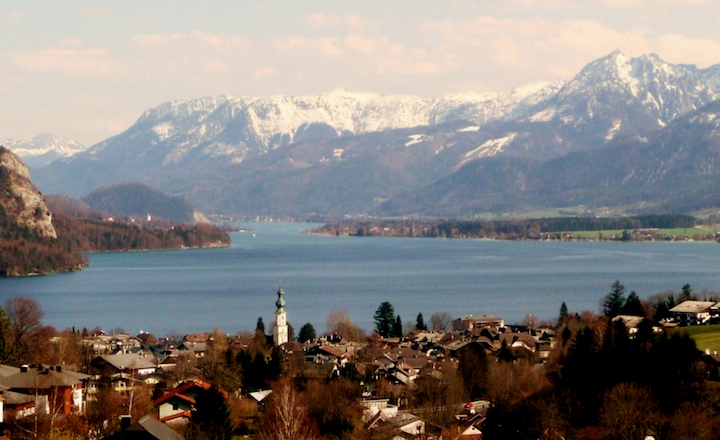 As our cruise was winding down, I realized I hadn’t yet taken a bike tour; therefore, a guided one of Linz was a perfect choice. We biked down the city’s famed “Culture Mile” that plays host to the annual Linz Art Festival and then continued along the Danube, which presented great views of Linzer Schloss (Linz Castle), and finished with a loop around the Old City Center. The nice thing about visiting ports of call: returning “home” each evening to the AmaSonata with a feeling of gladness and anticipation for what dinner and the evening hours would hold (always something singularly special!). 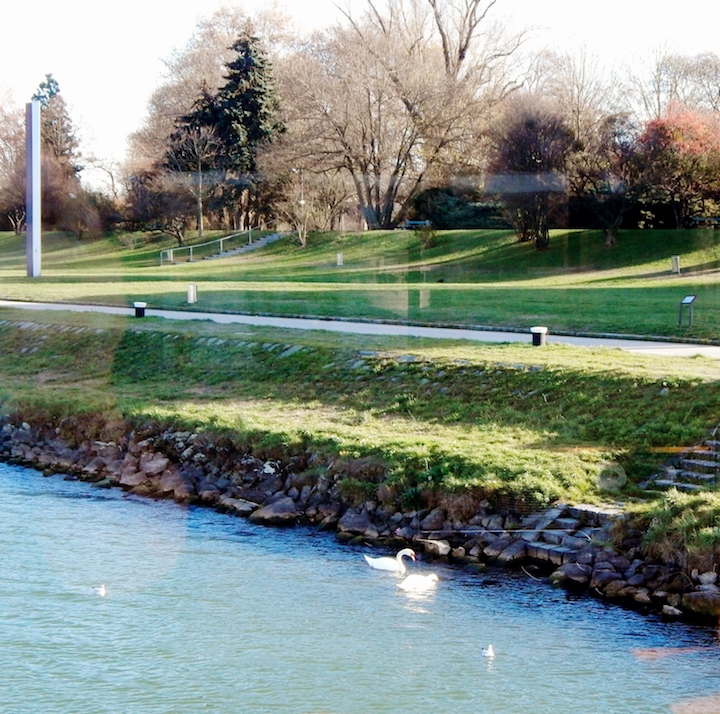 Swans on the Danube

The Danube – magical, mystical and, in the words of Herodotus no less: “The greatest of all rivers.” My feeling exactly! This particular cruise on the Danube was wine-themed and if that tickles your fancy, take heart because this year AmaWaterways offers many more wine-themed cruises: there’s Paris & Normandy, Provence & Spain, Enchanting Rhine, and Taste of Bordeaux to name just a few. Veni, Vidi, Vichi? No, let’s make that Vinum, Vidi, Vichi and Cheers y’all!

If You Go: Visit AmaWaterways 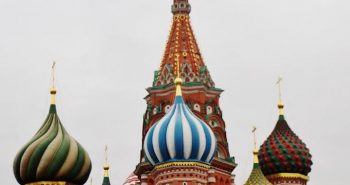