Although numerous radium hot springs may be found throughout the United States, the Boulder-Basin area south of Helena is the only place in the United States to find underground radon health mines. Most of them were initially claimed in the 1920s as prospectors were looking for gold, silver and other metals. Later, after World War II, the mines were determined to contain radioactive materials. 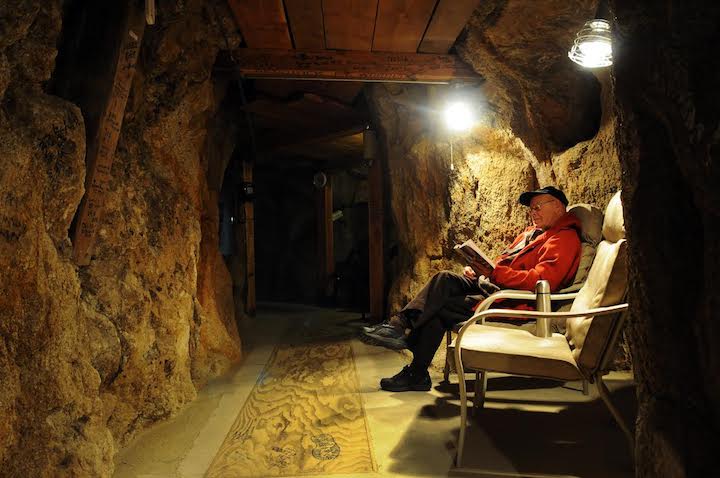 The Boulder-Basin area was once home to more than a dozen radon mines. From a peak of approximately sixteen mines only four remain. What many homeowners spend a fortune to get rid of, others pay the Free Enterprise Radon Health Mine good money to inhale. “What we have left here is unique to the area and unique to all of the United States,” said Patricia Lewis, manager of the Free Enterprise Radon Health Mine, the area’s oldest continuously operating radon health mine. “Even though it’s not politically correct to use the word radon, the science is there that radon is something that heals. If you come with an open mind, use the right resources for fact-checking, and aren’t ignorant of the benefits of low-level radiation, you’ll see that we aren’t just hot air.” 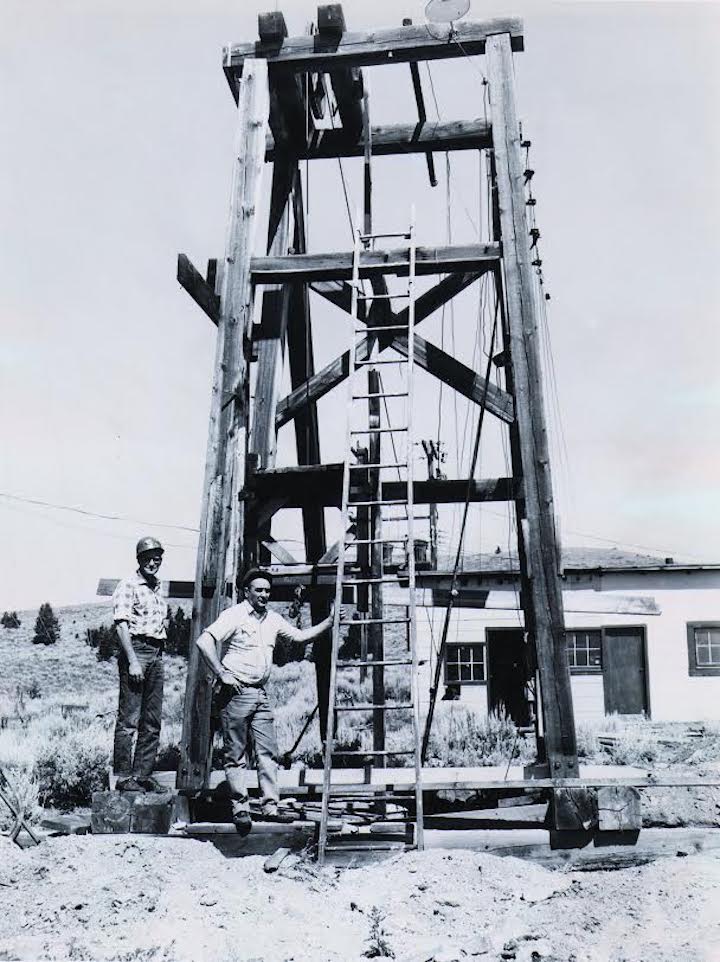 The Free Enterprise Radon Health Mine was started in 1949 by Pat’s grandfather, Wade V. Lewis, president of the Elkhorn Mining Company, when uranium was discovered in the hills west of Boulder. A Los Angeles woman came to the Free Enterprise in 1951 to visit her husband, who was an investor of the mine, and after several visits, she noticed that her bursitis disappeared. By 1952, the radon mine had developed into a lucrative business.

Radon – the radioactive gas that comes from the breakdown of uranium – certainly has its detractors, as well as its proponents. For years the United States Environmental Protection Agency has been telling people how bad radon is in their homes. In Montana, “the radon capital of the United States,” the state has determined that the exposure limit for mine visitors is 32 hours per year – one-tenth the amount uranium miners may experience before exceeding the safe range. While sitting among radioactive rocks eight-five feet below the earth may sound unhealthful to some, lots of people around the world disagree. Radon therapy advocates in Europe – particularly Germany, Austria, and Russia – tout the benefits of low-dose radon exposures as an “effective alternative to the use of pharmaceuticals.” Radon therapy by inhalation or baths isn’t uncommon in Central Europe. 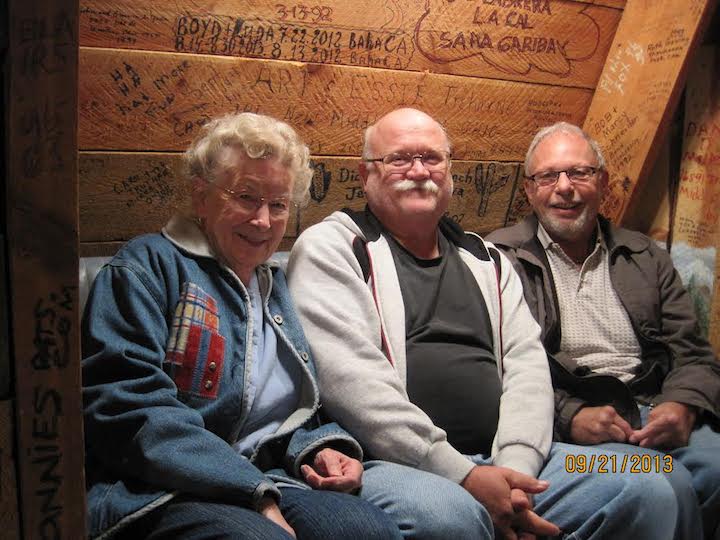 Unlike its counterparts, Free Enterprise Radon Health Mine is the only vertical-shafted mine of the four. Ten days of elevator rides costs $150; a one-hour dose comes with an $8 fee. Past clients include General Omar Bradley, and current patrons run the gamut from Midwestern Amish to nurses and ex- bricklayers and oil rig workers. The majority seem to be seniors or those afflicted with arthritis, and some swear by the magical healing they’ve experienced down in the shaft.

Lewis suggests three one-hour mine visits per day over a ten-day period. There’s also a mandatory two-to four-hour break between hourly visits. “We give a self-directed recommendation,” said Patricia. “You decide on your one hour increments, and we recommend x amount of hours over x amount of time.” Some mine-dwellers claim immediate benefits, while others say that they first experience relief as much as six weeks after visiting. Reprieve from symptoms lasts anytime from six months to two years.

Radon is colorless, odorless, and tasteless, but many folks are convinced that they’re getting their money’s worth. Pat and Henry Shaw arrived at the Free Enterprise Radon Health Mine from rural Kansas several days ago. Henry, 70, a former sheriff who suffers from chronic rheumatic pain, said that he was drawn to the mine on the recommendation of a friend who maintained that she experienced noticeable pain relief after repeated visits.

“I believe that my hands and my legs already have more mobility and less pain,” said Henry, who passed much of the time underground playing card games with his wife. “I can grasp now and move my fingers, and that’s only after a few hours over a few days.” 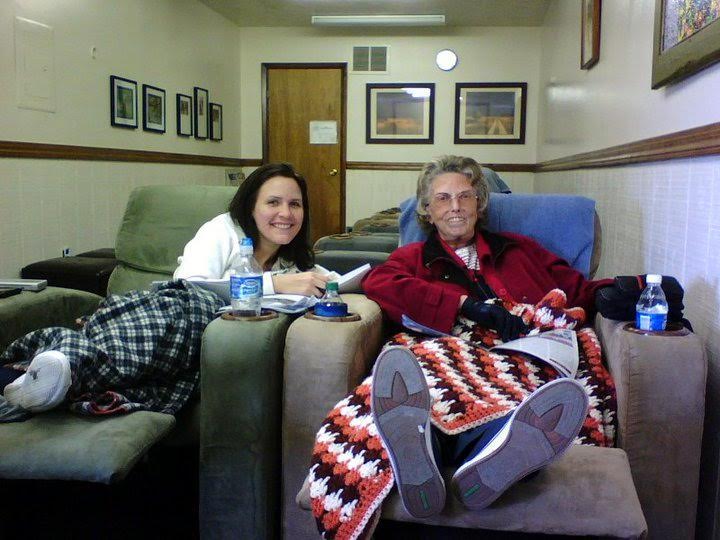 For 20 years, Buzz Wallace, 73, has been traveling to Montana from Michigan and staying at the Free Enterprise Radon Health Mine for approximately 10 days. He enters the mine three times a day at divided, one-hour intervals. “My fingers and my back get relief from my osteoarthritis,” said Wallace. “The radon stimulates the glands at the base of the skull. The glands release hormones that are swelling inhibitors and lubricants. I had a dragging foot because of the swelling before I came here, and now I can walk again.”

Mine attendance dropped in the early 1990s, when the EPA encouraged people to rid their homes of what it considered dangerous levels of radon. As the radon controversy persists, visitation ebbs and flows. “Everything is toxic at some point,” said Patricia. “And everything is beneficial at some point. What has hurt the radon mines over the years is the rise and prevalence of anti-inflammatory drugs, the rise in joint replacement operations, the rise in Internet drugs, and the poor Canadian exchange rate for Canadians.”

Skeptics are welcome to take a free tour. Or, one can pick up a brochure that lists testimonials, with phone numbers, from satisfied inhalers. The dawdling ninety seconds in the creaky elevator isn’t well-suited for the claustrophobic at heart. Benches, chairs, and tables line the tunnel and WiFi is available. The names scribbled on the rocks make for attention-grabbing reading material, and you may also bring your own magazines and books. It’s recommended to carry a blanket and dress warmly, as the mine’s temperature is a year-round 58 to 62 degrees. There’s an above-ground radon filtration room that is open year-round, by appointment.

“There are a lot of people who at first are skeptical,” said Patricia. “They wonder why someone would go into a hole in the ground in Montana. Some people say that it is just a state of mind, or people wanting to believe. But the state-of-mind thing you can get on vacation is in Hawaii. Here, people experience real healing.”

Directions: Just off Interstate 15, halfway between Helena and Butte. For more information: 406-225-3383; www.freeenterprisemine.com.

A night out at a London show is one of the best ways to celebrate a special occasion. Sure you can just buy tickets on the internet, or phone the... 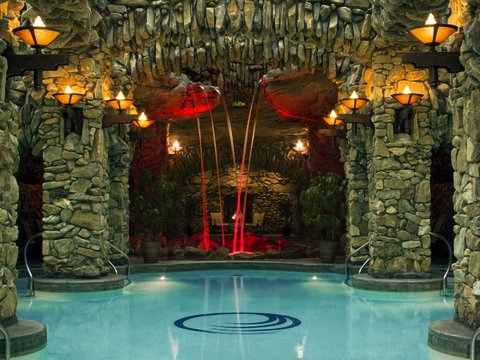 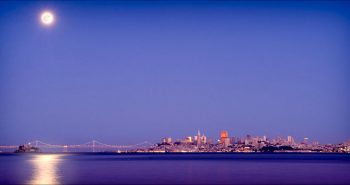 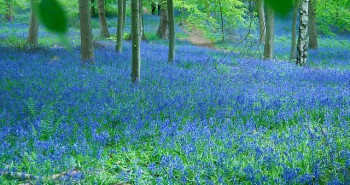