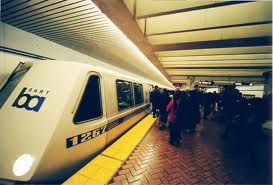 The clean, comfortable and economical trains of the Bay Area Rapid Transit (BART) system take visitors nearly to the doorstep of several top San Francisco attractions.  To whet the BART-bound visitor’s appetite for adventure and entertainment, the San Francisco Travel Association has assembled a sampling of things to do within walking distance of major BART stations in the City.  While this list is by no means exhaustive, it can be a starting point for a whole new way to experience San Francisco. Beginning at the shore of San Francisco Bay, and working south toward San Francisco International Airport:

• Embarcadero Center: More than 125 shopping and dining destinations fill this multi-use office and retail complex built along the City’s famed Barbary Coast. In addition to shopping and dining, a five-screen theater shows first-run and foreign films. Over five blocks of fun, along Sacramento St. from Sansome to Drumm.

• Ferry Building Marketplace: The 1898 landmark reopened in 2003 after an extensive four-year restoration and renovation. The ground floor is devoted to a world-class public food market, a “gourmet galleria.” Many of the Bay Area’s top artisan food purveyors, restaurants and cafes are located here. Visitors can shop for organic fruits and vegetables, local and imported wines, premium farmstead meats and poultry, house and kitchen wares, and handcrafted confections. The Marketplace is home to the nationally acclaimed Ferry Plaza Farmers Market, which currently operates on Tuesday and Saturday. Located on The Embarcadero at the foot of Market St.

• San Francisco Ferry Building is also the embarkation point for ferries to Sausalito, Tiburon, Larkspur, Alameda, Oakland and Vallejo. Schedules and more can be found at www. 511.0rg.

Walk the Embarcadero to take in the refreshing ocean air from San Francisco Bay, with views of the Bay Bridge, Treasure Island and a colorful variety of maritime traffic. Or ride the vintage trolley cars of the Muni F-Line down to famous Fisherman’s Wharf.

• Maiden Lane: This short street with the long history boasts an impressive array of boutiques, cafes and beautifying options. Just off Union Square, from Kearny to Stockton streets.

• Chinatown: From the Montgomery station, head northwest to Bush St. and Grant Ave. and enter the famed gates of one of the largest Chinatowns outside of China. Authentic cuisine and artwork plus colorful shops and architecture make this one of San Francisco’s classic neighborhoods.

• Cartoon Art Museum: This is the “only museum in the U.S. dedicated to the preservation and exhibition of cartoon art in all its forms.” this unique institution houses approximately 6,000 original pieces in its permanent collection. 655 Mission St.

• Yerba Buena Gardens: Smart urban design elevates this multi-use cultural center and park. The Yerba Buena Arts Center, Zeum (an arts and technology studio for children), a classic carousel, an inviting playground, a bowling center and ice-skating rink all share space in a large two-block area. Tucked behind the waterfall is an excellent, multi-lingual exhibit on Dr. Martin Luther King, Jr. Look for free performances in summer and fall. Between Third and Fourth and Mission and Folsom streets.

• Museum of the African Diaspora: Opened in November 2005, it’s (MoAD) is situated on the ground level of the St. Regis Hotel.  The museum showcases African experiences in San Francisco, as well as around the globe. Through special programs, interactive, permanent and changing exhibits four themes emerge: origins, movement, adaptation and transformation. 685 Mission St.

• Union Square: Posh hotels, boutique inns, famous and innovative restaurants and some of the finest department stores and designer shops in the region are just a short walk from BART. Don’t miss the occasional free concert or art show in the square — always a respite from a busy day of walking and looking around.

• Westfield San Francisco Centre: One hundred and seventy specialty stores all share space at the center, including the largest Bloomingdale’s outside of New York City and the second largest Nordstrom.  A unique curved escalator system enhances the shopping experience. 865 Market St.; www.westfield.com/sfc.

• Theaters and Theatres: A short walk off the Powell St. station brings you to the Curran Theater, American Conservatory Theater, Geary Theater, Post Street Theatre, Marine’s Memorial Theatre, EXIT Theatreplex and maybe a busker or two along the way. For  half-price tickets to performances, visit the TIX booth in Union Square.

•The Contemporary Jewish Museum: Under the creative direction of architect Daniel Libeskind, the 63,000 square foot museum is an adaptive reuse of the landmark 1907 Jessie Street Power Substation with an extension clad in 3,000 vibrant blue steel panels. 736 Mission St. between 3rd and 4th streets.  Powell and Market streets is one of the busiest intersections in San Francisco and the length of the line of individuals waiting to board the cable car is often considered a barometer of how well the tourist season is going.

• Theatres,
Part II: The Golden Gate, Orpheum and New Conservatory Theatres may be reached easily from the Civic Center Station. For information.

• The Asian Art Museum: This is one of the largest museums in the Western world devoted exclusively to Asian art. Its holdings include nearly 15,000 treasures spanning 6,000 years of history, representing cultures throughout Asia. 200 Larkin St., on the Civic Center Plaza; www.asianart.org.

• City Hall: Completed in 1915 to replace the old City Hall destroyed by the 1906 earthquake, the “new” City Hall was itself damaged by the 1989 earthquake and underwent extensive retrofitting. Now the Beaux Arts building, topped by a taller dome than the US Capitol, is open to the public for tours. The grand staircase and lobby under the dome make for an impressive place to hold a party, and exhibits on the history of The City lie off the main lobby. 1 Dr. Carlton B. Goodlett Pl. at Polk St.

• African American Art and Cultural Center (AAACC): A moderate walk past The City’s Civic Center and up Fulton St., the AAACC features ongoing displays as well as performances and special events. 763 Fulton St. San Francisco conceived its grand Civic Center after the 1906 earthquake and fire and it is the largest assemblage of neo-classical public buildings in the United States with the exception of Washington, D.C.

• Mission Dolores: Just blocks from the BART station lies the oldest building in San Francisco, built when the City was known as Yerba Buena. The sixth mission to be built by Franciscan Fr. Junipero Serra, touring Mission Dolores is an excellent chance to understand the history of San Francisco as part of the Spanish Empire. Tours are available daily. 3321 16th St.

• Mission Cultural Center for Latino Arts (MCCLA): The MCCLA was established by artists and community activists to promote, preserve and develop the Latino cultural arts that reflect the living tradition and experiences of Chicano, Central and South American, and Caribbean people. Galleries, performances, and classes throughout the year. 2868 Mission St. The Mission District – Some of the City’s latest and greatest restaurants are found on Mission, Valencia and 16th streets. The murals of the Mission District, often described as “the living museum of the Mission District,” are immediately visible from the 24th St. station.

Your first or last taste of San Francisco can happen right here at the wide range of locally based restaurants. The airport is a credentialed museum, so look for intriguing and occasionally offbeat exhibitions throughout the terminals. The Aviation Museum in the International Terminal presents the past of this fascinating facility. 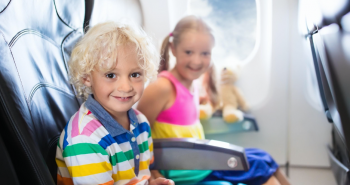 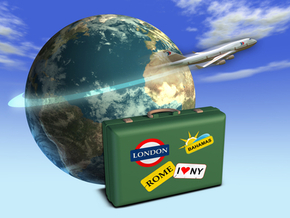 by Samantha Porter, No one loves a layover, it’s simply a necessary part of travel. Not every flight can be non-stop and direct to your...