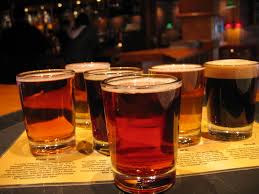 Real Ale Brewing Company has been brewing beer in the Texas hill country since 1996. Dedicated to high quality, Real Ale makes craft beers with unique and clean flavors, and also offers special cask conditioned versions of their home brews. Over the past fourteen years the company has grown rapidly, and is currently producing between 54,000 and 72,000 barrels of beer a year, shipped all over the state of Texas. While craft brewing in Central Texas has taken a giant leap forward over the past decade, seeing several new micro brews spring up in the area, Real Ale has remained a frontrunner.

Day Trip from Austin for Swimming in the Blanco River

If you happen to find yourself free on a Friday, a visit to the brewery along with a swim on the Blanco River is a great day trip from Austin. If you choose, stay at a Hill Country bed and breakfast to enjoy the area for longer. The square in Blanco has lots of shops and restaurants for lunch or souvenirs, and there are also a few nice parks for camping or picnicking in this charming part of the state. Free brewery tours happen every Friday at 3pm and 4 pm, led by a member of the brewing staff. Large groups should call ahead.

During a walk through the entire facility visitors are introduced to the history of the brewery, and receive detailed information about beer making processes from milling, creating the mash, boiling, fermentation, checking specifications for all varieties, and all the way up to bottling. Processes that create different flavors and styles of beers are also explained, as are the ins and outs of the brewing equipment used at Real Ale.

At the end of the tour visitors hear about some of the experimental home brews being created at Real Ale all the time using wine barrels, stainless steel or some combination thereof. Through fermentation and absorption of the wood and other flavors, a new beer is created.

This a fantastic opportunity for those interested in home brewing, as there is time to ask more detailed questions after the tour and brewers are more than happy to impart their extensive knowledge, passionate about their jobs as they are. A word of warning, it can get quite hot in the brewery due to the processes occurring there, so dress accordingly.

Drink Beer Where They Brew Beer

The tasting room is open from 2pm-5pm and can get quite crowded during this time. Luckily there are a few picnic benches outside under a tree to accommodate the overflow.  A rotating choice of four to five beers is usually available on the tasting room taps, including occasional limited edition special brews or barrels. Small tasting glasses are provided for visitors who wish to taste beers during this time, with pint glasses, t-shirts, tank tops, koozies and metal signs available for purchase.

For Texas things to do, a brewery tour and beer tasting at Real Ale brewery is a fun and inexpensive option. Learn a little more about a growing Texas company who is dedicated to brewing great beer and sharing it.

by Veronica Mendes, If you’ve got the eye to travel but a tight budget, traveling during off-seasons can help you get out of town without...