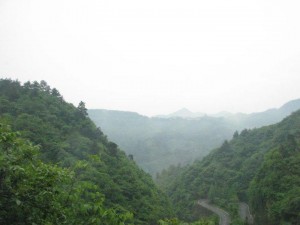 Planning a tour of China to indulge in its traditional culture, architecture, and Kung Fu? Wudangshan may be the must see place that you won’t want to miss.

China is a nation that is well known for having a rich culture, beautiful environment and grandeur philosophy. It is the homeland to a wide variety of martial arts and various religions. But a vast proportion of China’s history and culture was eradicated due to the aftermath of the Cultural Revolution. Now, long after the conclusion of a decade long dark age – China has begun to recover from what it had once undone. The traditional Chinese culture has re-emerged from the vast stretches of the countryside in which it was forced to seek exile; amongst all of its most philosophical and culturally rich places, Wudang Mountain stands out the most.

Wudang Mountain (also known as Wudangshan) is located in central China west in the Hubei Province. It is considered to be the holy epicenter of Taoist philosophy. Most remarkably, it is the birthplace of Wudang Kung Fu – a form of martial arts that emphasizes on unleashing one’s internal power by unlocking a universal life-force called Chi and utilizing it for a very effective form of self-defense. The combination of Wudang’s revered style of Kung Fu and intriguing philosophy has developed a considerable reputation throughout China as being the greatest rival of Xiaolin martial arts. Amongst all of China, Wudang is one of the most respected and majestic places for tourists to visit; consisting of 72 peaks, 24 streams, 11 caves and 8 palaces. 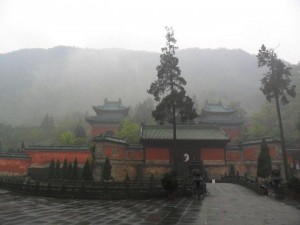 The Nanyan Cliff Palace (also known as South Cliff Palace) is the steepest palace in all of Wudang. It was built during the Yuan Dynasty between 1271 to 1368 AD. As the name implies, the palace rests stoutly on a steep cliff that hangs over a vast Tiger Fall. To the astonishment of many tourists, a rock effigy in the resemblance of a dragon head hangs over the Tiger Fall of the cliff where many Taoist students burn incense as a sacrifice to the Heavens. Nanyan Cliff Palace is often used by Taoist students and Kung Fu practitioners as a place to meditate and conduct Chi Gong exercises.

The Purple Cloud Palace is the most revered Taoist complex in all of Wudang. With an approximate area of 6,850 square meters, the palace stretches across the base of Zhanqi Peak. The entire complex consists of several distinct sub-complexes: some of them being known as Steel Pavilion, Dragon and Tiger Hall, Shifang Hall, and so on. Just like Nanyan Cliff Palace, the Purple Cloud Palace is also used for Taoist study, Kung Fu practice, Chi Gong exercises and meditation.

On a personal note: when I entered Purple Cloud Palace for the first time, I was instantly hypnotized by its breathtaking elegance. In that precise moment I felt myself enter a trance by the sight of its astonishing glamour. I stood there for a good five minutes, maybe longer, just staring at the memorizing sight of which I was given the privilege to witness with my own two eyes. From my own personal experience, I find that Purple Cloud Palace is the greatest attraction in all of Wudang.

Another fun note about Wudang Mountain is that a good number of movies have been filmed there, including Crouching Tiger Hidden Dragon, and the new Karate Kid movie. 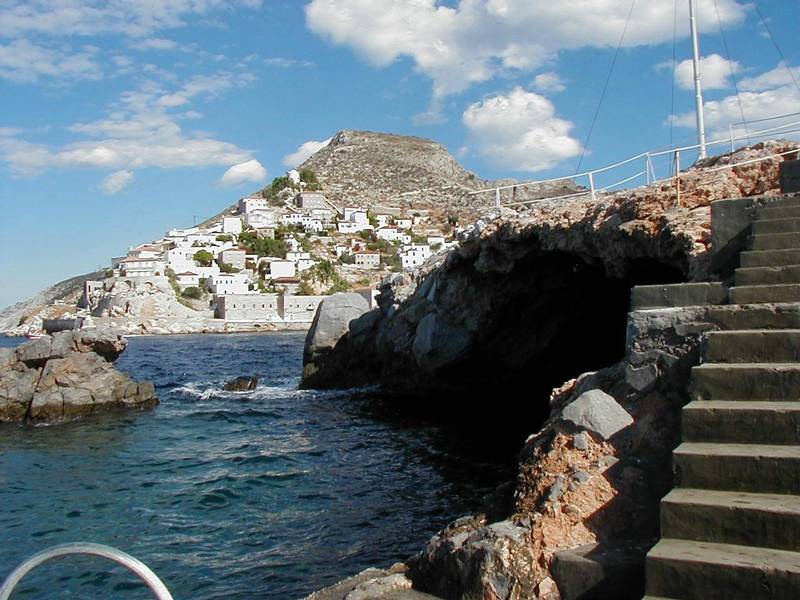