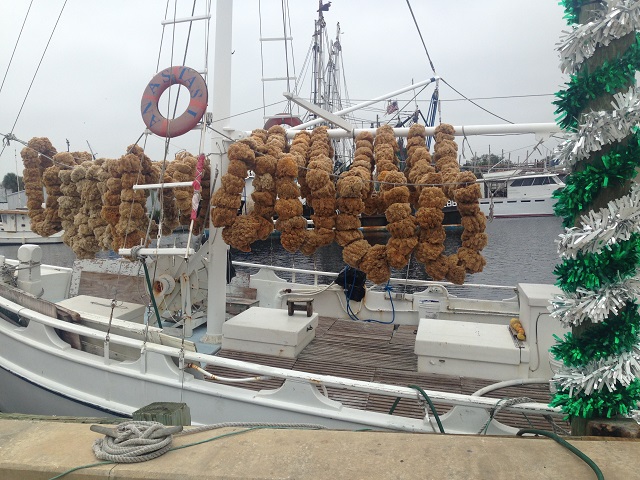 Located half way down the Gulf Coast of Florida, Tarpon Springs is a magical little seaport town of 25,000 people. Believe it or not, it also has the highest percentage of Greek-Americans than any other city in U.S. We were all amused to see a sign in the window of a waterfront gift shop saying, “You need not worry, we speak Greek here!”

Tarpon Springs was first settled as a farming community in 1876, but after farmers noticed tarpons jumping out of the bayous, it quickly converted into a fishing community.

By the 1890s, sponge diving began to thrive and divers arrived from Key West and the Bahamas. By 1900, John Cocoris developed modern sponge diving techniques with diving suits and helmets. Greek sponge divers relocated from Greece to try their luck in Tarpon Springs, and some of them even brought their own boats with them (see pictures). The sponge industry boomed in the 1980s after disease attacked Mediterranean sponges. 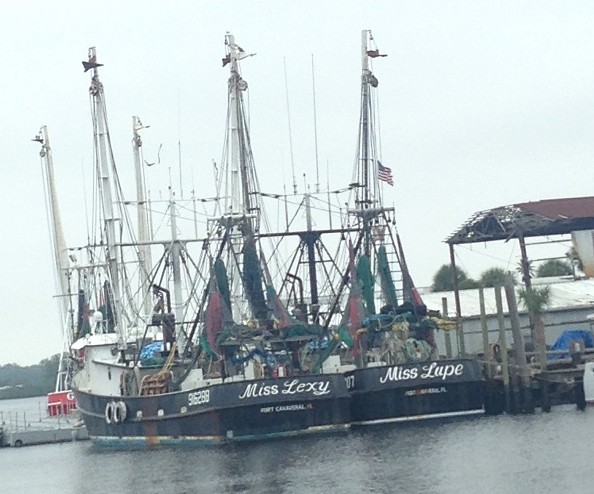 We first went to Tarpon Springs about five or six years ago and returned just a few weeks ago with our grandchildren. We enjoyed walking along the “Sponge Docks” to see old sponge boats reminiscent of those featured in the 1953 movie “Beneath the 12-Mile Reef,” staring Gilbert Roland and Robert Wagner. We popped into a waterfront shop to buy some Greek soaps with natural sponges attached—ideal for use in a hot shower or bath. 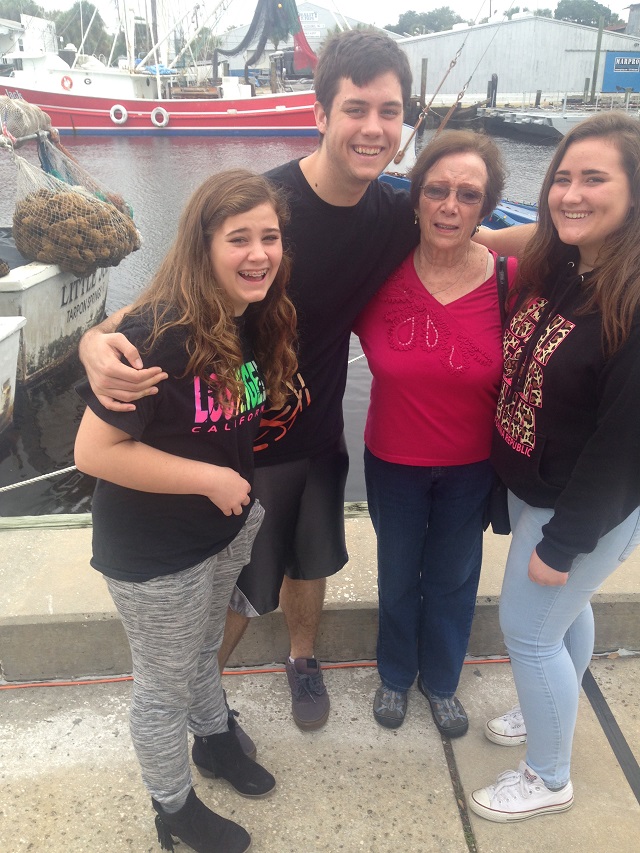 Grandkids and Maura in Tarpon Springs

We had built up quite an appetite after sightseeing and couldn’t resist going into Hellas Restaurant and Bakery for some tasty gyros. Each were laced with out-of-this-world cucumber sauce over beef and lamb slices in home-made pita bread. I also ordered a Greek coffee in a demi-tasse that was simply superb! We had an additional treat of freshly-baked Greek pastries that, of course, included baklava. We resisted scarfing down these delicious morsels too fast, but rather savored their rich taste.

While we were leaving town, we passed Saint Nicholas Greek Orthodox Church and its beautiful dome of red roof tiles. The bishop of this church blesses the waters and the sponge fleet each Epiphany (January 6th). Too bad we had to leave Florida a few days earlier than this event. Perhaps we’ll return to witness this special blessings, along with watching Greek youths dive into the waters for a golden cross next year.

Things to do in Tarpon Springs: