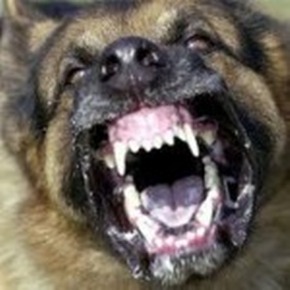 What you may be confronted with!

In a combat survival situation domestic, tracker and attack dogs present an extremely serious threat to the evader that has to be addressed.

In this type of situation it’s extremely likely that you’ll encounter dogs; do not underestimate them, they are a direct descendent of the wolf. Their eyesight is generally poor and at distances over 150 feet can sometimes struggle to detect stationary humans; however, their sense of hearing and sense of smell more than make up for this. It’s often said that dogs have monochromatic vision only but it’s probably more accurate to say that they are color- blind. Their hearing is easily twice as good as our own, picking up frequencies that humans can’t and their sense of smell is many thousands of times more sensitive than our own. They can be segregated into three categories, domestic dogs, tracker dogs and attack dogs. We’ll look at the three types in more detail and their threat to your situation.

Domestic dogs are generally only a problem if you are close to the living areas of others; they may sense your presence and make a noise, alerting others to the presence of an intruder. Guard dogs are normally chained or allowed to run free inside a compound and as such should present little problem.

Tracker dogs are used to find you by the scent trail that you leave behind when moving through open country; they are not normally a serious threat by themselves but they will have a handler with them that may be armed or a small team that will almost certainly be armed. Tracker dogs find you by the scent that your body gives off into the atmosphere and that left on things that you have rubbed against or touched including your boots; they also pick-up on smells that are given off from ground and vegetation disturbance.
They are accompanied under virtually all conditions by a handler.

Attack dogs are normally of the larger variety and are released (generally on sight of the evader) to attack and detain; there is no alternative but to kill these dogs if possible. An attack dog can kill a human being easily; to give an idea of how powerful their bite can be just look at the figures. An attack dog can exert a jaw force exceeding 150kg whereas a human jaw exerts less than 30kg; taking into account the size and shape of their teeth makes the situation even worse.

There are a number of ways the evader can help the situation, the tips below are by no means all that can be done as this is an extremely complex and lengthy subject with thousands of changing variables that affect almost every decision. The force you are likely to be evading will probably consist of two or more handler/dog teams, at least one human tracker and a number of armed personnel. It may come as no surprise that as you are dealing with tracker dogs, hiding should not be considered as an option under any circumstances; the dog and handler are a team and even if you managed to fool the dog the handler will know by the dog’s behavior that something is wrong. The best way is to keep moving taking advantage of the limitations of the force itself. Although the dog can move faster and for longer periods than you can it is slowed down by its handler; the human tracker is likely to be slower still and the armed personnel will be at the rear so as not to interfere with the dog or human tracker. Things are starting to look a little better now!

Human trackers can be very good indeed and in many ways at least on par with the dog; fortunately this can be a very slow job and with a little thought on the part of the evader even slower. The tracker will be working in two main areas, ‘ground sign’ and ‘top sign’ although many other clues will be observed. Generally speaking ‘ground sign’ consists of anything from the ground to two inches above the ground, ‘top sign’ is everything above that.

The ground sign the tracker is looking for covers many things such as discarded chewing gum, a poorly concealed fire, human waste, sand or soil on leaves, flattened grass where you have rested, cigarette ends, broken twigs that have been stepped-on, footprints, scuffed stones, disturbed vegetation. The top sign covers things such as disturbed upper vegetation, freshly broken twigs, grass leaning in the wrong direction, disturbed spiders webs, marks on fences, marks on rock faces; the list is almost endless.

The Dog and Handler

The dog and handler work as a team, the handler will not rush the dog and has complete confidence in the ability of the dog. This is the weak link; you must destroy this confidence to the point that the handler pulls the dog to where he thinks it should be. This is only possible because the dog and handler cannot discuss things with each other; once this is done the reliance is on the human tracker. The tracker will not now allow anyone to be in front of him as he is now the primary tracker and understandably does not want the ‘trail’ to be contaminated, nicely slowing things down to a more sedate level. We now come to the things that are favorable and unfavorable for the tracking team. Favorable things for the tracking team would include high humidity, thick undergrowth, marsh and bog, mist, the evader sweating heavily, light breeze blowing directly against the evader’s line of travel. Unfavorable things for the tracking team include low humidity, hot sun, heavy rain, hard stony ground, wind blowing in the direction of the evader’s line of travel, areas where other humans or animals have been, contaminated areas, rock faces, high fences, extremely difficult ground. Your personal fitness will be your best asset here. Your ability to cover extreme terrain quickly and quietly for long periods along with a little thought will pay dividends.

As this can often be a ‘life or death’ situation and it demands an explicit explanation on the methods used to kill the dog efficiently with the minimal amount of personal damage. As the dogs skeletal system is strong, almost armour plated, normal methods are useless. This being the case the methods that need to be employed are extremely unpleasant.

How Does All This Help the Traveller?

Articles like this are always a little controversial and many say that this type of knowledge is of very little use to the civilian; I think this view is largely justifiable as the adventurer/traveller is unlikely to find themselves being hunted when on their excursions. The problem for the adventurer/traveller or hiker is generally from domestic dogs that are off their leash. Many owners say that they have control over their dog because it will always do what they say. The fact is, that all dogs, without exception, will do what they are told to do to a greater or lesser extent unless they want to do something else. Even exceptionally well trained dogs are not, and never will be, 100% reliable under all circumstances. As an adventurer/ traveller or hiker you are extremely vulnerable from dog attacks; this is because you are likely to be carrying a large, heavy rucksack making you less mobile and very easy to pull off balance, not to mention the uneven ground! As you are travelling you should always have a pocket knife; this should be of good quality and should be a lock-blade of around three and a quarter inches long. It’s very important that the knife has an external clip and that the blade is one hand opening. Clip this to one side of the chest strap on your rucksack. Make sure that you can remove the knife and open it with either hand in an emergency. If you are walking where dogs may be wandering around, find a beefy, short stick two or three inches in diameter and about fifteen inches long and hold it in the hand you you don’t normally use. This is not to hit the dog with but to offer it to bite on. Domestic dogs will generally go for what is put in front of them first. If a dog runs toward you aggressively, remove the knife with your preferred hand and open it; keep the knife away from the dog and close to your side. Offer the stick to the dog and when it bites the stick twist it slightly to expose the dog’s lower side; bring the knife up underneath the dog with the blade’s edge away from you. Now push the blade in to the soft tissue to the rear of its front legs and extend your arm, forcing  it to the rear of the dog away from you along its underside; the dog will yelp and drop to the floor immediately. Now put your foot across the dog’s mouth applying plenty of weight and dispatch the dog quickly by pushing the blade through the dog’s eye to the grip and then apply a sharp blow to the haft of the knife with the palm of your hand forcing it through the brain. Remove the knife before removing your foot.

If you’re with a friend, keep yourself directly between them and the dog with the distance between you both around six feet so that you have a bit of working space but are close at hand.

Some say that a stick is best, my experience is that prodding the dog only makes it more aggressive and a large stick is difficult to control quickly or in a tight space. It should also be said that it’s extremely unlikely that you’ll get away completely unscathed; it’s more of a damage limitation exercise really.

All this sounds very nasty indeed but it’s either you or the dog. Dog attacks can be fatal and virtually all bites run a very high risk of infection. If you’re travelling in a foreign country it can be expensive not to mention painful and debilitating. If you delay you’ll lose your advantage, resulting in a frenzy where you are likely to injure yourself with your own knife prodding at the dog while it’s moving all over the place.  Remember, it was the dog’s choice to be aggressive, not yours. Your main priority is to keep yourself safe. Your main objective is to kill the dog outright, don’t try and frighten it or just injure it; the dog is far too good to be given a chance.

We often skirt this type of stuff because we don’t wish to be seen as cruel or insensitive by others. As a traveller/adventurer your main priority has to be keeping yourself safe and knowing how to deal with this kind of stuff is only a small part of it.

Hopefully, you will never have the need to deal with this type of situation and I sincerely hope that this is the case. Fortunately, knowledge can be stored, it doesn’t always have to be used. 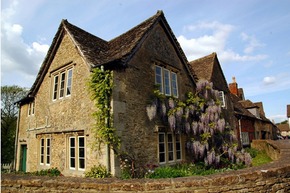 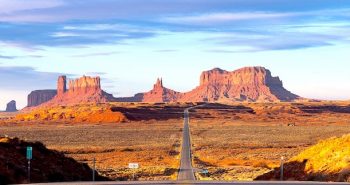 Important Steps to Take Before Travelling

Packing up your bags and heading out for a well-deserved vacation is one of the greatest feelings in the world. We all deserve some stress-free...

Attention Travelers! 10 Things not to miss...

Dubai is the haven of love, the city has unlimited scope for tourists. I still cherish my trip to the city. It was a memorable experience, my hubby... 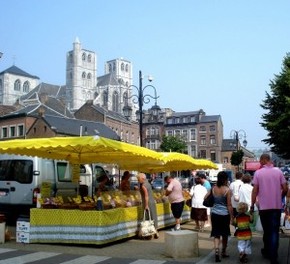