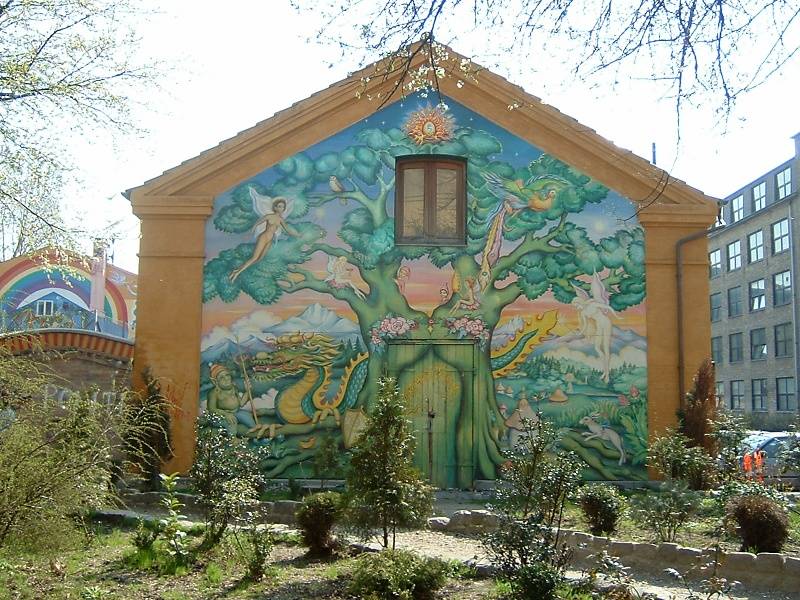 Discover the History and Attractions of Denmark’s Famous “Free City”

The “free city” of Christiania began as a social experiment in the 1970s and has since become a unique tourist attraction for visitors to Copenhagen.

Nestled within the peaceful neighborhood of Christianshavn in Copenhagen are what at first glance appear to be a series of mundane buildings festooned with colorful paintings of marijuana leaves, rainbows and a distinctive motif of three yellow circles. This is the gate to the legendary “free city” of Christiana, a social experiment founded back in the heady days of the 1970s during the height of the youth rebellion.

The Origins of the “Free City” of Christiania

In 1971, a group of idealistic young people moved into the abandoned army barracks in Christianshavn in order to form a radical new society. Here they could practice free love and experiment with drugs and alternative lifestyles away from the constraining bonds of conventional society. The Danish government, also under the influence of the times, allowed the squatters to remain, designating the alternative community as a “social experiment” where new forms of communal living could be explored.

Despite sporadic disputes with the government and disapproval from some segments of the larger population, Christiania continued to flourish and, over the years, became a tourist destination for those looking for something off the beaten path when exploring Copenhagen.

A Unique Tourist Destination in Copenhagen

Christiania is probably best known for its infamous “Pusher Street” where marijuana and hash were once sold openly in a series of booths along the main drag. The possibility of smoking marijuana without fear of prosecution was obviously the main attraction for many visitors to Christiania, but there are other things to see and do there as well.

Christiania offers a wide variety of places to eat and drink as well as concerts and even shopping. There are concert venues, the most well known being the Musikloppen or “Music Flea” which has been the stage for both well and lesser known bands over the years. The Spiseloppen or “Eating Flea” is a critically acclaimed restaurant that also serves as an exhibition area for local artists. There are shops selling everything from T-shirts to organic food to arts and crafts.

During the Christmas season, Christiania hosts its own Christmas market, a refreshing alternative to the traditional Christmas markets where visitors can purchase unusual and exotic gifts and just take in the atmosphere.

The End of Denmark’s Social Experiment?

A tourist visiting Christiania in the 1980s or 1990s would have been struck by the cheerful anarchic attitude pervading the place. It felt like a different world, unfettered by the conventions of traditional society, a hippie paradise. However, with the election of the center left government in 2001, Christiania’s future is now in serious doubt. Plans are underway to “normalize” the area and drugs are no longer sold in the open. The same tourist visiting after 2004 would immediately notice the difference. Pusher Street is still there, but nearly abandoned with the few booths that remain selling only drug paraphernalia.

The restaurants, shops, bars and music venues are still open, however, and the area still retains its Bohemian atmosphere. But there is now an obvious police presence and it feels as much of the spirit had already left. The plans for normalization are still going ahead despite opposition from its residents and it looks as if the social experiment, after these many years, has finally come to an end. The land is very valuable to developers.

Christiania is a car free zone. The best way to visit is to take the Metro in downtown Copenhagen to Christianshavn or Bus Number 66 (towards Refshaleøn) to Prinsessegade. Guided tours of Christiania are available and details on how to book them are on the Rundvisning website. 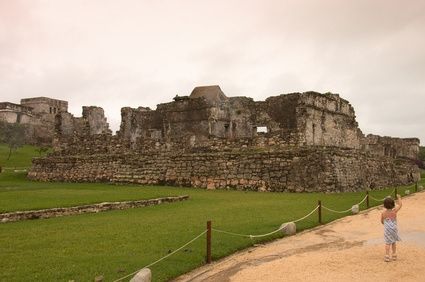 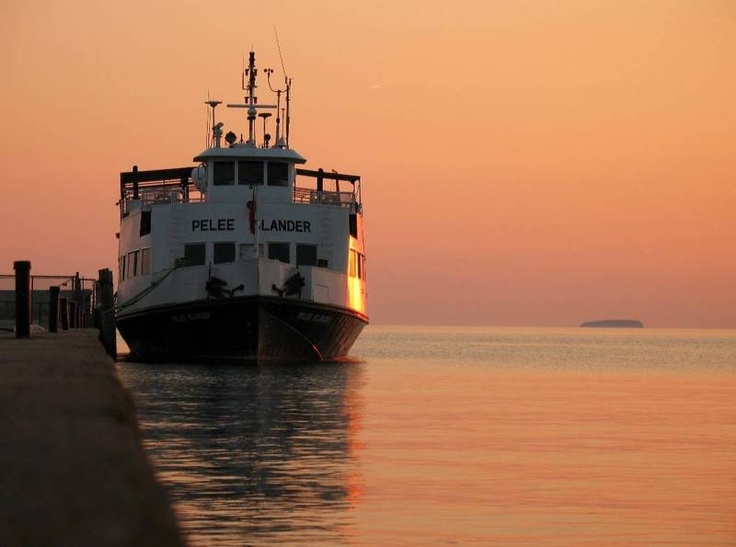 Pelee Island in southern Ontario, Canada, is a perfect getaway for travelers who are very serious about getting away. Want to go to Key West without... 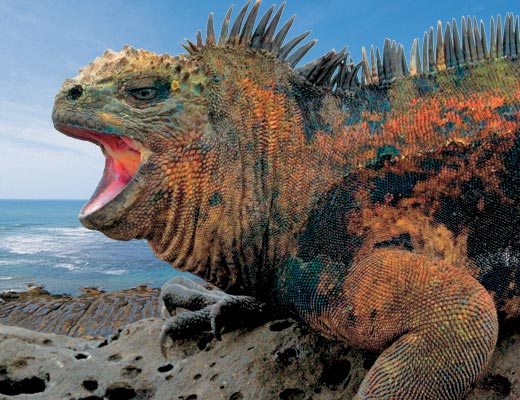 Get to know the highlights of Ecuador and Peru, like the Galapagos Islands, the majestic Cotopaxi, the fantastic Macchu Picchu and the colonial town...