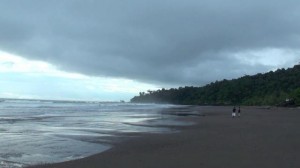 Choco remains largely unvisited and unknown by visitors to Colombia and Colombians alike, now is the time to visit.

Choco is located between the spine of the western edge of the Andes and the Pacific Ocean while bordering Panama in the north. Offering a cornucopia of sights smells and sounds to the visitor Choco is recognised as being one of the most bio-diverse regions on the planet. Receiving more than its fare share of rainfall per year, a staggering 6 meters, Choco is bursting with life in the form of virgin rainforests and an abundance of marine life. The department is sparsely populated and its inhabitants comprise of native Embera Indian tribes and the descendants of African slaves.

Primarily a fishing village but also a tourist destination between the months of May and September when catch and release sports fishing competitions are hosted here and the annual birthing and migrating patterns of the gargantuan humpback whales can be enjoyed. So prevalent are the whales to this expansive bay that very often they can be spotted breaching out at sea from the shore. Crystalline waters tumble from the hills creating clear rivers and waterfalls within easy hiking distance from the town.

Other attractions around Bahia Solano

Visitors must take time and visit the deserted beaches of Mecana and Huina. Scuba diving in the area is also excellent with opportunities to see whales, sharks, dolphins, turtles and massive groupers that frequent the wreck of the scuttled artificial reef of the former navy boat Sebastian de Belalcazar.

The capital of the Choco and the region’s largest city, Quibdo is situated along the banks of the Atrato River in the interior of the department. A poorly guarded secret among Chocoanos, Quibdo is said to be the party capital of the Pacific region. The San Francisco de Asis Cathedral towers above all buildings and is the principal reference point in the city.

While there is little to attract the visitor to Quibdo, the charm of the city’s inhabitants will not be lost on the tourist. Look beyond the decaying and humidity stained architecture to chat with the juice vendors along the riverfront and study the bizarre selection of jungle fruits on offer in the market.

A longstanding ecotourism destination of choice for residents of Medellin, Nuqui boasts a dramatic coastline with rocky promontories and stretches of beach ideal for surfing. Boasting numerous award winning eco lodges along the beaches to the north and south of the town, Nuqui is an ideal jumping off point for expeditions and adventures along the Choco coastline.

Other attractions around Nuqui

Thanks to the infrastructure created for tourism one can easily rent kayaks to further explore the area. Diving and snorkelling are offered at many places and hikes to hot springs are very much the norm. Day trips to the nearby Utria National Park can be organised as well.

Off season El Valle serves as a remote outpost on the Choco coast at best. The town is routinely without electricity and often short on food. Accommodation is possible to find should you wish to stay in the town centre although you are recommended to head half a kilometre out of town to the stunning beach El Almejal.

Getting there and away

The populations of Bahia Solano, El Valle, Quibdo and Nuqui are, put bluntly, isolated. The one road on the pacific coast is often unserviceable and impassable due to heavy rains, mud flows and rivers bursting their banks. Therefore sea and air travel are the most usual ways (and safest) of getting around.

Satena has frequent flights to all of the above towns aside from El Valle which has no airport. For more information on domestic flights within Colombia.

Choco is considered a central part of the zona roja in Colombia, meaning it has a significant amount of military presence and is key in the conflict between the warring factions and the cocaine trade. In recent years the government has made significant progress in securing the area.

* Caution must be exercised and information sought when visiting the region. Heed local advice.

* Anti malarial drugs are recommended as is a good supply of repellent.

* Bring a flashlight and enough cash for your whole trip. The only bank and cash point on the coast is in Bahia Solano. 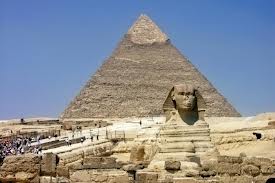 Travel to Egypt on your own or in a small...

Though one of the richest countries with the history of a great civilization and god-sized remnants of its legacy to our...