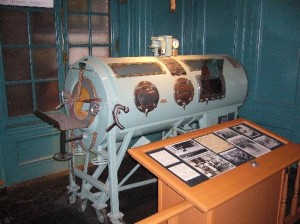 Chicago is world renowned for its incredibly diverse collection of museums. With over 40 to choose from, highlights range from dinosaur fossils to submarines to 1960s pop art to surgical instruments—ensuring something for every age and interest. Most museums are open every day, some offer free admission and many have weekly or select free days.

In the aquarium’s award-winning Wild Reef exhibition unveiled in 2003, guests come face-to-face with more than 25 sharks—one of the most diverse shark exhibits in North America. With more than 500 aquatic species in all, this recently renovated exotic Coral Reef exhibit recreates the marine ecosystem and conservation efforts of Apo Island, an Indo-Pacific island in the Philippines, and demonstrates the crucial role coral reefs play in the health of oceans. Guests can watch daily feedings at the Coral Reef, where a diver hand-feeds fish and answers audience questions about the different species.

After exploring the oceans, visitors can gaze at the heavens from the neighboring Adler Planetarium & Astronomy Museum (1300 S. Lake Shore Dr.). This museum allows guests to lean back and relax as one of several planetarium sky shows takes them on a journey into outer space. Shows in its all-digital, 360-degree 3D Definiti Space Theater transport visitors to planets, moons and distant galaxies, and cover breaking space news. And, in 2011, the Grainger Sky Theater reopens with the latest in leading-edge technologies, theater-quality sound, custom special effects and a new marquee show immersing visitors in the adventure of space exploration.

Adler’s newest and most immersive hands-on exhibition ever, Planet X, turns 3 to 8 year olds into space adventurers. Kids role-play (space scientists, astronauts and space explorers) and climb, crawl, fly, land and excavate their way to the discovery and exploration of the mysterious Planet X. Shoot for the Moon, Adler’s new permanent exhibit from fall 2006, follows the life of Captain Jim Lovell and provides an interactive look into America’s plans to return to the Moon.

Mummies, Egyptian tombs, Native American artifacts, dinosaur skeletons and other specimens for the fields of anthropology, botany, geology and zoology are on display at The Field Museum (1400 S. Lake Shore Dr.), a world leader in natural history. The renovated Grainger Hall of Gems reopened in October 2009 with 600 gemstones and gems and 150 pieces of eye-popping jewelry. Museumgoers can see old favorites like the 5,890-carat Chalmers topaz, unusual nature formations and never-before-seen creations from top jewelry designers. In May 2008, the Daniel F. and Ada L. Rice DNA Discovery Center opened as the Field Museum’s newest permanent exhibition. The center studies the diversity of life on Earth and features the state-of-the-art Pritzker Laboratory, the only facility in the world that allows visitors to watch DNA research up close.

The city’s oldest cultural institution is the Chicago History Museum (North Ave. and Clark St.). Through artifacts, dioramas, photographs, paintings and video presentations, the museum tells Chicago’s complete story, from early frontier days to the present. Museum highlights include ‘L’ Car No. 1, the very first elevated train car to run on Chicago’s tracks, Abraham Lincoln’s deathbed, and artifacts from Chicago’s sports history and the Great Chicago Fire. The museum’s American History Wing features the exhibition, Facing Freedom, which looks at how conflict in the U.S. has influenced the meaning of freedom. After a massive renovation in 2005–06, this museum reopened in September 2006. Audio tours are included with museum admission.

The Museum of Science and Industry (5700 S. Lake Shore Dr.) is the largest science museum in the Western Hemisphere and one of the city’s most popular attractions. Ever wonder how a tornado works? With the museum’s new 26,000-square-foot, interactive Science Storms exhibit, find out and experiment with the chemistry and physics behind this and other natural phenomena: lightning, fire, tsunamis, sunlight, avalanches and atoms in motion. Video presentations and 200-plus artifacts—from Sir Isaac Newton’s Opticks, circa 1704, recording his first physics-of-light experiments to the giant buoy that recorded a tsunami resulting from a magnitude 8.3 earthquake in Russia’s Kuril Islands—add to this unprecedented permanent display. Control a tornado; trigger a lightning bolt; or unleash a tsunami. Other unusual exhibits include a U-505 German submarine (captured in 1944, on display here since 1954, restored in 1997–99 and moved indoors in 2004), the only remaining submarine of its type and a National Historic Landmark. Veteran’s testimonials, interactive replicas and reenactments are part of this underground, climate-controlled submarine exhibit opened in 2005.

The DuSable Museum of African American History (740 E. 56th Pl.) is dedicated to the collection, documentation, preservation and study of the history and culture of Africans and Americans of African descent. Permanent and special exhibitions, performances of music and dance, film presentations and educational seminars are offered.

The cultural diversity of Chicagoans has created a unique demand for neighborhood museums that focus on ethnic heritage. Mexican, Polish, Lithuanian, Swedish, Greek and Ukrainian residents and visitors can find collections featuring these histories. More than 3,500 years of Jewish history are explored at Spertus Museum (618 S. Michigan Ave.), which features over 10,000 artifacts, objects and artworks. Through 2012, delve into local history at itsUncovered & Rediscovered: Stories of Jewish Chicago exhibit. Founded in 1968, Spertus Museum opened this facility designed by the award-winning Krueck + Sexton Architects in fall 2007. Seminars, lectures and public programming are offered year-round.

Several Chicago museums explore particular aspects of the visual arts. The Art Institute of Chicago (111 S. Michigan Ave.), one of the world’s leading art museums and America’s second largest, houses over 300,000 works of art. A renowned impressionist and post-impressionist collection of works by Monet, Renoir, Degas, Van Gogh, Gauguin and others is part of its holdings. Visitors can study classics such as A Sunday on La Grande Jatte–1884 (Seurat), as well as later masterpieces such as Nighthawks (Edward Hopper) and Inventions of the Monsters (Salvador Dali). The Ryan Education Center helps young visitors appreciate art from around the world with art exhibits, 1,300-plus picture books, and interactive computers, videos and games.

This museum’s 2009 Modern Wing is a sparkling temple of steel, glass and limestone. It is the Art Institute’s largest structure since its familiar Beaux-Arts edifice along Michigan Avenue rose in 1893 atop rubble from the Great Chicago Fire. Celebrated architect Renzo Piano designed this new wing and its Nichols Bridgeway (a pedestrian bridge connecting the museum and Millennium Park).

The Museum of Contemporary Art (MCA; 220 E. Chicago Ave.) explores art dating from 1945 to present-day with a strong focus on surrealism, minimalism, conceptual photography and work by Chicago-based artists. Iconic pieces by Jasper Johns, Chuck Close and Andy Warhol are seen alongside a diverse rotation of temporary exhibits, demonstrating the many facets of contemporary visual culture. Art workshops, lectures and musical performances are held at the MCA regularly.

Loyola University Museum of Art (LUMA; 820 N. Michigan Ave.) opened on the university’s Water Tower campus in October 2005. LUMA is dedicated to exploring art in relation to spirituality—illustrated by the first-floor lobby’s “five windows of faith,” representing the five major world views of Hinduism, Judaism, Buddhism, Christianity and Islam. As a museum with an interest in educational programming, LUMA reflects the university’s Jesuit mission and is dedicated to helping people of all creeds explore the roots of their own faith.

A resident organization of Columbia College, the admission-free Museum of Contemporary Photography (600 S. Michigan Ave.) is the one of the Midwest’s only museums committed exclusively to photography. Chicago is also home to the National Vietnam Veterans Art Museum (1801 S. Indiana Ave.). This collection includes 1,500-plus works of art, including paintings, drawings and sculptures, created by over 100 artists from around the world that served in the Vietnam War. An audiovisual presentation and artifacts of war are also on display. Also, works by veterans of all conflicts are highlighted in special exhibitions.

Jane Addams Hull-House Museum (800 S. Halsted St.) on the University of Illinois Chicago campus is also newly renovated. This national landmark now displays Addams’ bedroom along with other new and restored exhibits that expand on her life, and recount the organization’s role in the social settlement movement and the city’s immigrant communities.

The Museum of Broadcast Communications (MBC) is one of the very few broadcast museums in America and home to the National Radio Hall of Fame. Opened in 1987 in Chicago’s South Loop, the MBC was located in the Chicago Cultural Center from 1992 until 2003. While this museum only exists online for now, it will reopen its new, “green,” 62,000-square-foot facility (State and Kinzie Sts.) in late 2011.

The 150-year-old Notebaert Nature Museum of the Chicago Academy of Sciences (2430 N. Cannon Dr.) is the only museum that specializes in the ecology and natural history of the Midwest, from the Great Lakes to the prairies, and from rural to urban areas. This museum offers several permanent and visiting exhibits, summer camps and family-friendly overnight programs.

Brochures and information on Chicago’s exciting events and activities are also available at the Visitor Information Centers. Friendly Visitor Representatives can answer questions and assist families in planning an unforgettable itinerary. The visitor centers are located in two of the city’s most popular areas: across from Millennium Park in the Chicago Cultural Center, 77 E. Randolph Street; and at the historic Water Works pumping station, 163 E. Pearson Street at Michigan Avenue.

Article provided by The Chicago Office of Tourism 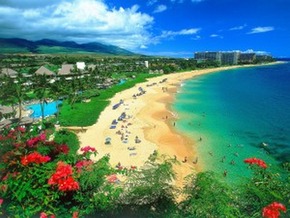 Hawaiian Paradise: Which island is right for...

The Hawaiian Islands are an archipelago of eight major islands, six of which are accessible to tourists. While Hawaii’s diverse natural... 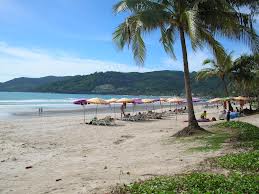 Letting loose in Thailand can be an unforgettable experience, even to the partiers with the most fickle of tastes. While almost any beach can provide...